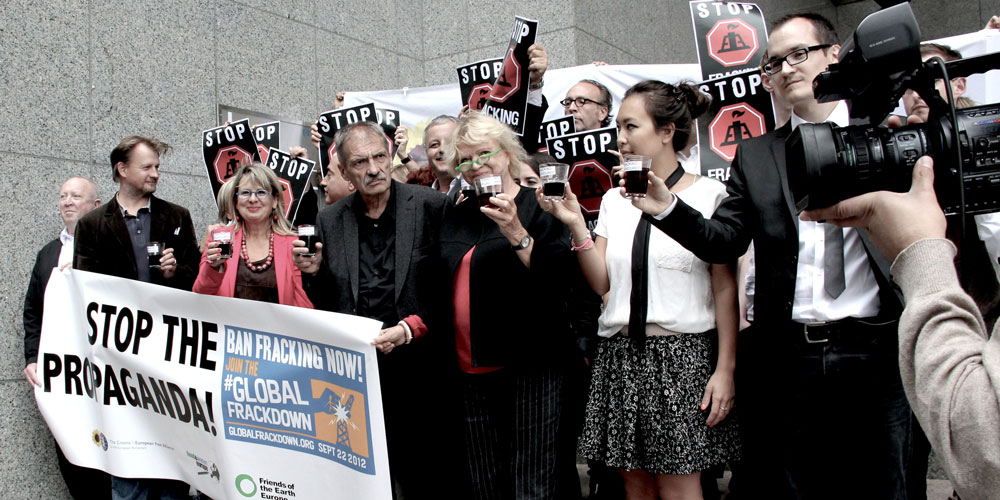 Europe risks side-lining its vision for a more sustainable, low-carbon energy future, according to a new report from Friends of the Earth Europe, unless it permanently closes its doors to unconventional and unwanted fossil fuels like shale gas.

In the week of two European parliamentary votes on shale gas, the report, ‘Unconventional and unwanted’ says that shale gas could lock Europe into continued dependency on fossil fuels, at the expense of renewable energy, energy savings and significant reductions in climate-changing emissions.

Increasing evidence shows ‘fracking’, the process used to extract shale gas, is an unambiguously high-risk activity that threatens human health and the wider environment. The high risk of water contamination, and air pollution with hazardous chemicals, are both recognised in a recent European Commission study.

Antoine Simon, shale gas campaigner for Friends of the Earth Europe said: “Fossil fuels like shale gas are unconventional and unwanted – they threaten the health of local communities, and the environment. They also threaten to lock Europe into fossil fuel dependency, side-lining renewable energy developments, energy savings and Europe’s commitment to a low-carbon future.”

The environmental impacts of shale gas and other unconventional fuels (such as coal bed methane) are being underplayed in the debate on Europe’s energy future, and rely upon unproven technologies like Carbon Capture and Storage (CCS), and gaps in current European legislation to make them attractive to investors and decision makers, the report finds.

Local opposition to the threat of shale gas continues across Europe, with a global day of action against fracking this Saturday (September 22). Bans on fracking are already in place in France and Bulgaria, and there are moratoria in regions of Germany and Czech Republic, and in the Netherlands.

Antoine Simon continued: “Concerned communities and organisations across Europe are taking action against shale gas development. People see what’s happening in the US and don’t want to see the same dangerous experiment on health and the environment conducted in Europe.”

Friends of the Earth Europe is campaigning for European member states to suspend on-going activities, retract permits, and place bans on any new projects, whether exploration or exploitation. Europe must embrace a low-carbon energy model, based on renewable energy and improved energy savings – the only genuine path towards an environmentally sustainable and healthy future