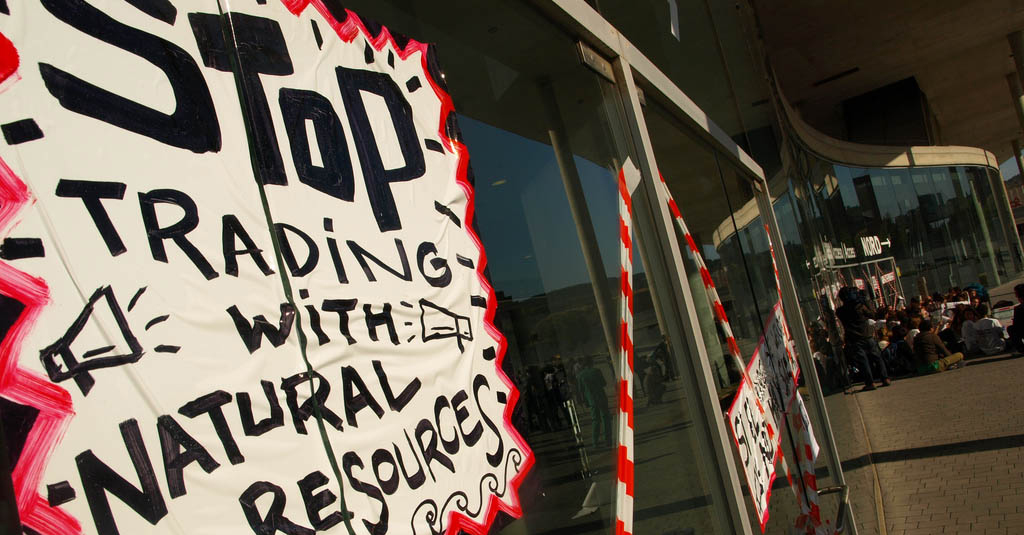 Brussels, 5 November 2008 – Friends of the Earth Europe has expressed severe concerns about the ‘Raw Materials Initiative’ announced today by the European Commission [1] which it says will have a detrimental effect on the environment and developing countries.

The plan outlines ways that the European Union, member states and industry could avoid raw material shortages in the future.

The environment group pointed to fundamental contradictions in the document which, on the one hand, reiterates the need for increased resource efficiency and recycling of raw materials and on the other, spells out aggressive plans to grab other countries’ resources.

Environmentalists are particularly concerned that the proposals challenge other countries’ rights to restrict trade on environmental grounds and their ability to process raw materials themselves. According to Friends of the Earth Europe, the proposals aimed at improving the EU’s ‘security of supply’ of raw materials succumb to the selfish interests of Europe’s industries and are at odds with the long-term sustainability of the natural resources sector.

Charly Poppe, trade and economic justice campaigner at Friends of the Earth Europe said: “Europe’s wish to feed its insatiable appetite for raw materials has translated into a direct attack on developing countries’ sovereignty over their natural resources – this sends a very bad signal to the world and is damaging the EU’s reputation as a frontrunner in development and environmental protection.”

“The EU should instead support developing countries’ efforts to diversify their economy, reduce their export dependency on primary raw materials and protect their exhaustible natural resources. Strong regulation in Europe should not be bypassed by deregulating raw materials markets abroad,” said Charly Poppe.

Friends of the Earth Europe is also deeply disappointed by the fact that a number of proposals from the European Parliament on trade in raw materials [2] have been ignored in the European Commission’s initiative, such as the recognition of the right of countries to restrict access to their raw materials for environmental purposes and the proposals aiming at improving regulation in raw materials markets as well as sustainable resource governance.

Friends of the Earth Europe points out that in many resource-rich countries, natural resources are still exploited beyond a sustainable level, spoiling natural habitats, displacing local communities, affecting people’s livelihoods and even fuelling armed conflicts – a phenomenon called the ‘resource curse’. This is because most of the time, economic considerations in the resources sector still prevail over environmental ones. By overlooking these problems in its new strategy, and eluding its responsibilities, the EU risks further exacerbating these negative trends, according to Friends of the Earth Europe.

Charly Poppe concluded: “The world race for raw materials must not lead to unbridled exploitation of natural resources. The EU should use its market power to put forward conditions and rules for this race, but more than anything, what is needed now is to turn the EU into a low-resource society.”