EU hitches itself to climate-incompatible gas subsidies until 2027 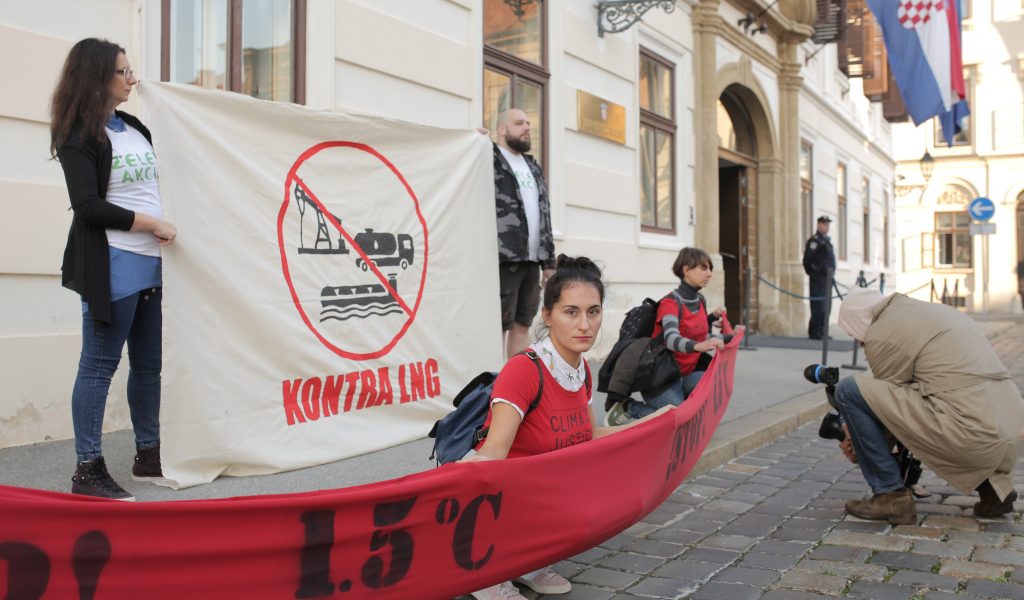 The European Parliament today voted to approve a 7-year extension of EU subsidies for climate-wrecking fossil gas projects, as part of the new budget.

While the climate emergency rightly takes more and more space in the political debate, it is still business-as-usual when opportunities to withdraw from fossil fuels come up, said Friends of the Earth Europe.

This decision means new mega-pipelines for gas or Liquified Natural Gas (LNG) terminals can continue to be funded by public EU money until 2027, and the next EU budget will not bring an end to subsidies for fossil fuels.

“We’re on the verge of climate breakdown, mostly due to our fossil fuel addiction, but the European Parliament has given the go-ahead to another near-decade of public subsidies for fossil fuels. Despite their platitudes, our political leaders are still letting the fossil fuel industry pull the strings on our more and more precarious climate future.”

“With crux UN climate talks happening in Poland right now, and people in many countries rallying for action, citizens are showing they won’t stand for this kind of criminal hypocrisy over the climate.”

Today’s vote, which is part of ongoing negotiations to agree the EU budget for the period 2021-2027, concludes the discussions in the European Parliament on the Connecting Europe Facility (CEF). This proposed €43.3 billion infrastructure programme will partly finance key energy projects included in the ‘List of Projects of Common Interest’. While such projects are meant to make Europe’s energy system more resilient and able to achieve climate goals, more than half of the energy spending in the current CEF – totalling nearly €1.5 billion – has so far funded new climate-wrecking fossil gas infrastructure.

One illustration of the waste and misuse of this funding is the financial support given to the climate-damaging Krk LNG terminal in Croatia. After the EU Commission granted it a €101 million subsidy in February 2017, the project is now in limbo: so far there’s been little indication that companies are interested in using the terminal, and the project has already had to downsize.

Friends of the Earth Croatia / Zelena akcija has now launched a legal action against the Croatian government for its approval of the terminal on the island of Krk. The project is only viable because of support from EU taxpayers.

“The EU cannot say it is serious about keeping temperature rises below 1.5°C and at the same time finance new fossil fuel infrastructure such as the Krk gas terminal in Croatia. This is a grossly irresponsible waste of scarce public financial resources by both the European Commission and the Croatian government, and will create future stranded assets rather than the renewables-based energy system we need.”

Friends of the Earth Europe today released a mythbuster which deconstructs arguments used by the promoter of the Krk project and exposes its climate, environmental, economic, and democratic flaws.

It should not receive EU #PCI #CEF funds: Croatia & the CEF should go #FossilFreehttps://t.co/ayjf5vLUa5 @Zelenaakcija pic.twitter.com/g0GYwOKDdw

A previous Friends of the Earth study has shown new gas infrastructure is incompatible with the ambitious energy transition Europe needs to limit global warming.[6]