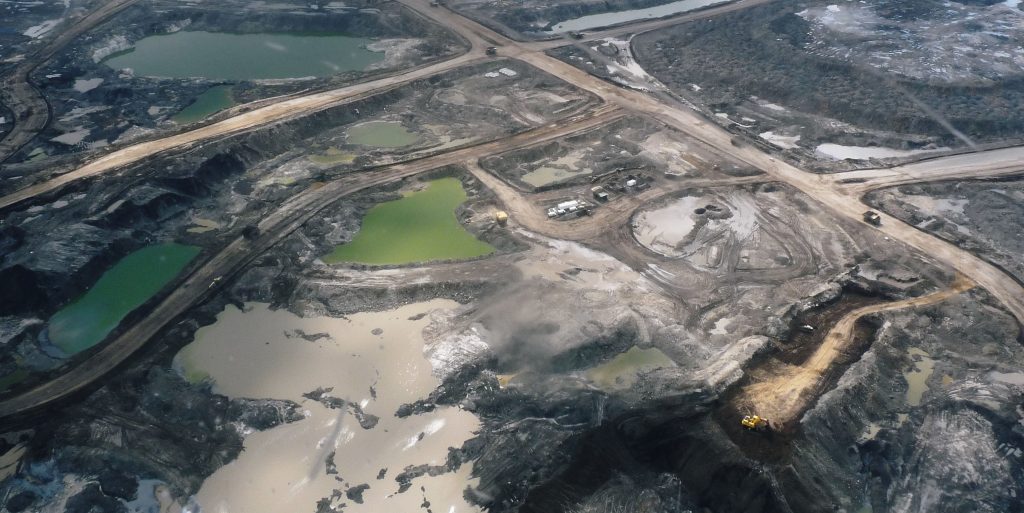 Brussels, May 5 – On the day of an EU-Canada summit, a new report [1] released by Friends of the Earth Europe warns that global development of tar sands [2] will magnify the climate crisis and damage the EU’s environment and development objectives.

Pressure is on high-level representatives from the EU and Canada to discuss the issue of tar sands and Europe’s aim to limit greenhouse gas emissions from fossil fuels through its Fuel Quality Directive. Political attention currently focuses on Canada as the major producer of oil from tar sands, but the new report reveals that investment by European oil companies – such as BP, Shell, Total and ENI – is expanding with developments around the world including in the Republic of Congo, Venezuela, Madagascar, Russia, Jordan and Egypt, with potentially disastrous consequences for the climate and local communities.

Darek Urbaniak, extractives campaigner for Friends of the Earth Europe said: “Europe risks becoming a climate villain if it does not take effective action to prevent the entry of oil from tar sands into European markets. The environmental damage caused by tar sands may be outside the EU, but the trail of destruction leads to its door.”

The report reveals that the current EU proposal for the implementation of the Fuel Quality Directive does not penalise oil products from high-carbon sources, treating oil produced from tar sands as conventional oil. This could allow an influx of oil from tar sands – heavily criticised for its poor environmental and social record – into Europe.

Paul de Clerck, economic justice campaigner for Friends of the Earth Europe said: “The Fuel Quality Directive is supposed to benefit the climate, but the latest proposal from the European Commission leaves the European market wide open for energy-intensive fuels produced from tar sands. The EU should be a global standard-setter, and should refrain from giving political or financial assistance to tar sands projects, instead incentivising low carbon projects like renewables.”

The vast infrastructure and capital requirements of tar sands (estimated around US$ 379 billion in the next 15 years in Canada alone) would be better spent financing the shift towards a low-carbon economy, and on efforts to meet the Millennium Development Goals, the report says.