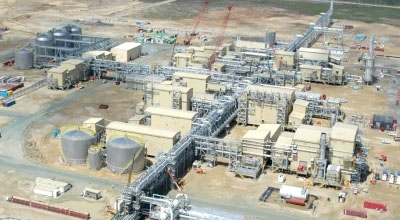 The Kazakhstan government suspended activities in August accusing the consortium operating the field of environmental violations, but this week the oil companies, the Italian government and the European Commission have been pushing for an agreement to conclude the ongoing renegotiation of the Production Sharing Agreement (PSA) and restart operations in Kashagan.

Friends of the Earth Europe, Friends of the Earth France, Campaign to Reform the World Bank, CEE Bankwatch and Globus have just completed an international fact finding mission organized to asses the environmental, social and health impact of the Kashagan oil field development. Investigations were conducted in the Atyrau and Mangistau regions (cities and vicinities of Aktau, Atash, Atyrau, Bautino, Bolashak, Karabatan and Koshanai) – locations of the onshore operations of the Agip Kazakhstan North Caspian Operating Company N.V. (AGIP KCO).

Based on the findings and previously conducted research, the NGOs express serious concern about environmental, social and health effects of the field development. NGOs collected evidence that sulphur emissions and storage pose serious threat for the communities close to the Kashagan oil facilities and for the Caspian environment. Thousands of people have been already relocated in the region because of emissions of sulphur and other highly poisoning chemicals such as mercaptans, which are present in Northern Caspian oil. Unprotected storage of large quantities of sulphur is also recognized to be a major cause of acid rain on a global level.

Darek Urbaniak, Extractive Industry Campaign Coordinator for Friends of the Earth Europe said:
“EU Energy Commissioner Andris Piebalgs is set to head to Kazakhstan to defend European oil companies whose operations may cause severe environmental damage and violate access-to-information laws. It is not acceptable that the European Commission prioritises EU energy security over the people of Caspian region’s right to healthy lives and a safe environment.”

According to Gwenael Wasse, Corporate Social and Environmental Responsibility Campaigner at Friends of the Earth France:
“While the media attention is currently focused on ENI as a project operator, the other consortium’s companies also share a big responsibility in the potentially catastrophic impacts of the operations. For instance, Total should be aware that being part of the Kashagan project seems very contradictory with its sustainable development voluntary approach, may it be only in regard to insufficient transparency and environmental assessments.”

Elena Gerebizza of Campaign to Reform the World Bank said:
“Governments and institutions financing Kashagan should look at the threat that the developing of this project may pose to the hundreds of thousands of people living in the Northern Caspian. Before pushing for a conclusion of the current renegotiation of the PSA, the Italian Prime Minister Romano Prodi should ask AGIP KCO to release all information available on the health and social impacts that waste treatment, sulphur emissions and storage will have on the people and the whole fragile Caspian ecosystems. As requested by the local communities, he should promote an independent assessment of the impacts of the project before operations in Kashagan reopens.”

Galina Chernova, Director of Globus said:
“The potential risk of this project to the local population and environment can not be overseen by the companies in the long term. The needs and concerns of the people living in this region are still to be addressed.”

Manana Kochaldze, Regional Coordinator of the CEE Bankwatch:
“European Bank for Reconstruction and Development (EBRD) financed Bautino Atash marine and support base is more than infrastructural development. Sulphur and mercaptan emissions from oily water processing and treatment of wastes transported here from Kashagan offshore facility may severely impact the thousands of people living in the area. EBRD should stop financing this project until an independent assessment of the health and environmental impact will be undertaken.”

Prior to the mission the NGOs had requested a meeting with the AGIP KCO in its head office in Atyrau in order to acquire updated information on the environmental, social and health impact of their operations. Despite fulfilling the consortium procedures the NGOs request has been denied.