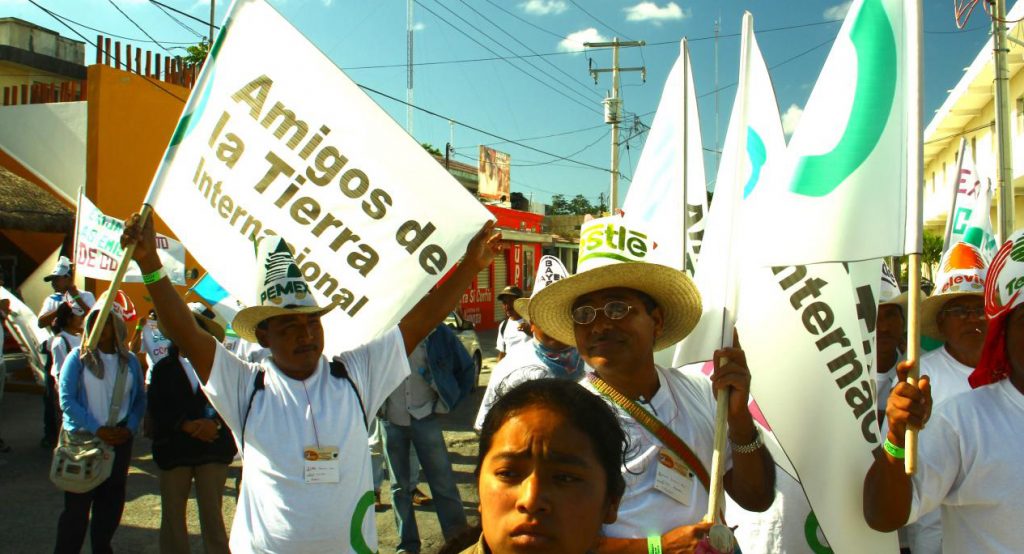 Cancún, Mexico / Brussels, Belgium – UN climate negotiations have ended after two weeks of negotiations in Cancún, Mexico with a weak adopted package that leaves the world further away from a just and strong agreement on tackling dangerous climate change.

It is a package that has prevented collapse but has failed on the most important essential part – the substance.

Friends of the Earth Europe criticises the role of industrialised rich nations, including the Europe Union. The EU did not fulfil its promise to play a progressive role by hiding behind inaction from other countries and using the climate negotiations to push for the expansion of carbon markets.

Susann Scherbarth, climate justice campaigner for Friends of the Earth Europe said: “Justice was not done in Copenhagen – and neither was it done here in Cancún. It is a shame that we are again left with another weak agreement that could lead to catastrophe. There is a long and challenging way to go to achieve a strong and fair agreement we need.”

The adopted package could put the planet on track to catastrophic temperature increases of up to 5°C.

Despite setting up a Green Climate Fund and recognising that current emission targets are not enough and have to be scaled up, real substance to prevent catastrophic climate change is missing. Key provisions are still in doubt – the future legal framework is unclear, deep emission cuts for rich industrialised countries are missing, it brings in the pledge and review system from Copenhagen, the World Bank has a role in managing climate finance, and the push for markets and for carbon trading is not acceptable.

Pushing for the expansion of carbon markets will not solve the climate crisis. The European Union Emission Trading System (EU-ETS) is failing to deliver emission cuts and is blocking other more effective policy measures. [1]

The European Union must acknowledge its historical responsibility for causing the climate crisis and commit to binding emission reductions under the Kyoto Protocol of at least 40% by 2020, without relying on carbon offsetting. [2]

In the absence of an agreement that prevents dangerous climate change, Friends of the Earth Europe continues to demand binding national climate legislation, which would commit countries to making annual cuts in greenhouse gas emissions. [3]

[1] Friends of the Earth Europe’s briefing ‘The EU Emissions Trading System; failing to deliver’ is available here. [2] Research by Stockholm Environment Institute in partnership with Friends of the Earth Europe – ‘The 40% Study Mobilising Europe to achieve climate justice’ – showing that Europe can cut domestic emissions by at least 40% in 2020 compared to 1990 levels is available here. [3] www.thebigask.eu