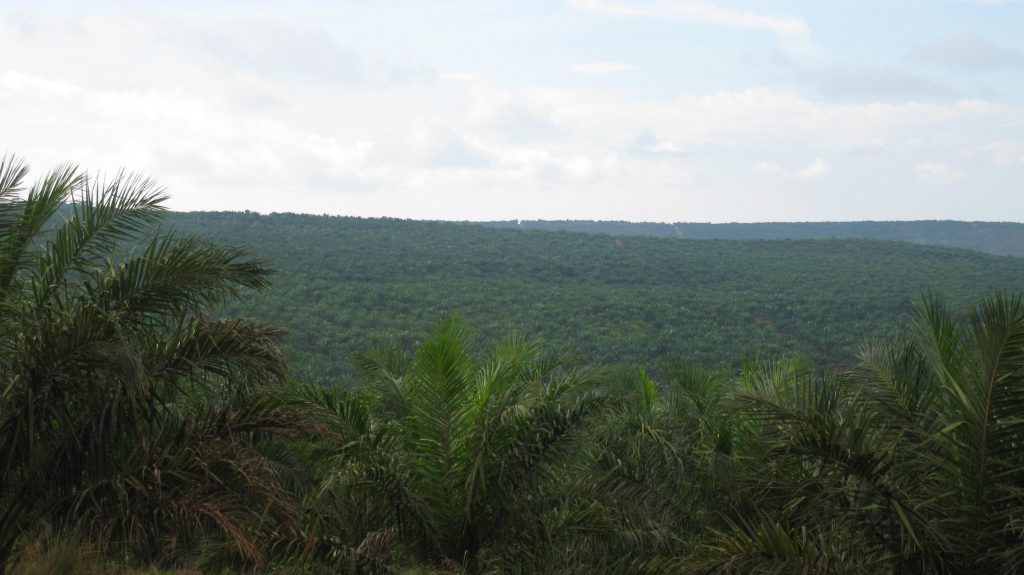 Brussels/Netherlands, September 23 – New research released today shows for the first time the extent of damage being caused by the European Union’s increasing use of biofuels [1]. The research focuses on the massive expansion of palm oil in the Indonesian district of Ketapang and reports on the deforestation, illegal operations and social conflicts caused by the growing demand for palm oil in Europe. The report follows last week’s announcement by the World Bank to cease funding palm oil projects [2].

The research conducted in Ketapang, a large district in West Kalimantan, Indonesia, investigates how demand for palm oil for energy is leading to an expansion of palm oil crops, and whether so-called sustainability schemes prevent illegal operations, deforestation, climate emissions and social conflicts. It concludes that:

– in the last three years, the government of Ketapang handed out licenses to grow palm plantations on 40% of the district’s land surface, bypassing laws intended to protect forests, the environment and people.

– 39 of the 54 licenses overlap with 400,000 hectares of protected forests, including parts of a national park with orang-utan habitat. Permits to grow palm plantations now cover 1.4 million hectares.

– 43% of the land being acquired is by companies that are members of the Roundtable for Sustainable Palm Oil (RSPO), and the same violations are being committed by members as by non-members.

– the rights of local communities are often ignored. 20 land conflicts had been reported by the end of 2008, and this figure is set to rise as the expansion of plantations increases.

Geert Ritsema, head of globalisation and environment at Friends of the Earth Netherlands, said: “The rising demand for palm oil is leading directly to illegal deforestation and social conflicts in Indonesia. If this continues the forests in Borneo will be wiped out, together with the wildlife and people they support, whilst contributing massively to climate change.”

Friends of the Earth demands that palm oil imports for transport fuels and electricity generation be stopped and that the European Union reduces its target to increase the use of biofuels, which are often called agrofuels due to the quantities needed.

Ritsema continued: “Biofuels are a false solution to climate change. Instead of relying on feedstock imports that create enormous environmental and social problems in other countries, the European Union must act responsibly and address climate change at home with less energy-demanding vehicles and improvements in public transport.”