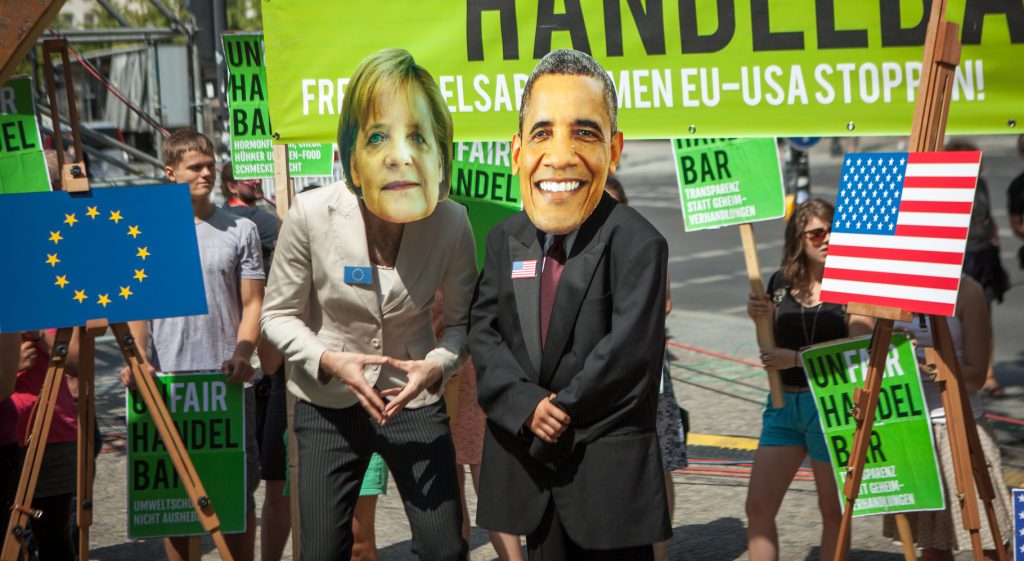 The second round of negotiations between the EU and the US on a transatlantic trade deal closed in Brussels today with the detailed content of the talks still being kept out of the public domain.

The EU-US deal – known as the Transatlantic Trade and Investment Partnership (TTIP) – represents a massive threat to environment, social and consumer standards, says Friends of the Earth Europe. Under the guise of removing barriers to trade, big corporations from Europe and America are using the talks to push for weaker safeguards in areas such as food and chemical safety, agriculture and energy.

Magda Stoczkiewicz, director of Friends of the Earth Europe said: “Discussing one of the biggest trade deals in history behind closed doors raises serious concerns about what is being traded away to please big companies. After this week of talks we are more concerned than ever that big businesses see the deal as a chance to get rid of laws that have been put in place to protect citizens and the environment.

“It is unbelievable that the EU and US are discussing plans to allow companies to sue governments if they see their profits affected by a democratically agreed decision. It is no exaggeration to say that this is a direct attack on democracy.

“There is a need for much closer scrutiny of these negotiations and for many more people to be aware of the dangers they present to citizens and the environment.”

Friends of the Earth Europe believes that an EU-US trade deal will only be acceptable if it places the interests of people and the environment ahead of the interests of investors and big business. Specifically the trade negotiations should clearly exclude:

On the announcement of the creation of a high-level ‘advisory group’ to the European Commission on the EU-US trade deal, Magda Stoczkiewicz, commented: “In its current form, the European Commission proposal to create a stakeholder advisory body does not address our fundamental concerns about the lack of transparency of the negotiations. Full access to the negotiating texts and regular consultations before and after each negotiating round are an absolute minimum for meaningful civil society participation.”