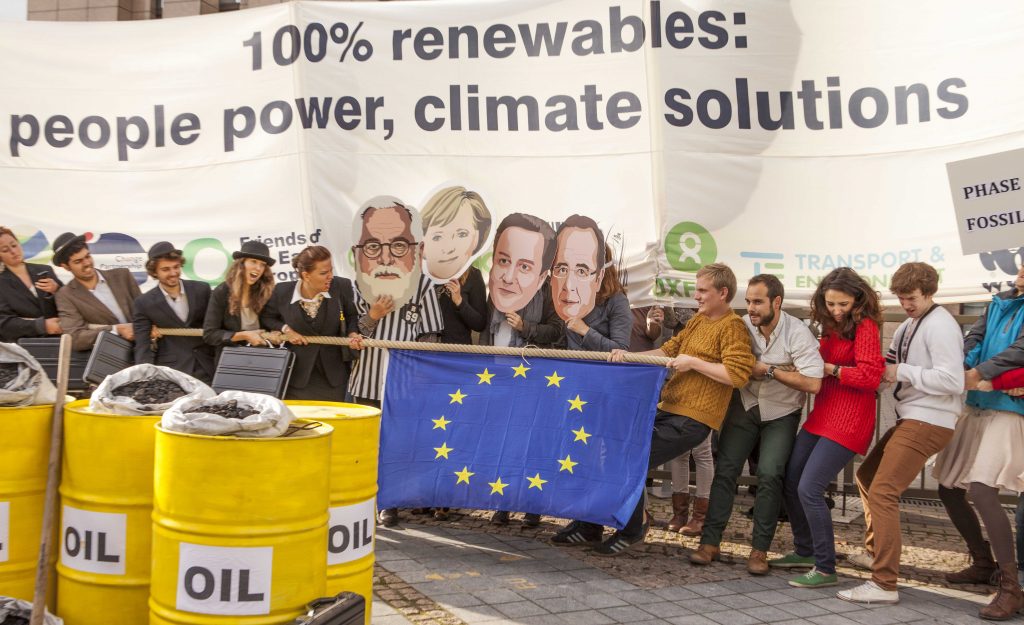 The European Union will go to the upcoming global climate talks with an inadequate offer which fails to give enough backing to citizen-controlled, renewable-powered energy, after ministers agreed a weak position in Brussels today.

The EU’s 28 environment chiefs stuck to the target of 40% cuts in emission reductions by 2030 agreed last year. This level is not in line with the science for keeping global warming below 2°C and does not reflect the EU’s historical responsibility, said Friends of the Earth Europe. The group says that by saving energy and backing a renewable energy system with people at the centre Europe can achieve much greater cuts in emissions more quickly.

Susann Scherbarth, climate and energy campaigner for Friends of the Earth Europe, said: “This is not a promising sign for an international climate agreement. EU bosses have said today they want to be dealmakers at the climate talks in Paris, but they have not said they will take the action necessary to make it an adequate and fair deal.

“With today’s decision ministers have stayed on the side of the fossil fuel industry when they could have signalled their willingness to save energy and replace our energy system with a clean, renewable one led by people.

“The clean energy transformation is already happening all across Europe led by people and communities – today’s decision shows the EU’s so-called leaders are failing to even follow.”

Outside the meeting in Brussels, climate groups [1] staged a symbolic ‘tug-of-war’ between polluting fossil fuels and renewable energy. They called for EU governments to join the side of citizens and build a 100% renewable future.

Daan Creupelandt from Belgium’s biggest renewable energy cooperative, Ecopower, said: “Ordinary people – like the 50,000 members of our energy cooperative in Belgium – are already showing that communities can come together to control and run their own renewable energy. If Europe puts its weight behind the people’s energy transition many more projects like ours can flourish.”

Throughout 2015 and beyond people from around the globe and Friends of the Earth groups will keep the pressure on national governments to take urgent and appropriate action in line with what science and justice demand, as well as implementing their own solutions to the climate crisis.