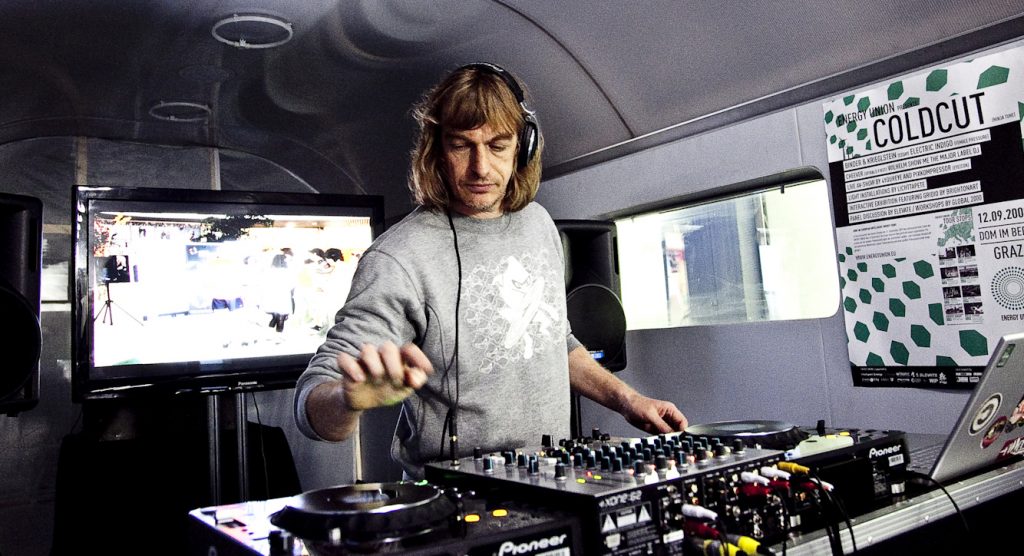 Brussels, Munich, July 13, 2009 – Energy Union is a pan-European campaign tour with the objective of empowering young people and policy makers in Europe to take action against climate change. Energy Union promotes “Intelligent Energy”: the potential of renewable energy, energy-conscious behaviour and the need for changes at the political level.[1] Over the next two years the Energy Union tour will visit 12 countries across Europe with a live audio visual show from Coldcut, an interactive exhibition using the “Gridio” system, and political panel discussions.[2]

The opening event of the 2009 tour takes place at the Streetlife-Festival on the Odeonplatz in Munich, Germany, on July 18th 2009. After travelling through Hungary, Austria and Slovakia, the first year of the tour will end at the “Die Allianz” events with Modeselektor in Berlin on September 25th 2009.

Energy Union brings the subject of “Intelligent Energy” to young people using highly innovative artistic techniques instead of the common shock messages. The campaign encourages people to become active in an unconventional and positive way, with the help of language which people all over the world understand: the language of music and images.

The pioneering band Coldcut from London has produced a new live audio-visual show as part of the tour. The audience can expect innovative live cinema with typical Coldcut mash-up style. This show, created especially for Energy Union, will demonstrate once again that Coldcut still breaks boundaries.[3] An interactive art-installation called “Gridio”, created by the artist association Brightonart, uses a touch sensitive dance floor to turn visitors to the tour into creators of their own audiovisual works.[4] The Viennese projection artists 4youreye, Pixkompressor and Lichttapete provide imposing digital and analogue projection designs.

Panel discussions add the political dimension to the tour, explaining and discussing the concept of Intelligent Energy. The forums are prepared by groups of the Friends of the Earth Europe network.[5]

In order to organise the tour as environmentally sustainable as possible, the “Gridio” installation and technical equipment is carried in a specially adapted Energy Union train carriage provided by the cultural association Z6 from Linz. This is much more than simply a means of transport for equipment, it also acts as a mobile art space and accompanies the Energy Union Tour through Europe as a place for meeting and a space for temporary art exhibitions. The organisation of the events on the tour also follow environmental guidelines.

[1] “Intelligent Energy” includes the use of renewable energies, energy efficiency, rational use of energy and energy intelligent life styles. Renewable energy comes from sustainable sources.
This means either that the supply is naturally unlimited – as with solar, wind, water and geothermal power; or it can be renewed – as with bio-energy, which comes from plant products. Fossil fuels, which release the greenhouse gases responsible for climate change, will eventually run out. Energy efficiency & rational use of energy involve using less energy to live our lives. Intelligent Energy life styles or sustainable living describe attempts to reduce an individual’s or society’s use of the Earth’s natural resources. [2] Energy Union is supported and presented by a Europe-wide network under the patronage of Elevate Festivals, which is located in Graz and is responsible for the coordination of the tour. During the tour 2009/10 Energy Union can be experienced at 24 shows in 12 European countries.
The organizer of the opening event at the Odeonplatz in Munich is Green City – a charitable association working in and from Munich – which since 1990 has been dealing with the topics of climate protection, sustainable mobility and urban design.
Energy Union itself is organised by WIP – Renewable Energies, a renowned service company in the field of renewable energies for over 40 years, which is located in Munich. WIP acts with a broad alliance of partners from throughout Europe. The European Commission supports Energy Union financially. [3] Coldcut, consisting of Matt Black and Jonathan Moore, are considered to be the “creators” of modern audiovisual music. The creators of “Techno-House” gave the genre of “Remix” a new direction. Since their hit “Timber”, which was produced with Hexstatic in 1998, audiovisual music has become popular far from the shores of the UK. Coldcut’s label Ninja Tune also stands for sound artists emphasising audiovisual music. [4] “Gridio” works on the basis of pressure sensors which on a grid detect the movements of people inside the installation. Simultaneously these impulses are connected to audiovisual clips. On a big projection screen the videos are combined with audio signals via a speaker system. “Gridio” was shown at the exhibition “Berg der Erinnerungen” in Graz within the framework of the European Capital of Culture in 2003 as well as at the Centre Pompidou in Paris 2002. [6] Friends of the Earth Europe (FoEE) is the organisation behind successful climate campaigns such as the Big Ask. The Big Ask campaign has achieved a major victory in Great Britain where thousands of people contacted their MPs to demand the groundbreaking climate change law, which sets legally binding targets for reductions in greenhouse gas emissions. FoEE forms part of Friends of the Earth International, the largest grassroots environment federation in the world with millions of members and thousands of local groups.