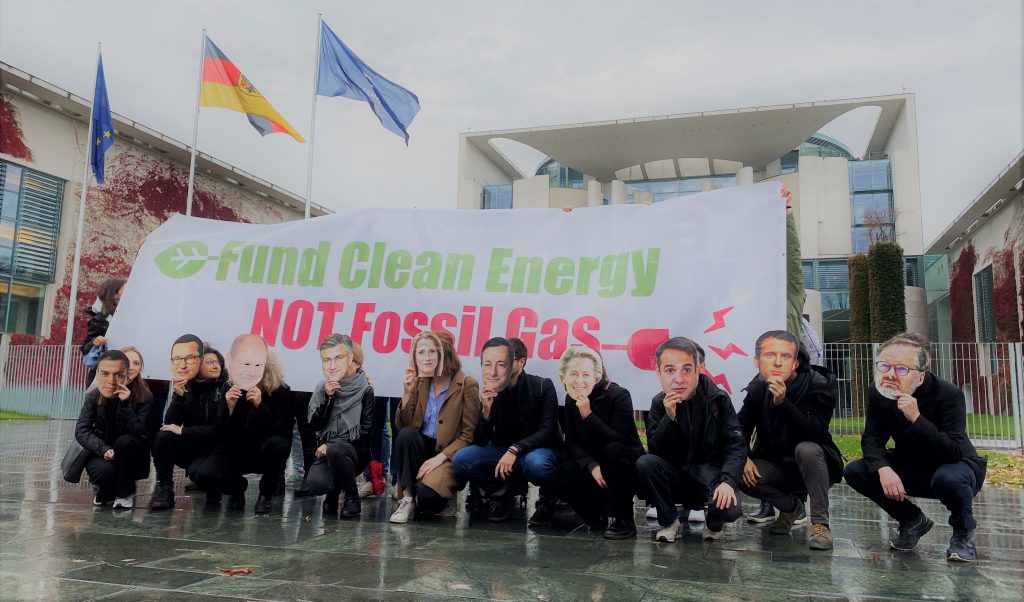 To stem runaway climate change, COP27 must steer away from the fossil fuel industry’s greenwash and so-called ‘nature-based solutions’, and instead focus on cutting fossil fuel emissions at source, say Friends of the Earth on the eve of the UN climate talks.

Activists and experts from the world’s largest grassroots environmental network are in Egypt to advocate for action based on climate justice principles.

“Europe’s addiction to fossil fuels has cost the world too much already. Instead of buying into fossil fuel industry smokescreens and greenwashed solutions, European leaders at COP27 must invest in a rapid energy transition and shield those already suffering the effects of climate destruction.”

“For COP27 to truly be the ‘implementation COP’ that protects people from devastating climate change, rich countries must go way beyond their weak and unmet commitment of $100 billion climate finance. We have had enough of these phoney ‘net zero’ pledges, which only allow polluters to continue polluting.”

A recent analysis reveals the extent of the risks of land grabbing and dispossession from Indigenous Peoples, peasant farmers and other rural communities, for the massive land requirements of corporate ‘net zero’ pledges.

“After COP26’s decision to go full steam ahead with carbon markets, global Southern countries are now bracing themselves for an onslaught of land grabs for offsets. What’s more, this year we face the threat that geoengineering – dangerous, unproven technologies aimed at removing carbon from the atmosphere – will sneak into the COP agreement. We need real emissions cuts, a massive scale-up of public climate finance, and a swift and just transition to renewable energy for everyone.”

COP27 comes at a crucial moment for Africa, whose peoples face a wave of landgrabbing, pollution and human rights violations from the renewed rush for gas following Russia’s unjust invasion of Ukraine. African peoples and organisations worldwide are calling for corporations and wealthy countries to end financing extractivist projects.

“The craving for gas from Africa is a short-term fix for Europe, with long-term consequences for the continent. We are already struggling to survive extreme weather events, rising hunger and resource plundering by wealthy countries and companies. Around half of Africa’s people still lack access to electricity.”

“Gas is not a clean fuel, and we refuse to have our futures depend on fossil fuels. With the fair share of funding from wealthy countries and the political will, Africa could achieve the total transition to renewable energy that we need, by 2050.”

Friends of the Earth International will be in Sharm El-Sheikh to remind world leaders of the urgency to act and the justice and equity that must accompany every decision.