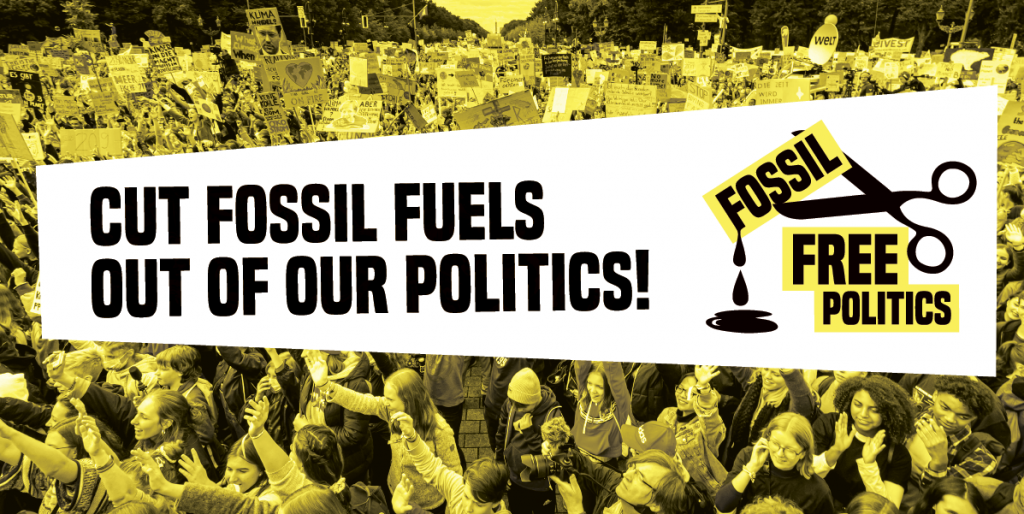 Investigations show that BP, Chevron, ExxonMobil, Shell, and Total – the world’s five biggest publicly-traded oil and gas companies – and their lobby associations, currently employ 200 lobbyists in Brussels. They have held 327 high level meetings with top European Commission officials since European Commission President Jean-Claude Juncker took office in 2014. That is the equivalent of more than one meeting a week to influence EU climate and energy decision-making. 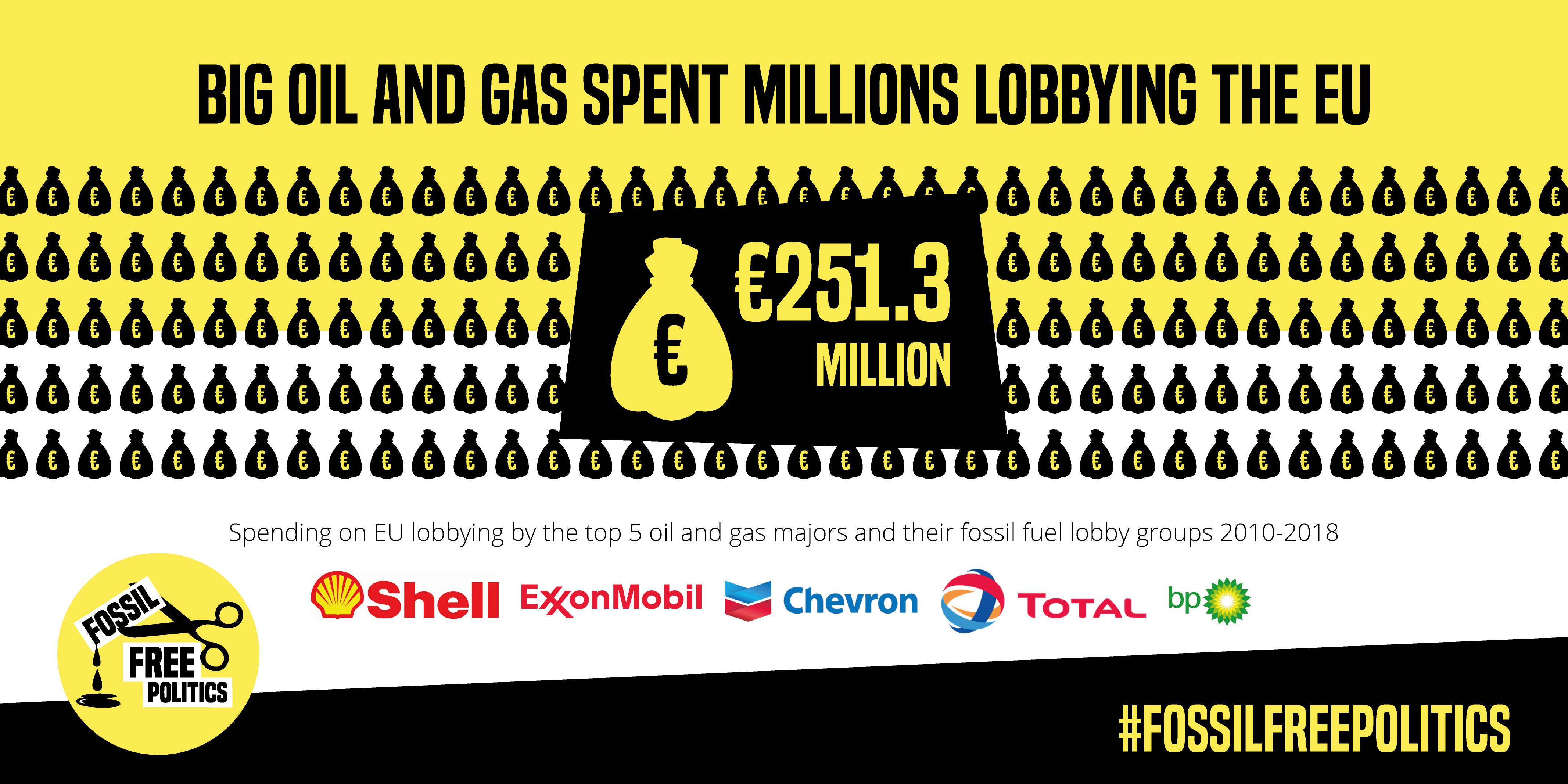 “Gas, oil and coal companies are spending millions to maintain their stranglehold on our politics and our energy. But the climate can no longer afford their delay tactics. We must listen to the millions of young people on our streets protesting for the climate and cut fossil fuels out of our politics now.”

The research was commissioned by Corporate Europe Observatory, Food & Water Europe, Friends of the Earth Europe, and Greenpeace EU, as part of a new campaign calling for ‘fossil free politics’, supported by organisations in Brussels, Europe and worldwide. The data was obtained from companies’ own declarations in the EU’s lobby transparency register and European Commissioners’ published calendars of meetings.

As fossil fuel companies face increasing scrutiny, the groups call on the European Commission’s new President and Commissioners, MEPs, and governments to cut fossil fuel interests out of politics, with restrictions similar to those on tobacco industry lobbyists. 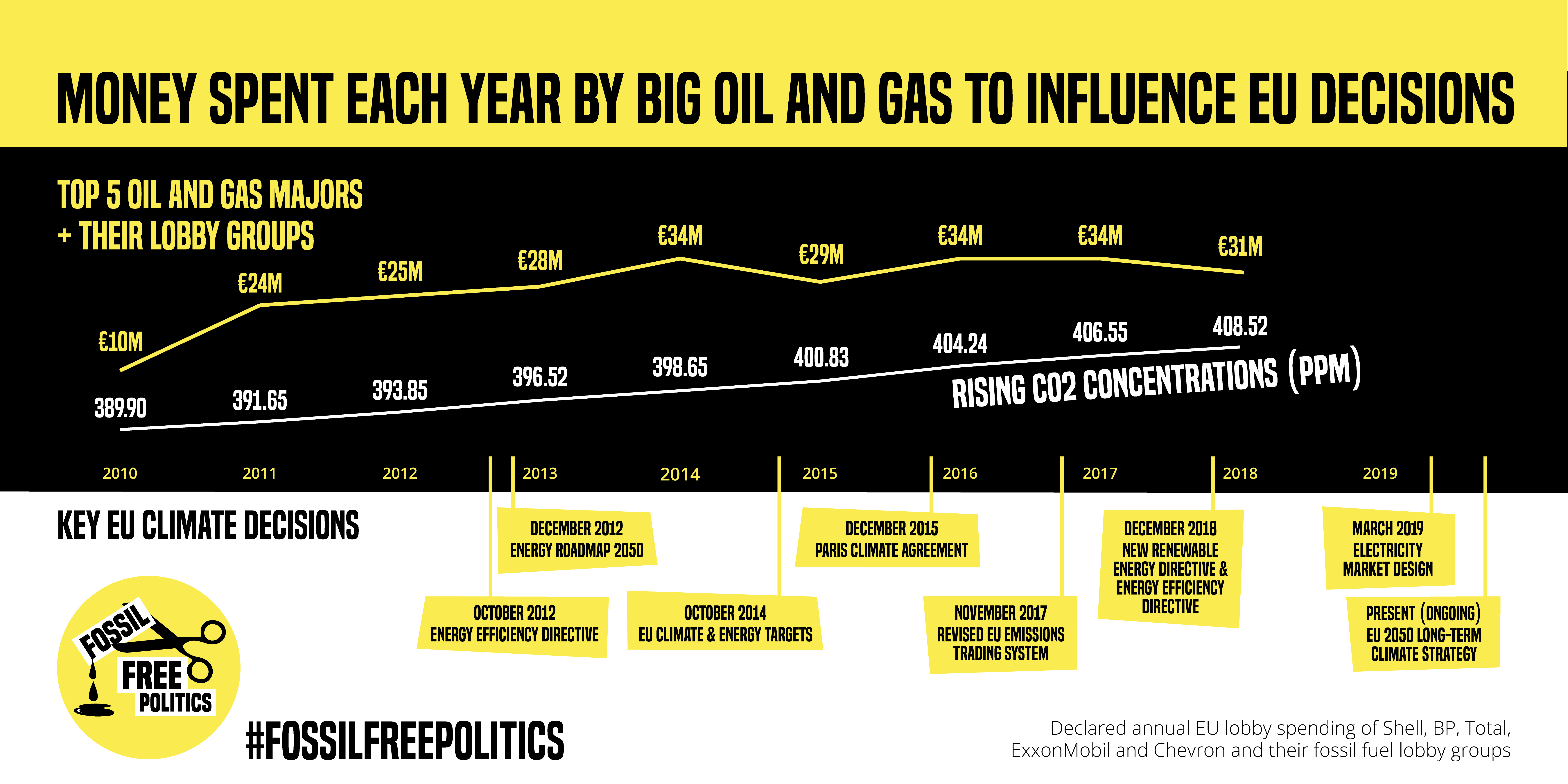 Fossil fuel industry lobbyists in Brussels and national capitals have, according to the groups, succeeded in delaying, weakening, and sabotaging EU action on the climate emergency – having watered down renewable energy, energy efficiency and greenhouse gas targets, while securing lucrative fossil fuel subsidies. This lobbying effort has helped contribute to the top five oil and gas companies’ US$82 billion in profits last year. Those same companies were responsible for 7.4% of global greenhouse gas emissions between 1988 and 2015.

“Big polluters like Shell, BP and their lobby groups have delayed, weakened and sabotaged EU action on the climate emergency thanks to their hefty lobby spending. A cool quarter of a billion over the last decade buys a lot of access and influence in Brussels.”

TODAY we launch our call for a firewall to protect politics from industry influence #FossilFreePolitics https://t.co/4jikO0x6xp

“Having tobacco lobbyists negotiating our public health laws is unthinkable today – and that’s just how we must treat fossil fuel lobbyists. Ending private meetings, cosy events and revolving doors can shut vested fossil fuel interests out of policy-making on the climate crisis.”

“Big oil and big gas are causing death and destruction in exchange for eye-watering profits. But millions of people are calling them out, as they face trial for their role in fuelling the climate emergency and trampling on human rights. It’s time our governments hold them to account.” 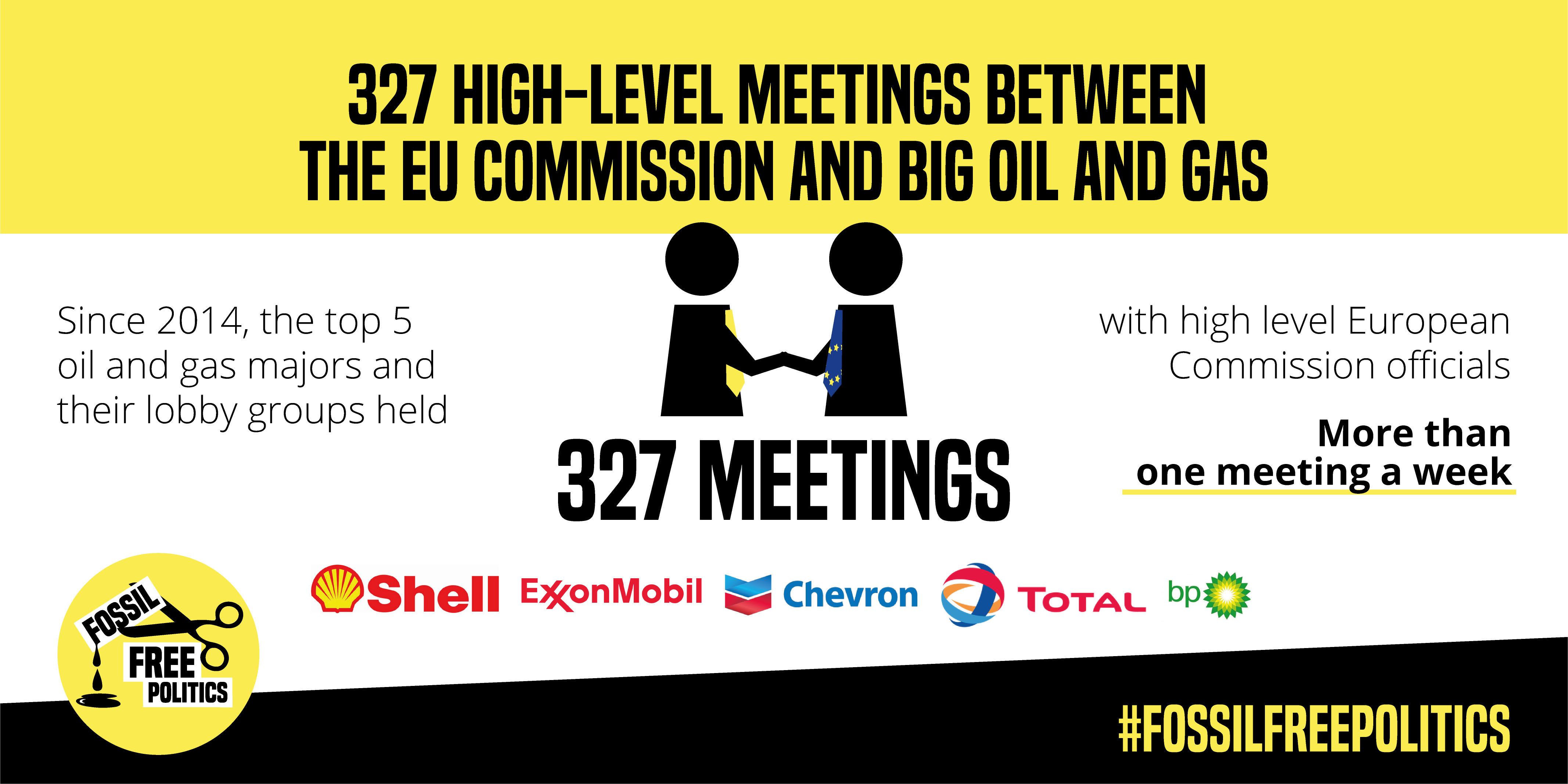 Politicians should make climate laws to protect people – not please the fossil fuel industry. We need to cut fossil fuel interests out of our politics, similar to existing restrictions on the tobacco industry.