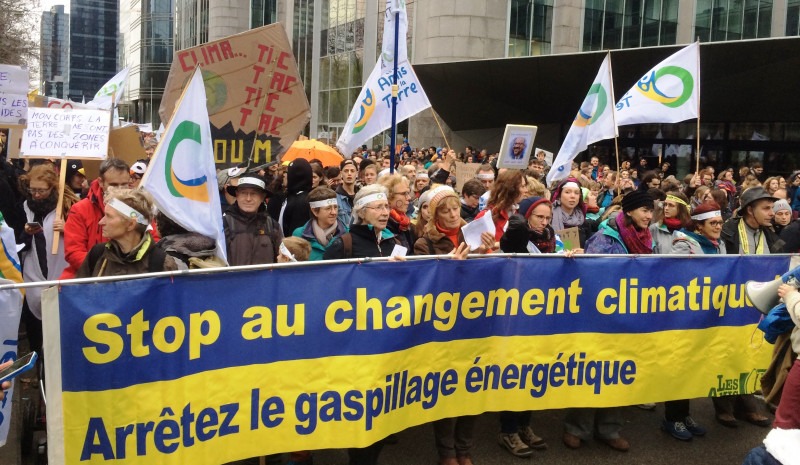 As UN climate talks open this week, Friends of the Earth Europe warns time is running out to bring about an energy transformation to prevent climate breakdown.

The UN COP24 talks opened with nations set to adopt a ‘just transition’ declaration stressing the need for all countries to ensure a decent future and quality jobs for workers impacted by the energy transition.

In the coming two weeks nations in Katowice, Poland are expected to agree guidelines to fulfill the Paris Agreement of 2015. But with the Polish hosts naming coal company JSW as the first sponsor of the talks, the chances look slim for the talks to agree actual measures to phase out fossil fuels and deliver emissions reductions to limit temperature increases to 1.5 or 2 degrees Celsius, as stated in the Paris Agreement.

Without policies to transform Europe’s energy system to be free of fossil fuels by 2030 and to encourage people’s ownership of renewable energy, Friends of the Earth Europe warns the talks will fail to prevent climate breakdown.

International scientists have found that limiting global warming to 1.5 degrees is feasible – although even this level of warming will have huge planetary impacts for extreme weather and rising sea levels. The commitments currently pledged however would, even if fulfilled, lead to catastrophic temperature rises of upwards of 3.5 degrees.

“That a coal company is a major sponsor of the climate talks in the very year when international scientists demonstrated just how severe the impacts of global warming above 1.5 degrees will be, tells us everything we need to know about COP host Poland’s commitment to tackling the climate crisis.

“This year was supposed to be a major year for the climate, when the pledges made in Paris three years ago were ratcheted up to meet the need for early and steep emission cuts. Now we miss out on increased climate ambitions, we see equity being dismantled and fossil fuel companies sponsoring the conference. It’s a disgrace! We need a just transition to a just, clean, peoples’ energy system.”

Susann Scherbarth, climate justice campaigner for Friends of the Earth Europe, said: “To have any chance of avoiding the chaos, droughts and rising tides of 1.5 degrees or more of global warming, the fossil fuel age has to end now. A safer, fairer and cleaner Europe is possible if we go fossil-free.

“Europe must massively, speedily and justly transform away from fossil fuels within the next decade, and communities are already showing the way in controlling and owning their own renewable energy. As a rich continent responsible for causing carbon pollution, the EU’s suggestion to wait until 2050 to stop burning carbon is insane – it’s simply too late.

“Political leaders need to show serious support for a Just Transition that creates decent work and quality jobs. This transition should include re-skilling, re-training and decent conditions for workers and ensure current polluters carry the costs for the transition to a fully renewable system.”

Global civil society has outlined its expectations of the talks with the People’s Demands on Climate Justice.

Wow! A show of force. As UN climate talks kick off, a record 75,000 people in Belgium have taken to the streets to demand #ClimateJustice and a saner future.