Our house is on fire – let’s act 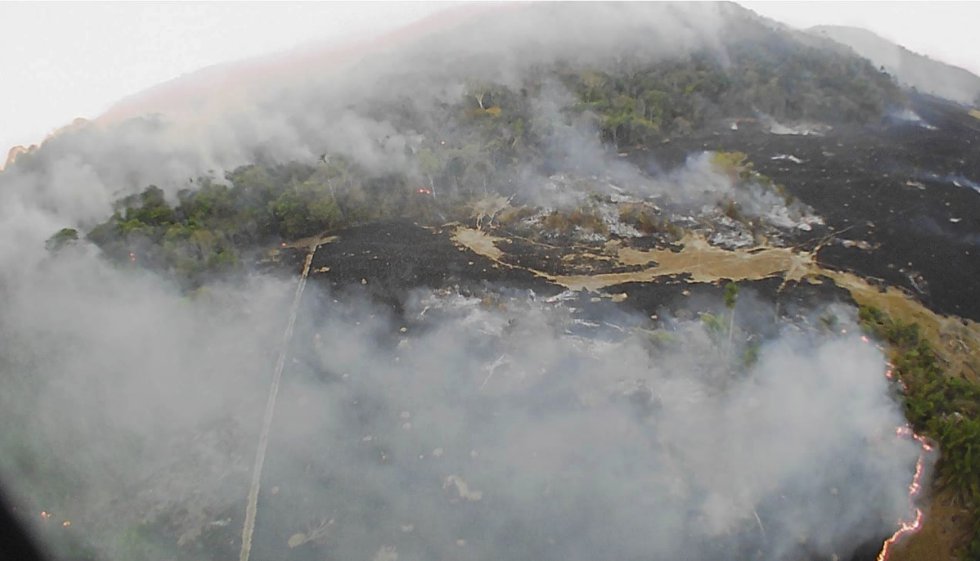 by Jagoda Munić, director of Friends of the Earth Europe

“I want you to act as if our house is on fire”, climate activist Greta Thunberg told politicians at the World Economic Forum in January this year, seeking to motivate them to urgently put a stop to runaway climate change.

Only six months later, our only home – planet Earth – caught fire, first in the Siberian taiga where an area as large as Belgium burned, then in Alaska, the Canary Islands and Greenland.

Shortly afterwards fires of incomprehensible proportions engulfed parts of the Amazon rainforest in Brazil, Paraguay and Bolivia. The problem was treated lightly at first – only when activists and local indigenous people raised the alarm and images of the devastation dominated social media did the army mobilise for extinguishment.

Black smoke blotted out the sun in Sao Paulo, a city nearly 3,000 kilometers away from the Amazon rainforest. From a European perspective, that is equal to the distance from London to Istanbul, or from Madrid to Stockholm.

Climate and wildlife in danger

This is happening just at the time when the Intergovernmental Panel on Climate Change (IPCC) has published a report on the impact of land use on climate change. The report says that deforestation and industrial agriculture, primarily meat-production, contribute significantly to global heating, while forest restoration and reforestation contribute to mitigation and can slow down warming. In other words, we must restore and plant forest ecosystems and massively reduce meat consumption.

To make things even more urgent, a report from the International Science-Policy Platform on Biodiversity and Ecosystem Services (IPBES), points to the catastrophic impact of land conversion on biodiversity and ecosystems. The trend of mass extinction will accelerate with the climate crisis, and the collapse of entire ecosystems, such as the Siberian taiga or the Amazon rainforest, can further accelerate the climate crisis.

The report also confirms that more than 2,500 conflicts over fossil fuels, water, food and land are currently being fought across the planet and at least 1000 environmental activists and journalists were killed between 2002 and 2013 trying to report and defend those areas from the destruction.

At the same time it recognizes indigenous peoples’ and local communities’ pivotal role at the frontline of defending ecosystems and protecting biodiversity against the huge power of corporations. It confirms that conservation managed by local communities and indigenous peoples is more effective at preventing deforestation and habitat loss than officially protected areas.

Who or what started the fires?

In the case of recent Amazon fires there are strong indications that the cause is intentional burning. On August 10, farmers infected with Bolsonaro’s pro-business and pro-profit rhetoric and politics declared a day of fire and ignited fires to clear forests and obtain land for agribusiness. Indeed, it is estimated that 80% of the deforestation throughout the Amazon is due to the breeding of cattle and soybeans for animal feed. The spread of fires may have been aided by the drought, but according to the Brazilian Space Research Institute (INPE), which monitors fires, the climate factor is not the cause of this disaster.

Jair Bolsonaro, president of Brazil, sent the army to extinguish the fires only after protests and much pressure, in Brazil and internationally. He had previously publicly denounced civil society organisations for having started the fires – without producing any evidence. Who better to attack first than critics who draw attention to the most urgent problems?

In fact, Brazilian environmental activists had warned that difficult times were coming for the Amazon and its indigenous peoples, just as for the environment, climate and poorer citizens, as soon as Bolsonaro was elected president in 2018. Like US president Trump, he denies climate change, and has publicly advocated for deforestation and exploitation of the Amazon rainforest, including the displacement of local indigenous peoples, thereby violating the UN Convention on the Rights of Indigenous Peoples. One of Bolsonaro’s first moves as president was to place protected areas and reserves under the authority of the Ministry of Agriculture and thus under the control of powerful agribusiness.

Beyond the fires, there are several conflicts raging in Brazil. Indigenous peoples are fighting for their land and their rights, environmental activists are repressed and blamed by a government captured by the agribusiness lobby – and the climate keeps being damaged by the hour. In the centre of all conflicts is a forest commonly called “the lungs of our planet” that is home to 10% of all known plant and animal species which could be lost forever.

What can we as Europeans do?

It is our obligation to support and show solidarity with activists and indigenous people in Brazil in defending one of the most important ecosystems on Planet Earth.

Even before these catastrophic fires, 340 civil society organisations asked the European Union to suspend a trade agreement with Mercosur countries (Brazil, Argentina, Paraguay and Uruguay) due to human rights violations and deforestation in Brazil. They declared that trade agreements should prevent partners from marketing cheap products whose production lowers environmental and nature protection standards or violates human rights. Recently, French president Emmanuel Macron has announced that he will oppose the ratification of this trade agreement over Brazil’s handling of the Amazon fires. As the agreement must be ratified by all national parliaments of the EU member states, ask them to use this opportunity to reject it.

We can also put pressure on the government of Brazil and our own countries. Europe is a major importer of beef and soybeans for the production of livestock, for which the rainforest is being burned. Reduced meat consumption and a boycott of these products from Brazil would exert noticeable pressure.

Moreover, let’s not forget to demand climate justice from our politicians on 20 September, along with people from all over the world in a Global Climate Strike.

Let’s act as if our house was on fire, because it is.