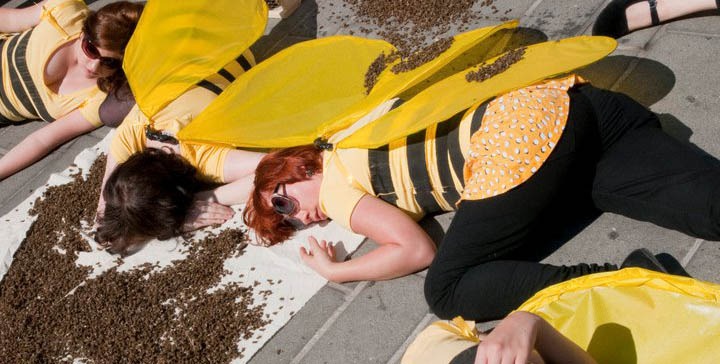 HYDERABAD, INDIA – The International biodiversity talks comes to a close today with a focus on false solutions to biodiversity loss and favoring corporate polluters over people and the planet.

One of the main themes at the talks was the ‘financialization’ of nature – a way for corporations to plunder the planet while making profits.

Isaac Rojas, Friends of the Earth International Coordinator of the Forests and Biodiversity Programme said: “Financialization is a false solution to biodiversity loss and climate change. It is a way for corporate polluters to continue destroying biodiversity and threatening indigenous peoples and local communities. If UN talks start favoring the financialization of nature, community and Indigenous peoples’ rights will be violated, leading to mass land grabs.”

Many multinational corporations are lobbying the UN to push their interests, namely, the financialization of nature, warn Friends of the Earth International.

“The corporate influence on UN talks is extremely worrying. Multinational corporations lobby in favor of approaches which have negative impacts on communities and Indigenous Peoples and do not protect forests and biodiversity. These are false solutions. Instead, we need ways to properly protect traditional knowledge and ownership. For instance we need more community-based forest governance, which is an effective way for local people to help protect their forests as well as the climate,” Isaac Rojas added.

Synthetic biology, the creation of novel organisms through new biotechnologies, was another major issue at the talks.

Eric Hoffman, food and technology policy campaigner for Friends of the Earth U.S said: “Synthetic biology is a false solution that will only benefit wealthy nations and their corporate partners. The creation of novel organisms through synthetic biology poses numerous risks to biodiversity, including but not limited to to genetic contamination, novel invasive species, and loss of livelihoods.”

“It is tragic that so far the UN missed the opportunity to implement a moratorium on the environmental release and commercial use of synthetic organisms. Synthetic biology has not even been added to the Convention on Biological Biodiversity’s agenda. Even so, a relatively weak but small step forward was taken as the Parties agreed to apply the Precautionary Principle when dealing with synthetic biology and its potential risks.”

Representatives from more than 192 countries participated in the Hyderabad UN 11th Conference of the Parties to the Convention on Biological Biodiversity, which seeks to address threats to biodiversity and ecosystems, including climate change.

Friends of the Earth International acknowledges the great work that many organisations and social movements, working together as the CBD Alliance, made during the two weeks negotiations. The CBD Alliance plays an important role in ensuring that civil society, indigenous peoples, and local communities have a seat at the negotiation table.