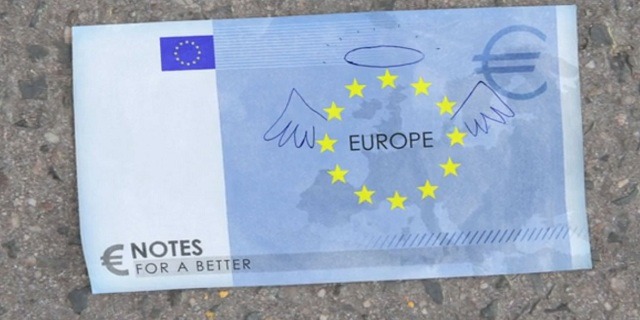 The European’s Commission’s proposal to increase the use of non-traditional banking systems across Europe – known as the Capital Market Union (CMU) initiative – poses major risks to people and the environment, a coalition of European civil society groups has stated today.

The CMU initiative proposes to increase the use of market-based financing, which involves institutions (such as hedge funds and investment banks) that carry out traditional banking functions, but do so outside the regulations of the traditional banking system. According to the Commission, the CMU will boost economic growth and reduce reliance on funding from banks.

But the coalition, which includes Friends of the Earth Europe, says that in reality the proposal is a “false promise” that will only serve the interests of big investment banks and private equity funds.

“Tens of millions of people across Europe are still reeling from the consequences of the financial crisis in their daily life – unemployment, low wages, erosion of labour and social rights, and rising inequality. Why would we want our decision makers to simply pave the way for the next one?

“We call now on the European Parliament and the 28 member states to ensure that the initiative is not further undermining the real economy, sustainable development and human rights, both in Europe and in the world. We urgently need legislative proposals against financial instability, as well as to halt harmful investments, not another false solution to the economic and financial crisis.”

In a joint statement, the coalition says that the CMU revives pre-financial crisis trends without adequately integrating the lessons from that period. It also marks a shift in the political momentum towards short-term growth and competitiveness at all costs, when what is needed is long-term sustainable development of the economy.

The organisations signing this statement, which include trade unions, consumer groups, development and environmental groups and think tanks, have a variety of concerns about CMU. These include risks to financial stability, retail investors, pensioners and consumers, workers, and environmental, social and governance issues.