Uproot EU deforestation strategy to protect all ecosystems and people 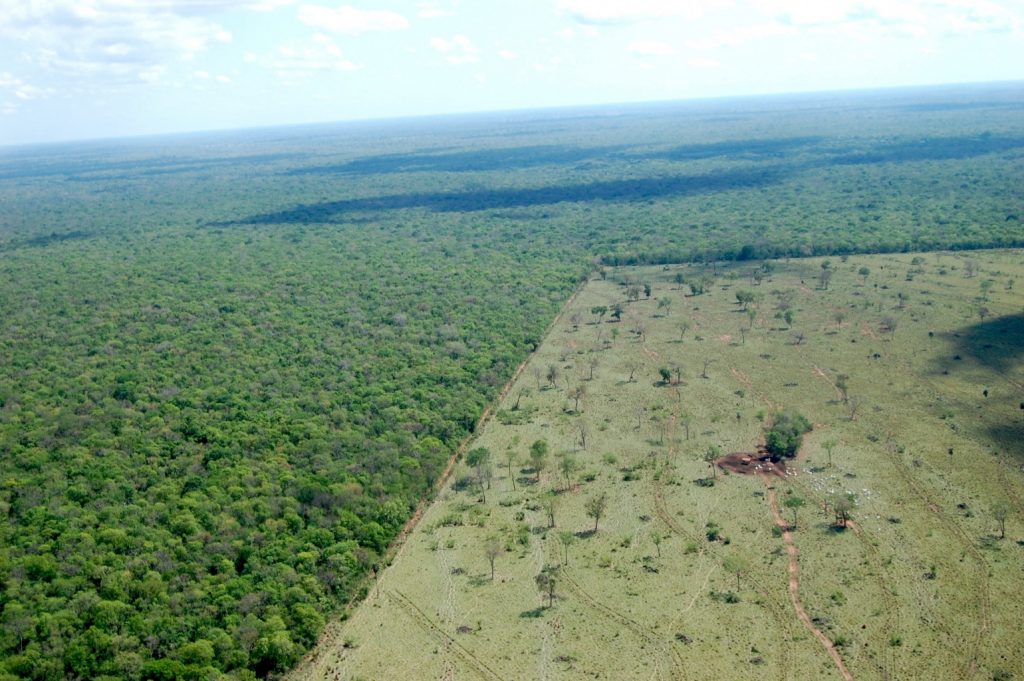 It forecasts to ‘prevent deforestation driven by EU consumption and the production of the six commodities included in the scope, with projected benefits above 71,920 hectares of forest less affected by EU-driven deforestation and forest degradation annually by 2030’.

The 6 commodities the proposal mentions are:  beef, palm oil, soy, cocoa and coffee, wood and derived products like leather, furniture and soy-oil cake.

The new rules would prohibit the import into the EU of commodities produced on land that’s been deforested or degraded after 31-12-2020 or in breach of the country’s production laws.

The ‘deforestation-free’ mark will only apply to products that were produced on forest land that hasn’t been subjected to deforestation or forest degradation, but excludes other ecosystems like savannahs, grassland, wetlands, peatlands, mangroves.

Stanka Becheva, food and farming campaigner at Friends of the Earth Europe had this to say:

“If not strengthened, this legislation will not solve what’s at the root of the deforestation problem: the EU’s reliance on agrocommodities and raw materials from third countries, and an exploitative food system fuelled by transnational producers. Focusing on forests alone will shift the burden of Europe’s overconsumption to other ecosystems, including savannahs, grasslands, wetlands, peatlands and mangroves.“

Companies based in the EU or elsewhere looking to sell their products to Europe will be required to submit a due diligence statement that confirms a risk assessment, including the level of deforestation, corruption and armed conflicts, has been made. Traders won’t be allowed to sell their products without providing documentations of this.

The European Commission will classify countries based on a benchmarking system assessing their level of risk for deforestation and that information will be used to determine the obligations on companies and member states. Countries will be divided into three categories — low, standard and high risk. The identification of low and high-risk countries will be based on a few assessment criteria:  rate of deforestation; rate of expansion of agricultural land for the relevant commodities; production trends of relevant commodities and products.

Due diligence will be simplified for goods from lower risk areas while more stringent demands will be placed on products coming from higher risk areas.

Unfortunately, the rules will not apply to financial sector operators that are linked directly to deforestation, forest degradation, ecosystem conversion and human rights violations.

Stanka Becheva, food and farming campaigner at Friends of the Earth Europe added:

“Banks and financiers from over the world are fuelling deforestation with billions of Euros but will be left off the hook. They have to be made responsible for any harms they cause with their investments“

The proposal aims to establish structured dialogues with producer countries to identify support measures to promote the transition to sustainable production methods, which support the conservation and sustainable use of forests. However, FoEE thinks those dialogues will be not enough to tackle the root causes of the problem – which are related to EU’s reliance on agrocommodities and raw materials from third countries and the exploitative models of production advanced by multinationals across the food chain.

“The proposal lacks efforts to promote community-based forest management and the rights of indigenous peoples and local communities. It also overlooks critical interventions to transition away from landgrabs that license industrial agribusiness and loggers towards community driven agroecology.“

“This proposal is a missed opportunity to make it possible to sue multinational corporations in court for deforestation or related human rights violationsthrough their global value chains. The upcoming cross-cutting EU law must include an obligation for all companies to respect human rights, the climate and the environment, and civil liability in case of harm to enable affected people to go to EU courts.“

Friends of the Earth Europe demands deforestation legislation that works hand in hand with other policies, including trade and agriculture that enable the transition to agroecology and policies that create food and retail systems that are environmentally friendly and socially just.

It is now up to the European Parliament and progressive member states to save this proposal from getting watered down by industry lobbyists, and turn it into an effective tool to reduce Europe’s global deforestation footprint.