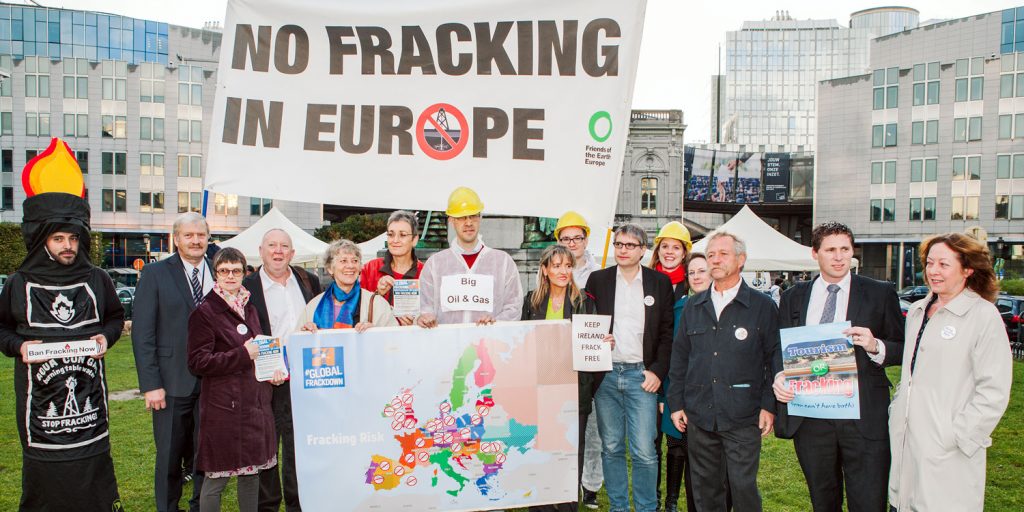 A new European Commission report has for the first time revealed alarming disparities across the EU in how its safety regulations on shale gas extraction are implemented, casting serious doubt on its continued insistence on a non-binding approach to regulation.

The report, released on Friday, illustrates both how developed shale gas industries are across member states, as well the extent to which they fall in line with the Commission’s safety recommendations. It is the first such report since the recommendations were published in January 2014.

Antoine Simon, shale gas campaigner at Friends of the Earth Europe, said “The state of play across Europe makes for frightening reading – countries are able to pick and choose which fracking safety standards they want to implement, making a mockery of the Commission’s voluntary approach. This is putting protected areas, residential zones and regions threatened by flooding at serious risk.”

From the answers supplied by the 11 countries that officially declared their intention to develop shale gas [1], there is a complete lack of consensus on how crucial safety standards are implemented:

This remains a partial overall picture. Germany, France, Ireland and Sweden, all of which have previously granted licenses for shale gas exploration, did not respond.

Countries could also choose to respond to specific questions vaguely, or provide highly questionable responses. The UK, Poland, Romania and Austria all indicated for example that there has been effective and long-term public consultation on the environmental impacts of shale gas development, despite substantial evidence to the contrary.

Meanwhile, Denmark, Hungary, the Netherlands, the UK, Poland and Austria indicated that they have the capacity to treat fracking waste, despite recent warnings from scientists that no satisfactory solution exists for such waste. Friends of the Earth Europe believes even mandatory regulation measures will not be enough: this is why an outright ban is needed.

Antoine Simon continued: “It is time for the European Commission to realise that non-binding safety regulations for shale gas is a non-starter. The current system is ‘regulation’ in name only: there is no accountability, no harmony across member states, and, unfortunately, no indication that this is likely to change anytime soon.”