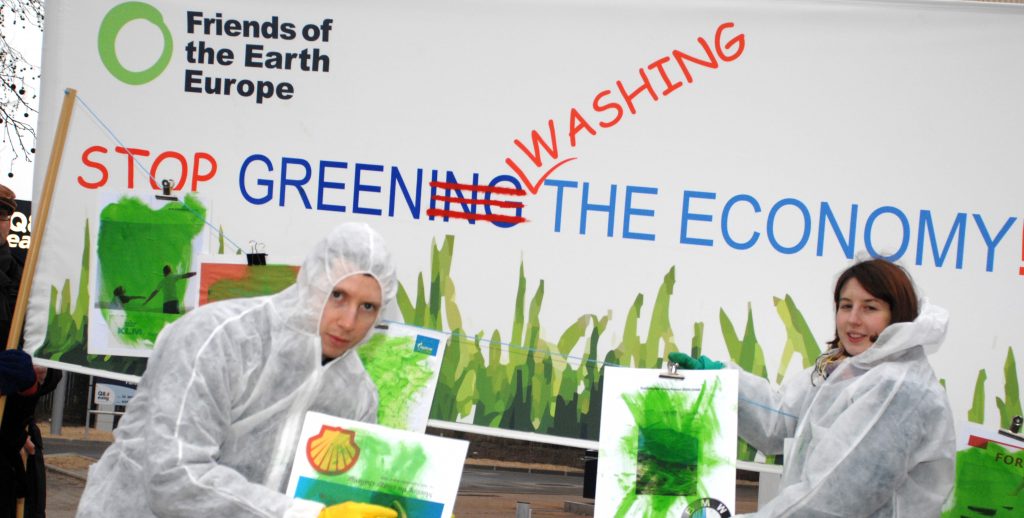 A summons [1], instigated by Friends of the Earth Europe and delivered by bailiff to Saab’s Belgian office, calls on the company to remove all wording and imagery from its website and brochures which associate its cars with nature or the protection of the environment. It must also withdraw false claims that driving a Saab reduces CO2 emissions.

Friends of the Earth Europe also highlights in the document that Saab does not display the CO2 emissions or fuel consumption figures of its ‘Biopower’ engines on its website or in its brochures, which is a violation of Belgian and European law.

The manufacturer has eight days to meet the demands, after which time Friends of the Earth Europe will file legal proceedings complaining against the company’s misleading advertising.

Jeroen Verhoeven, car efficiency campaigner for Friends of the Earth Europe said: “Saab is the latest carmaker to engage in ‘greenwash’ advertising designed to enhance its green credentials. Instead of fooling consumers that its cars don’t damage the environment, Saab should be making real efforts to improve the fuel efficiency of its vehicles.”

The action by Friends of the Earth Europe follows a ruling in November last year by the Belgian advertising standards authority (JEP) that Saab must cease an advertisement campaign in which it claimed its ‘Biopower’ cars made the roads, “finally turn green”. The JEP deemed that the wording was in breach of the environmental advertisement code which forbids advertisers from implying a product has no impact on the environment, unless the claims can be proven.

Despite this ruling Saab has continued to claim on its website and in its brochures that a car with a ‘Biopower’ engine will provide drivers with a “clean conscience” about its environmental impact. Saab backs up this assertion by stating that driving a car which runs on E85 – a blend of 85 per cent ethanol and 15 per cent petrol – will reduce its CO2 emissions by 80 per cent.

Friends of the Earth Europe argues that the advertising abuses consumer concern for the environment and exploits possible lack of environmental knowledge. Whether CO2 can be saved over the lifecycle of ethanol, and if so by how much, is highly dependent on how the ethanol has been produced. As a car manufacturer, Saab has no control over the origins and production methods of ethanol available at the pump. Ethanol production has wide-ranging negative environmental impacts such as increased water use and land-use changes, and there are important challenges in measuring life-cycle emissions from ethanol. Consequently Saab cannot substantiate environmental claims regarding ethanol use, and its statement that ethanol is environmentally friendly is misleading.

“Saab is using ethanol as a green alibi to cover up the fact that it is failing to significantly reduce the fuel consumption of it cars,” Mr Verhoeven added.

Contrary to its claims, the environmental performance of Saab’s vehicles is poor. According to official fuel consumption data, which is a key determinant of how much CO2 cars release into the atmosphere, Saab cars rank among the worst, rating from mediocre to very poor. [2]

[1] The text of the summons can be found in the downloads in English and French.  [2] Belgian official fuel consumption data can be found at: www.voiturepropre.be