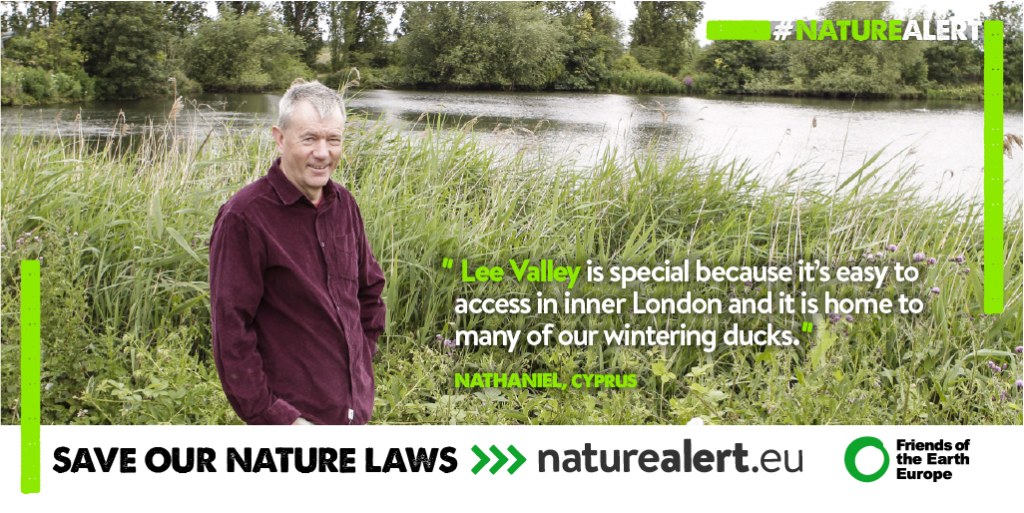 Over half a million people called on the European Commission to save Europe’s nature laws in a public consultation – by far the highest number of responses ever reached in the history of the EU. The public consultation formally closed at midnight on Sunday the 26th.

In May, major environmental organisations launched the ‘Nature Alert’ campaign in response to the EU Commission’s proposal evaluate whether the existing EU nature laws should be changed. The campaign makes the case for improved implementation and enforcement of existing rules set out by the laws – known as the Birds and Habitats Directives.

Alongside the half a million citizens, over 120 environmental groups have sent a clear message to European decision makers: EU nature laws should not be changed.

Speaking about the sucess of the campaign, Robbie Blake, nature campaigner at Friends of the Earth Europe, said: “An incredible 520,325 people across Europe have called for vital nature protection laws to be reinforced. This record-breaking response shows how deeply people care about our special nature sites and wildlife, and cannot be ignored. A thriving natural world is crucial for everybody’s health and wellbeing, so the EU would be foolish to undermine nature protections in the name of cutting red tape.”

The laws protect over 1,000 key species and over 27,000 natural sites in Europe. They have been credited with saving a number of iconic species native to Europe such as the Grey Wolf, the White-Tailed Eagle and the Common Seal. As a result, the EU is now home to the world’s largest network of protected areas, Natura 2000, which covers almost a fifth of the EU’s land.

Scientific evidence shows that the laws effectively protect key endangered species and threatened habitats, and contribute to the socio-economic development of local communities and regions.

Geneviève Pons, director of WWF’s European policy office said: “At a time when the European Union is severely tested, the overwhelming support from all corners of the continent for Europe’s nature laws demonstrates that people can get together and defend what really matters to them. Europeans care about their nature, and the Union’s laws that protect it. Now, it is time for the Commission to listen to the evidence and draw up a plan for nature protection based on more funding and stronger law enforcement.”

The official analysis of the consultation is likely to be published in autumn 2015 and a final decision on the future of the laws is expected by June 2016.

Friends of the Earth Europe gratefully acknowledges financial assistance from the European Commission DG Environment and the MAVA Foundation. The contents of these materials are the sole responsibility of Friends of the Earth Europe and cannot be regarded as reflecting the position of the funders mentioned above. The funders cannot be held responsible for any use which may be made of the information this production contains.