Paris climate deal not fit for people and planet 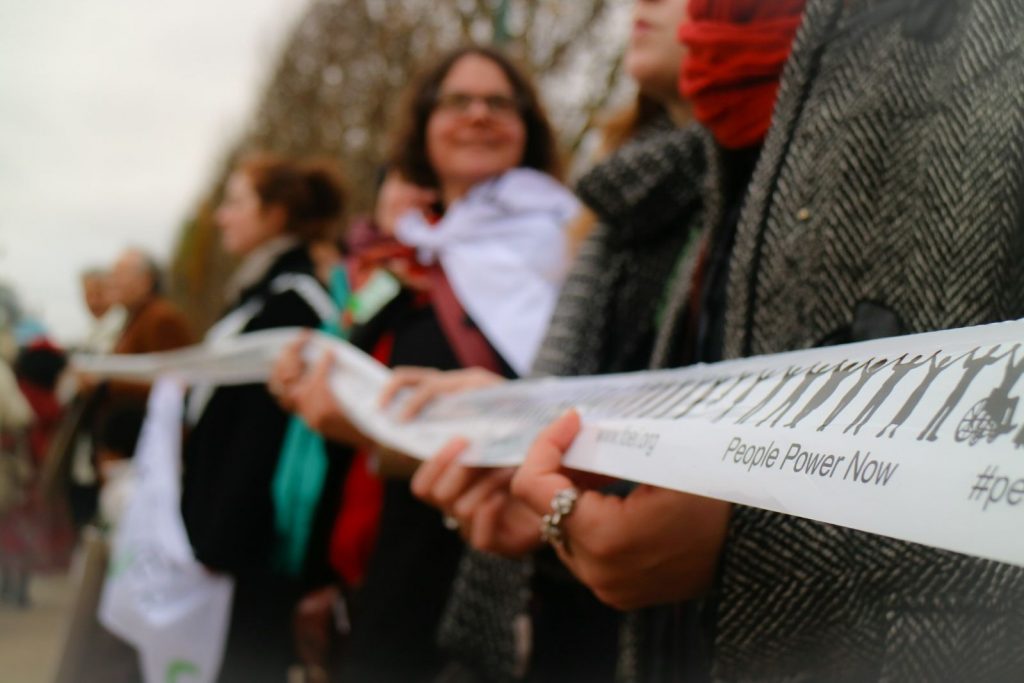 The COP21 climate talks have concluded in Paris with a weak final outcome according to Friends of the Earth Europe.

Sonja Meister, climate justice and energy campaigner for Friends of the Earth Europe said: “The list is long why the Paris deal falls short of what is needed to effectively combat climate change and protect vulnerable and poor people across the world. It is a deal in favour of polluters which lets rich countries escape their responsibility. The agreement leaves us on track for 3 degrees of warming and planetary emergency. But we must remember that the window is not quite closed. Thousands of climate protesters in the streets of Paris today have shown they understand climate justice, even if politicians do not. Post-Paris rich industrialised countries must learn what ‘fair share’ means, and take action to urgently phase out fossil fuels.”

“Despite the hype, the Paris agreement will fail to deliver. Politicians say it is a fair and ambitious deal – yet it is the complete opposite. People are being deceived. Vulnerable and affected people deserve better than this failed agreement; they are the ones who feel the worst impacts of our politicians’ failure to take tough enough action,” said Dipti Bhatnagar, Friends of the Earth International climate justice and energy coordinator.

The European bloc of countries is amongst those which has offered only warm words and empty promises in Paris, rather than the necessary real action, says Friends of the Earth Europe.

Susann Scherbarth, climate justice and energy campaigner at Friends of the Earth Europe said: “This is a treaty in favour of polluters not people. The EU’s support for a 1.5C upper temperature rise limit is disingenuous when it is not committing to more action. If the EU wants to be genuine about the warm words it has said during these talks, it must urgently commit to deeper emissions cuts in the short and medium-term and to more long-term action – in the shape of a total phase out emissions well before 2050. To get on track to its fair share of climate action post-Paris, Europe must catch-up with the citizen-led energy transition and get off fossil fuels.”

As politicians copped-out of genuine climate action at the international climate talks in Paris, over 2,000 activists from the Friends of the Earth International federation, joined by thousands more from Paris sent a global message for climate justice and peace, writ large across the city. Thousands of individuals spelled out “Climate Justice Peace” across Paris using geo-localisation software, recorded online.

Jagoda Munic, chairperson of Friends of the Earth International said: “Instead of acting with ambition and urgency, our governments are acting in the interests of powerful lobbies and corporations, but people are taking back the power. History will not be made in the convention centre, but on the streets of Paris and round the globe. The climate justice movement is unstoppable and will continue to expand in 2016 and beyond. A handful of politicians will not stop the energy revolution.”

According to Friends of the Earth International three major problems stem from the Paris talks:

– The draft Paris deal states that 2 C is the maximum acceptable global temperature increase, and that countries should pursue efforts to limit the temperature increase to 1.5°C. This is meaningless without requiring rich countries to cut their emissions drastically and provide finance in line with their fair share, and places the extra burden on developing countries. To avoid runaway climate we need to urgently and drastically cut emissions, not just put it off.

– Without compensation for irreparable damage, the most vulnerable countries will be left to pick up the pieces and foot the bill for a crisis they didn’t create.

– Without adequate finance, poor countries will now be expected to foot the bill for a crisis they didn’t cause. The finance exists. The political will does not.