NEW REPORT: Half a million new jobs could be created in Europe by recycling more 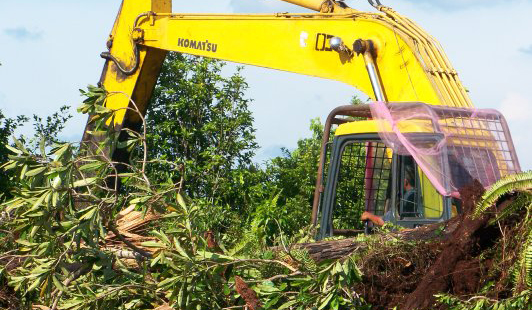 Brussels, September 14 – At least 500,000 new jobs would be created in Europe if countries recycled 70% of their waste finds a new study, ‘More Jobs, Less Waste’, launched by Friends of the Earth today. [1] This is the recycling rate already achieved by Flanders in Belgium.

President of the European Commission José Manuel Barroso has called for the creation of 3 million new green jobs by 2020 in his ‘State of the Union’ [2] speech to the European Parliament; this study shows that a significant portion of this target could be achieved through increased recycling across Europe.

The EU’s current recycling target of 50% by 2020 [3] will mean no overall increase in jobs, according to the research, as a reduction in waste levels is predicted by 2020.

The report also shows that recycling creates around ten times more jobs per tonne than sending rubbish to landfill or incineration.

Previous research for Friends of the Earth [4] showed that the EU currently buries or burns at least €5.25billion of recyclable materials every year. Recycling that waste would save the equivalent of 148 million tonnes of climate changing emissions, equivalent to taking 47 million cars off the road.

Friends of the Earth Europe’s resources campaigner, Dr Michael Warhurst said: “Our research shows that a 70% recycling target would create more than half a million new jobs by 2020, a significant contribution towards the 3 million green jobs that President Barroso has called for by 2020.

“Despite the economic, environmental and employment benefits of recycling more, the European Commission has up until now failed to set high enough recycling targets for Europe.

“European Environment Commissioner Janez Potocnik has stated that resource efficiency is one of his priorities, now he must not waste the opportunity to make it a reality.

“Europe must stop throwing valuable resources – and the potential jobs that come with them – in holes in the ground or sending them up in smoke in expensive incinerators.”

The report comes as the European Commission is reviewing its approach to waste and recycling. [5] Friends of the Earth Europe is proposing that the EU adopts higher recycling targets, and stops landfilling and incinerating materials that can be recycled. [6]

[1] The report is ‘More Jobs, Less Waste’ is available from the Friends of the Earth Europe website at:
http://www.foeeurope.org/publications/2010/More_Jobs_Less_Waste_Sep2010.pdf

Using very conservative assumptions, the report finds at least 563,000 new jobs would be created if the EU moved to 70% recycling of key streams of municipal, commercial and industrial (C&I) and construction, demolition and excavation (CD&E) waste. Using less conservative multipliers for jobs created as a result of the increase in employment in recycling (e.g. suppliers& through spending of salaries), at least 750,000 new jobs are predicted.

‘More Jobs, Less Waste’ was written for Friends of the Earth by economist Anna MacGillivray from URSUS Consulting, with additional data analysis and peer review provided by Dr Julian Parfitt of Resource Futures.

The authors produced 50% and 70% recycling scenarios within a context of an expected reduction and then stabilisation of the rate of generation of waste. They analysed a range of datasets to create conservative projections for the number of jobs created within the UK (compared to 2006) and across the EU (compared to 2008) by recycling either 50% or 70% of various waste streams. For details see the full report.

[2] “State of the Union 2010”, 7th September 2010: http://europa.eu/rapid/pressReleasesAction.do?reference=SPEECH/10/411 [3] The revised Waste Framework Directive, to be transposed into Member State law by 12th December 2010, sets a 50% target for the recycling of municipal waste by 2020. [4] Friends of the Earth (2009). “Gone to Waste: The Valuable Resources that European Countries Bury and Burn”.
http://www.foe.co.uk/resource/reports/gone_to_waste.pdf [5]http://ec.europa.eu/environment/waste/strategy.htm [6] “Creating an EU recycling society: It’s not (just) implementation“, talk given in June 2010