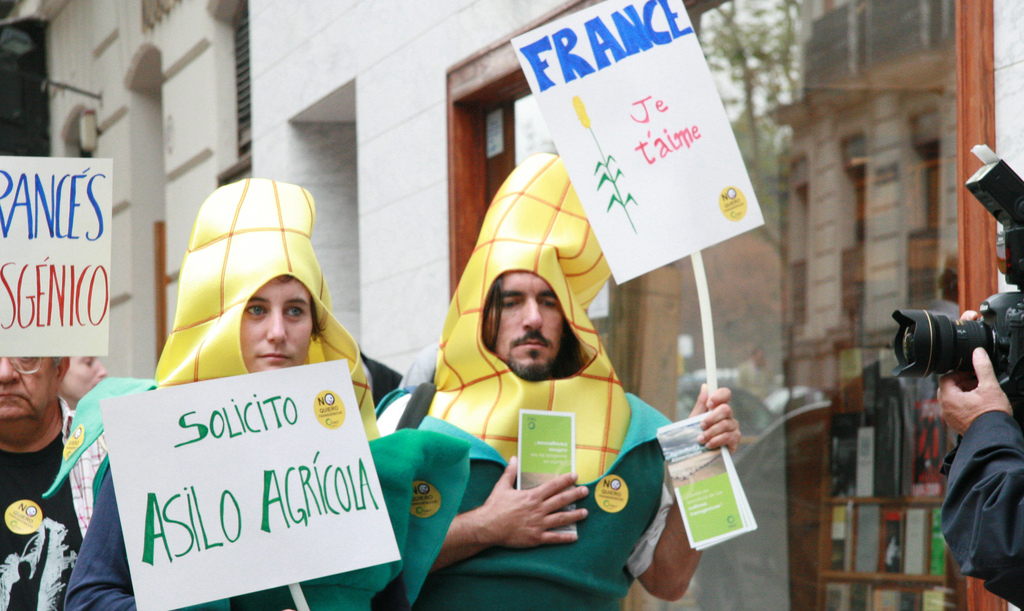 The report – released by Friends of the Earth Europe amid global worries about the increasing impacts of rising food prices – calls for an end to investments by European banks in harmful agrofuel projects. [2]

Agrofuels have been blamed as a major factor driving up food prices. According to the UN and the World Bank, 100 million more people are currently facing severe hunger due to higher prices for basic foods. [3]

Fuels from sugar cane, soybeans and palm oil are increasingly used in Europe. Their large scale production in countries such as Brazil, Argentina, Paraguay and Colombia is extremely controversial as it leads to the destruction of the Amazon and other valuable ecosystems, as well as to the contamination of drinking water. Large scale plantations also lead to human rights violations against peasants, with working conditions on some plantations in Brazil classed as modern slave labour.

At the same time agrofuel companies are making record profits, enabled by loans, investments and other financial support from private banks. All major European banks have invested billions of Euros over recent years in agrofuel producing companies such as Cargill, Bunge, ADM, Cosan and Brasil Ecodiesel. Several of these companies have been involved in, and convicted of, illegal activities in Latin America. [4]

Paul de Clerck, Friends of the Earth International corporate campaign coordinator, said: “Agrofuels are a booming business and banks are out to make maximum money while millions of people are suffering from lack of food and the environment is being destroyed. Banks should immediately stop their investments in such harmful agrofuel development.”

Friends of the Earth is also calling on the European Commission to revise its plans for a mandatory 10 per cent target for the use of agrofuels in transport by 2020, which it says will exacerbate the problems associated with the production of agrofuels. Agrofuels are billed as a solution to climate change but growing scientific evidence shows that they may actually increase rather than decrease greenhouse gas emissions, especially if wider knock-on effects, such as changes in land use, are taken into account.

“Using crops to feed cars instead of people is a false solution to climate change,” added Mr de Clerck.

[2] Biofuels are plants grown to make fuel instead of food. When they are grown in intensive agricultural systems, such as environmentally-damaging large-scale monoculture plantations, they are called agrofuels.

[3] This number was cited by UN Secretary General Ban Ki-moon on April 29 2008 when he announced a new task force to tackle the global food crisis.

[4] In March 2007, the Supreme Court in Brazil judged that Cargill operated illegally while constructing a terminal on the banks of the Tapajos River to facilitate exports of soy beans without proper Environmental Impact Assessment. See fact sheet.

In March 2008 the Federal Regional Tribunal in Brasil ordered Bunge to immediately stop using wood as energy source for its facilities in Piaui due to the lack of necessary permits. See fact sheets here and here.