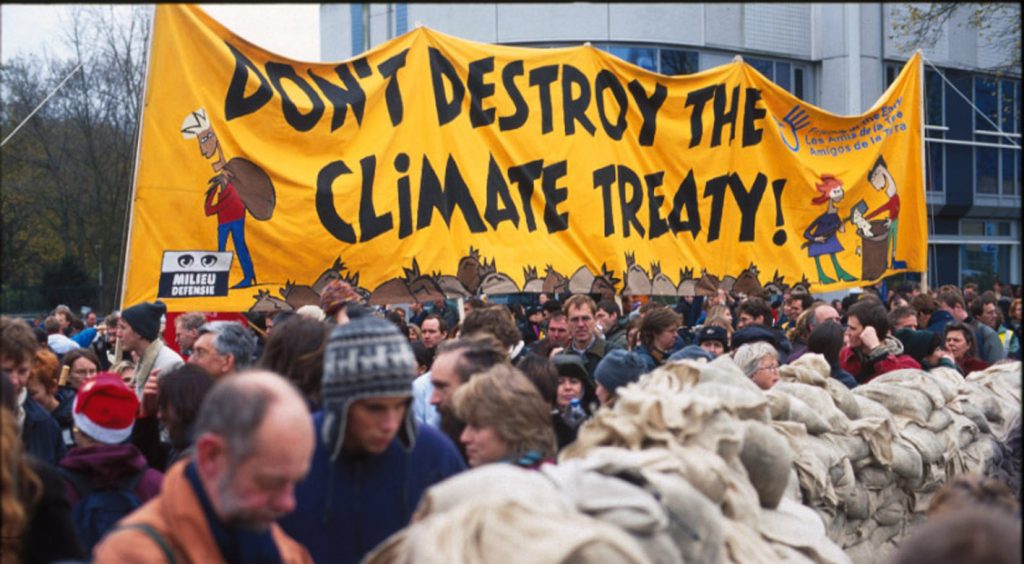 Brussels, April 11 – The EU funding plans of the new member states for 2007-2013 are on a collision course with EU climate goals and Poland even plans to increase its emissions by 31 percent,a new report by Friends of the Earth Europe and CEE Bankwatch Network warned today [1]. The NGOs called on the European Commission President Barroso and Commissioners H�bner and Dimas to intervene and insist on urgent changes in the draft funding plans, which are currently being negotiated between the Commission and each member state [2].

Martin Konecny, FoE Europe EU Project coordinator said: “The spending plans for 2007-2013 are laden down with huge amounts of carbon dioxide and feature remarkably little in the way of clean and efficient energy and transport. The Commission must now take firm steps to prevent seven years and billions of Euros being lost to energy-intensive development. ”

Analysing the draft funding plans of the ten central and eastern European (CEE) new member states, the report – entitled “EU cash in climate clash” – shows that energy efficiency and renewable energy have each been allocated only 1 percent of the 177 billion Euros earmarked for these countries from the Structural and Cohesion Funds. This is in contradiction with the EU’s own cohesion policy priorities [3].

Within the transport sector, 53 percent of the funds have been allocated for roads and motorways that will generate more traffic and greenhouse emissions. Only 30 percent is to be spent on railways and 10 percent for public urban transport.

The report features clear, concise breakdowns of the CEE countries’ planned allocations in energy and transport and rates them. Hungary’s and Poland’s plans score the worst on energy efficiency, while the plans of Romania, Slovakia, Lithuania, and Slovenia score the worst on clean urban transport.

The report comes one month after the EU Spring Summit, which agreed new targets for emission reductions, energy efficiency and renewables by 2020 and called for reviewing EU funds in line with EU climate change objectives. [4]

“How can we take the climate and energy commitments agreed by EU leaders in March seriously if the EU undermines them with its second biggest budget line?” – questions Mr Konecny.

Alarmingly, Poland, which is to receive almost one fifth of the total EU funds budget in 2007-2013, plans a 31 percent increase in its greenhouse gas emissions by 2013 compared to 2003, according to the indicators in its submitted EU funding strategy. [5]

“Plans, such as those of Poland, to use EU funds in blatant contradiction of EU climate goals must be rejected by the European Commission. The current Polish plans should be sent back to Warsaw to be reworked and thoroughly decarbonised before the EU billions for Poland are released,” Ms Stoczkiewicz added.

The report also shows that the four countries that have so far received by far the most EU funds per capita – Spain, Portugal, Greece, and Ireland – have also witnessed by far the greatest increases in greenhouse gas emissions in the EU. The same scenario can be avoided in the new member states, if EU funds are systematically directed towards energy efficiency, renewable energy and low-emission transport, the report argues.

2. The plans – so-called National Strategic Reference Frameworks (NSRF) and Operational Programmes (OP) – have been drafted by the member states and submitted to the European Commission, which has the final say and the right to ask for modifications before approving them. In the first half of 2007, the Commission has to review and approve nearly 450 OPs submitted by all the EU’s beneficiary member states and regions. The negotiations with most member states will continue for a few more months. The actual state of approvals of the NSRFs and OPs can be seen on the Commission’s scoreboard:
http://ec.europa.eu/regional_policy/newsroom/pdf/scoreboard020407.pdf

3. Energy efficiency and renewable energy are emphasised as one of the twelve priority areas for EU funded investments in The Community Strategic Guidelines on Cohesion 2007-2013:
http://ec.europa.eu/regional_policy/sources/docoffic/2007/osc/index_en.htm

4. European Council Conclusions, 9 March 2007: “The European Council. calls for an early review of the . relevant Community instruments which can provide incentives, with the aim of making them more supportive of the Community’s energy and climate change objectives.”
http://www.consilium.europa.eu/uedocs/cms_Data/docs/pressdata/en/ec/93135.pdf

Separately from this, the Commission recently decided that Poland must limit by 27 percent its annual amount of CO2 emission allowances in its National Allocation Plan for the 2008-2012 period. Similar cuts were also made for most the other new member states.