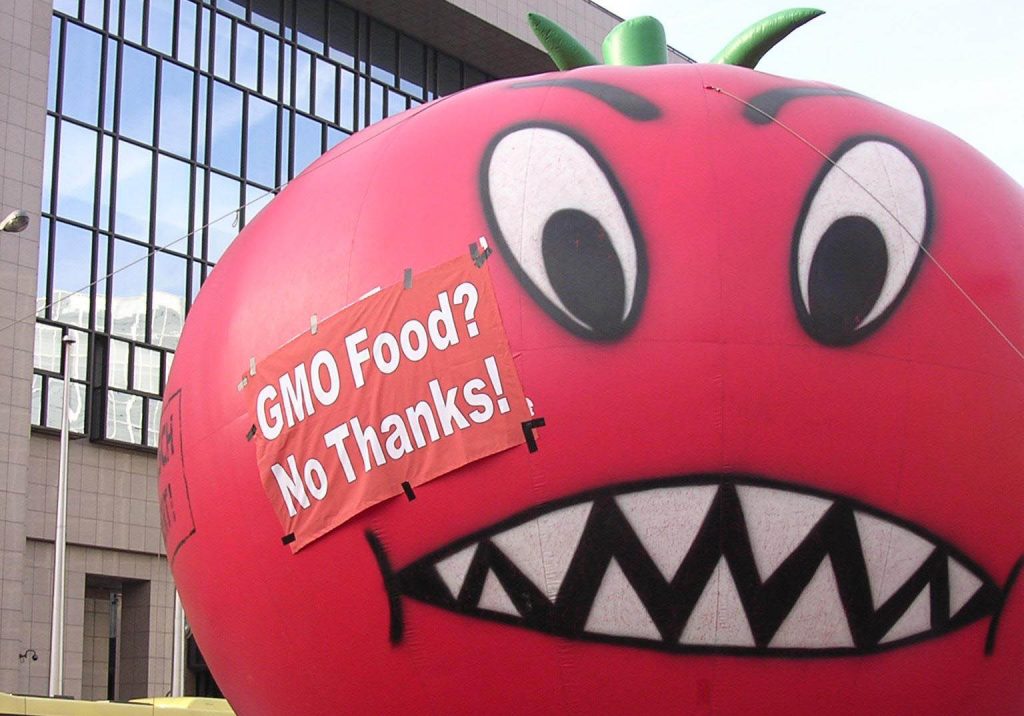 Brussels, 10 February, 2009 – On the eve of the release of annual industry-sponsored figures, a new report released today by Friends of the Earth International reveals the failure of genetically modified crops around the world, and how statistics showing their increase in Europe have been manipulated. [1]

The new ‘Who Benefits from GM Crops?’ 2009 report [2] exposes inconsistencies in how the European biotech lobby group EuropaBio has reported the total area planted to GM crops. [3] The group inflated the figures by almost a quarter in 2008 to mask an actual decline.

The misleading numbers are used by companies to make genetically modified farming appear more widespread than it really is. In reality public opposition and safety-conscious European governments mean that planting of GM crops in Europe has decreased every year since 2005 with an overall drop of 35 per cent. [4]

Helen Holder, European GMO campaign coordinator for Friends of the Earth, said: “Global acceptance of GM crops would mean big bucks for an industry that profits from royalties for patented seeds and pesticides, but Europe has resisted GM food and crops for more than ten years.

“The biotech industry is resorting to lies in its attempt to force its products onto the public. It’s time for them to stop the spin and face the failure of GM in Europe.

“GM crops are grown in a very small surface area worldwide, and only significantly in countries targeting the markets of richer nations. As has now been recognised internationally, they do not benefit small-scale farmers or contribute to poverty reduction.”

The cultivation of GMOs remains a fraction of agriculture, with GM maize, the only GM crop approved, constituting a mere 0.21 per cent of agricultural land in the European Union [5]. Globally, GM crops are still confined to a handful of countries with highly industrialised, export-oriented agricultural sectors. Nearly 90 per cent of the area planted to GM crops in 2007 was found in just six countries in North and South America, with 80 per cent in the US, Argentina and Brazil. One country alone, the United States, plants over 50 per cent of the world’s GM crops. Just 3 per cent or less of cropland in India and China is planted to GM crops. [6]

Friends of the Earth International’s report exposes how even as populations around the world are hit by rising prices of basic food, biotech corporations are reporting record profits by increasing prices of GM seeds and pesticides exponentially. Farmers are being squeezed at a time when the number of people around the world facing hunger is reaching 1 billion. [7]

Despite much pro-GM hype built up by the industry during the food crisis, there is still not a single commercial GM crop with increased yield, drought-tolerance, salt-tolerance, enhanced nutrition or other ‘beneficial’ traits long promised by biotech companies. [8]

Official data from major producer countries – US, Argentina and Brazil – confirms that pesticide use increases with GM crops, including the use of toxic chemicals banned in some European countries. This causes massive increases in costs for farmers as well as agronomic, environmental and health problems, mostly affecting poor communities who live near intensive GM farms. [9]

[1] The Friends of the Earth International report launch comes one day ahead of the annual release of the ‘Global Status of Commercialized Biotech’ report of the industry-sponsored International Service for the Acquisition of Agri-biotech Applications (ISAAA) – which promotes GM crops as a key solution to hunger and poverty. [2] ‘Who Benefits’ from GM crops?: Feeding the biotech giants, not the world’s poor’ from Friends of the Earth International. [3] http://www.europabio.org/documents/2008%20Cultivation%20chart.pdf
The European biotech lobby association dropped France – which banned GM crop cultivation in 2008 – from its caluations so that an overall increase was shown rather than the actual decrease caused by the French ban. [4] Crops have been grown in seven European countries – Czech Republic, France (stopped in 2008), Germany, Portugal, Slovakia, Spain, Romania. See EU briefing [5] 4 ISAAA, 2008. http://www.isaaa.org/resources/publications/briefs/37/pptslides/default.html as reported in http://www.gmfreeze.org/uploads/GM_crops_land_area_final.pdf [6] ‘Who Benefits’ from GM crops: Feeding the biotech giants, not the world’s poor’ Friends of the Earth International. See note [2] [7] Monsanto is the world’s largest seed firm and holds a near monopoly in the market for GM seeds. It also markets Roundup, the world’s biggest-selling herbicide, to be used in conjunction with its ‘RoundupReady seeds’. Goldman Sachs recently projected Monsanto’s total revenue increasing 74% from 2007 to 2010 (from $8.6 to $14.9 billion). The average price for soybean seed, the largest GM crop in the US has risen by more than 50% in just two years from 2006 to 2008 – from $32.30 to $49.23 per planted acre. The price of Monsanto’s triple-stack corn will reportedly increase by $95-100 per bag, to top $300 per bag in 2009. Retail prices for Roundup herbicide have increased from just $32 per gallon in December 2006 to $45 per gallon a year later, to $75 per gallon by June 2008 –a 134% price hike in less than two years. Monsanto controls roughly 60% of the market for glyphosate (the active ingredient of Roundup). [8] The biotech industry has still not introduced a single GM crop that has enhanced nutrition, higher yield potential, drought-tolerance, salt-tolerance, or other promised traits. As before, biotech agriculture consists of four crops with just two traits, herbicide-tolerance and/or insect-resistance. Of the 12 GM crops awaiting USDA commercial approval, nearly half (5) are herbicide-tolerant. Two (corn and soybeans) have dual herbicide-tolerance, while three others are tolerant to a single herbicide (cotton, alfalfa and golf-course grass). None of the others represent beneficial new traits. Three varieties of insect-resistant (IR) corn (2) and cotton (1) are minor variations on existing IR crops. Virus-resistant papaya and soybeans with altered oil content are already approved, though not grown to any significant extent. Carnations engineered for altered colour are a trivial application of biotechnology. Finally, corn engineered to contain a novel enzyme for “self-processing” into ethanol presents potential risks to human health and is a totally unnecessary development, given the huge amounts of existing corn already devoted to ethanol production. [9] “Who Benefits’ from GM crops: Feeding the biotech giants, not the world’s poor” Friends of the Earth International.