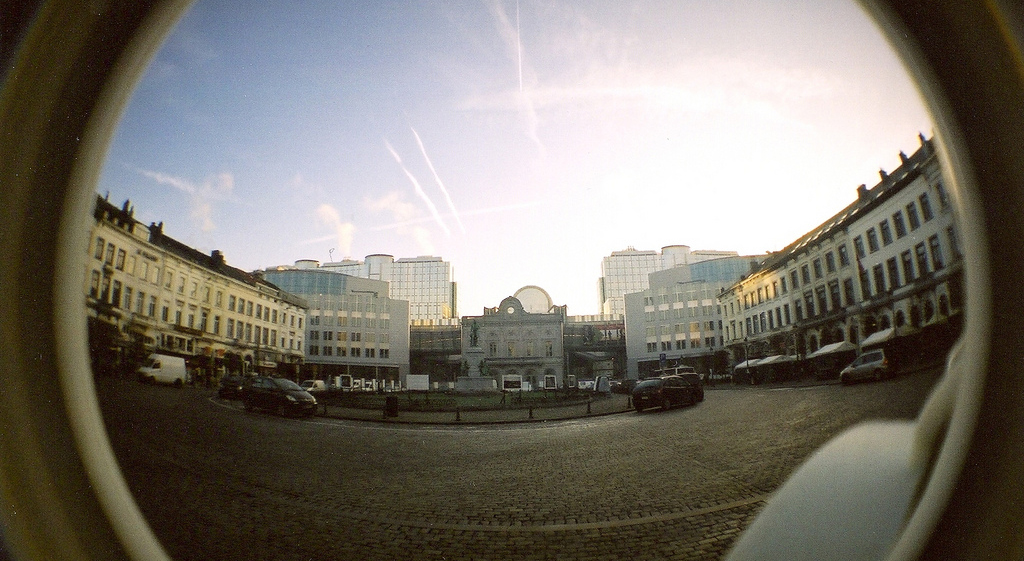 The new code of conduct for Members of the European Parliament is failing to prevent potential conflicts of interest in a number of specific cases, finds a new report released today. [1]

The research conducted by Friends of the Earth Europe, Corporate Europe Observatory, LobbyControl and Spinwatch, details the cases of four individual MEPs who risk potential conflicts of interest, since they have financial or other links with companies and industry groups that have a direct interest in European Parliament legislation and are involved in lobbying MEPs. [2] The authors warn this is against the spirit of the code of conduct, which was intended to end such conflicts.

The cases involving elected representatives from Austria, Denmark, and Germany illustrate the loopholes that exist in the Parliament’s ethics code which was introduced in January 2012.

The authors recommend that strong enforcement measures and tight monitoring are introduced in order to make the code a fully working tool which will allow proper screening of potentially overlapping interests, stop existing conflicts of interest, and prevent new scandals from arising. [3]

Paul de Clerck of Friends of the Earth Europe, said: “More than a year after the new rules entered into force we are now able to see that they have not resulted in the shift to more ethical behaviour by MEPs that we hoped for. Some MEPs are still on the payrolls of industry lobby groups, law firms and companies that are involved in lobbying EU institutions – these outside interests are continuing uncurbed.”

Nina Katzemich of LobbyControl, said: “The new code was meant to remedy the lack of regulation that brought about the “cash for amendment scandal”. Some progress has been made concerning transparency, but implementation remains insufficient. Unless the parliamentary authorities tighten up monitoring and enforcement, the code will be of very limited use for clearing suspicions about the conduct of MEPs or building citizens’ trust in the institutions governing them.”

To eliminate the risk of conflicts of interest for MEPs, Friends of the Earth Europe, Corporate Europe Observatory, LobbyControl and Spinwatch are recommending that the parliamentary authorities:

[1] New code, old conduct? Transparency and conflicts of interest rules in the European Parliament: too loose to deliver? Report, July 2013

Full correspondence with MEPs named in the report about the findings can be found here: http://www.foeeurope.org/sites/default/files/new_code_old_conduct_annex_july2013.pdf

[2] The cases detailed in the report illustrate the need for better disclosure and monitoring of MEP’s interests:

MEP Bendt Bendtsen (Denmark) declares paid and unpaid memberships in the boards of Danske Bank (the biggest Danish bank), Esvagt and Seamall (both active in the shipping sector). All have commercial interests in issues that the European Parliament is legislating on. Danske Bank is directly involved in lobbying EU institutions.

MEP Klaus-Heiner Lehne (Germany) declares being a partner in international law firm Taylor Wessing, while chairing the committee on legal affairs of the European Parliament. Business interests and areas where Taylor Wessing advises corporate clients include finance and patents issues, in which Mr Lehne has been involved at the rapporteur level.

MEP Paul Rübig (Austria) declares being paid a salary of between €1,001 and €5,000 per month by the Austrian economic chamber (WKÖ) which represents all Austrian companies. On several instances the MEP has been rapporteur on issues likely to be of interest for the members of the chamber, including intellectual property rights and competitiveness. WKÖ is involved in lobbying EU institutions.

Both MEP Karas (Austria) and MEP Rübig (Austria) declare receiving support in terms of staff from WKÖ and the Institut für Bildung und Innovation, which is linked to the Federation of Austrian Industries (IV, the Austrian member of BusinessEurope). WKÖ and IV are actively involved in EU lobbying while they have direct staffing arrangements with the MEPs. Mr Karas is member of the parliament’s economic affairs committee responsible for financial market regulation and tax issues, both of them highly relevant for WKÖ, IV and their member companies.