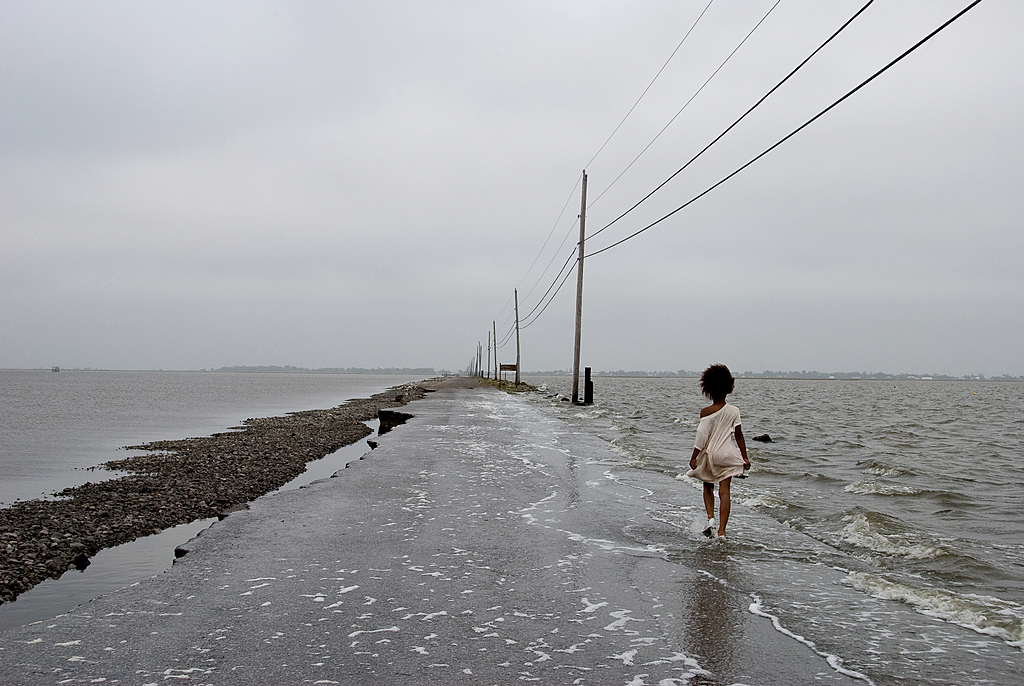 Climate impacts are occurring faster, and will become more severe even sooner than previously predicted, according to the latest and most comprehensive report from the UN’s International Panel on Climate Change (IPCC) [1].

The officially-appointed body of scientists from around the globe, today released its latest assessment, laying out in stark detail the devastating impacts of climate change on different regions, people’s livelihoods and well-being, and ecosystems and biodiversity.

In what should have been a scientific, not political, process, developed countries battled to remove references to the urgent need for increased finance flow from rich to poor nations for adaptation and loss and damage.

Campaigners and experts from Friends of the Earth International, the world’s largest grassroots environmental network, gave their responses.

“This report makes for grim reading in what are already dark times. The impacts of the climate crisis are worse than predicted, and happening faster than predicted – and the impacts on more vulnerable parts of the world are even more dire.

“Europe, as a rich region and prime culprit, must act like this is the emergency it is. There must be no more delays or excuses to massively accelerate the roll-out of renewables and home renovations and urgently end our dependency on fossil fuels. Europe must deliver on its responsibility to support those hardest affected by the climate crisis and ensure that the everyone can participate in the energy transition.”

“It is a disgrace that decades of cowardly decisions by rich industrial nations have led us here to the brink of climate catastrophe laid bare in this latest IPCC Assessment Report.

“Scientists have confirmed that much more finance must urgently flow from developed to developing countries, to enable the latter to adapt and adjust to irreparable damage from climate impacts. This funding is necessary to secure the wellbeing of their citizens and economies. Without it, our hard-fought progress for equity, equality, rights and justice will unravel.”

The report confirms that some damage is now beyond repair and it will be impossible for many communities to adapt, especially if the 1.5-degree threshold is breached. Because of unchecked emissions, the world has already reached 1.2C of warming. Now we’re facing the potential of hundreds of millions of people displaced from their homes within this century, and swathes of farmland turning to dust.

Vulnerability to the crisis is shaped by the ongoing legacy of colonialism, as well as intersecting processes of marginalisation, such as gender, Indigenous identity, health, poverty, conflict, and education, according to the report. The science reiterates that the most vulnerable and marginalised must be prioritised when implementing solutions.

Regions in the Global South will struggle to adapt to the impacts extreme weather events will have on food production, according to the report. Scientists warn that this will prevent the achievement of UN Sustainable Development Goal 2 for ‘Zero Hunger’ in regions such as Africa, South Asia, and Small Island States.

The report also emphasises that Indigenous rights and knowledge are indispensable to tackling climate change. 80% of the planet’s shrinking biodiversity is on Indigenous land, and changes to ecosystems are having immediate impacts on Indigenous Peoples and local communities.

The IPCC report also warns of some of the dangers of implementing dangerous technofixes like solar radiation modification, and large scale bioenergy, with or without carbon capture and storage.

“This report sounds the alarm about the risks of some of the technologies that rich countries and transnational corporations are betting on, to avoid an urgent and necessary phase out of fossil fuels.”

With this report, the science once again reiterates what hundreds of thousands of people were calling for on the streets of Glasgow and worldwide last November: decisive, systemic action from governments. That means an end to fossil fuel subsidies, a flow of climate finance from developed to developing countries, and a fair and rapid transition to renewable energy, for all.

“For the 3.3-3.6 billion people living in highly climate-vulnerable countries – almost all of whom are in the Global South – this report is not news. Those of us on the frontlines of the climate crisis have been shouting this from the rooftops for decades. Africa faces some of the worst impacts, and the hottest regions are already becoming intolerable. We will not allow our lives, lands, and cultures to be sacrificed to the bad-faith politics and short-term profits of the global elite.”