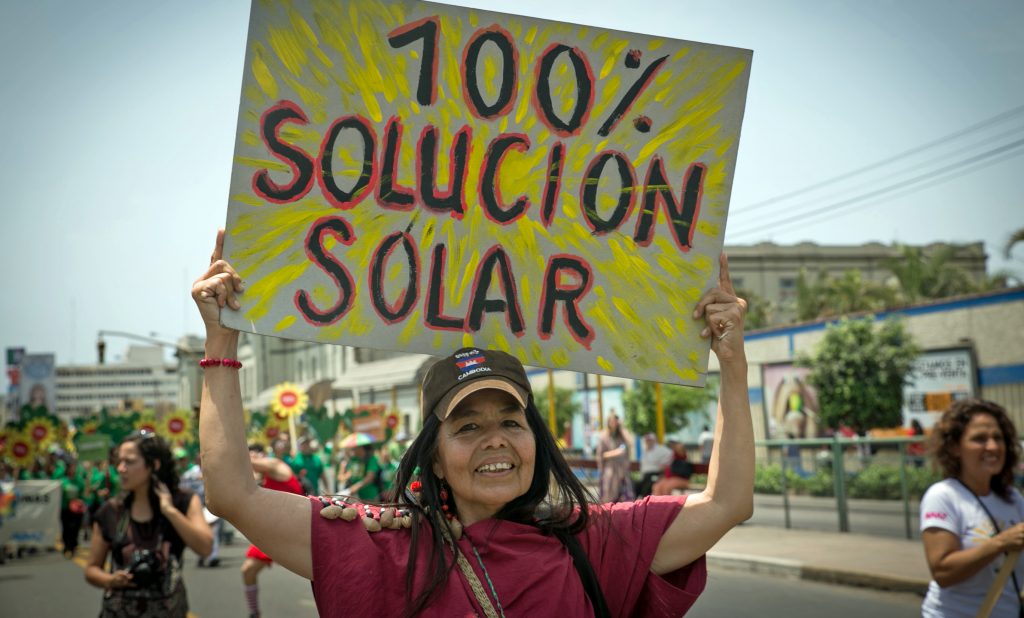 Major announcements made in Brussels today suggest Europe is holding back from the urgent action needed to transform its energy system and combat climate change.

The European Commission released details of its ‘Energy Union’ vision for Europe’s energy future, and its proposed preparations for a key global climate summit in Paris later this year.

Brook Riley, climate justice and energy campaigner at Friends of the Earth Europe commented on the announcements: “It’s frustrating to see the European Commission say it’s serious about tackling climate change, but gloss over the inadequacy of its own measures to transform Europe’s energy system.

“The target European governments have agreed on for reducing greenhouse gas emissions is based on outdated science, and assumes a 50:50 chance at best of staying below 2°C global temperature increase. People must not be duped into believing the EU is taking genuine action on climate change.”

The ‘Energy Union’ paper published today outlines Europe’s energy strategy for the next years. It stresses the need to shift the economy away from fossil fuels, says primary consideration should be given to energy efficiency, talks up the importance of renewables, and emphasises the importance of citizens taking ownership of energy.

But this vision is blurred by attempts to placate the fossil industry by diversifying gas supplies.

Brook Riley said: “We keep hearing repetitions of gas, gas, gas. But at the same time Europe has promised to cut emissions by up to 95% by 2050. It is saying one thing and doing another. The EU risks throwing hundreds of billions of euro into pipelines that it will have to decommission almost as soon as they come online because they contribute to climate change.”

“If Europe would exploit the full potential of energy savings and renewables, much higher emission cuts would be possible and we could leave the beaten track of fossil fuel dependency once and for all.”

The ‘Paris Protocol’ communication also published today is the European Commission’s proposed position for the EU ahead of the United Nations climate talks in Paris in December where a new international climate change agreement is expected to be made.

In it the European Commission highlights the importance of a legally binding agreement by the end of the year to keep global warming below 2°C.

Susann Scherbarth, climate justice campaigner at Friends of the Earth Europe said: “Europe has huge potential to go far beyond the 40% emissions cut it has announced for 2030 without relying on international offsetting or carbon trading in any way. It is essential that it sets out a stronger emission reduction pathway up to 2020 and beyond.

“By locking in inadequate climate action Europe is threatening lives and livelihoods across the world. The EU, and others like the US, are not doing their fair share given the challenge we face and the responsibility they have to reduce emissions at home and give financial and technical support to those who need it urgently.”

Friends of the Earth Europe believes the EU needs to propose an emissions reductions target which is in line with what science says is necessary to avoid the worst effects of climate change, and its responsibilities as a historic emitter.

Friends of the Earth Europe also argues that the EU needs to provide new, additional financial and technological support for climate action in developing countries. Only action on this scale will bring about the energy transition needed to avoid the worst consequences of climate change.