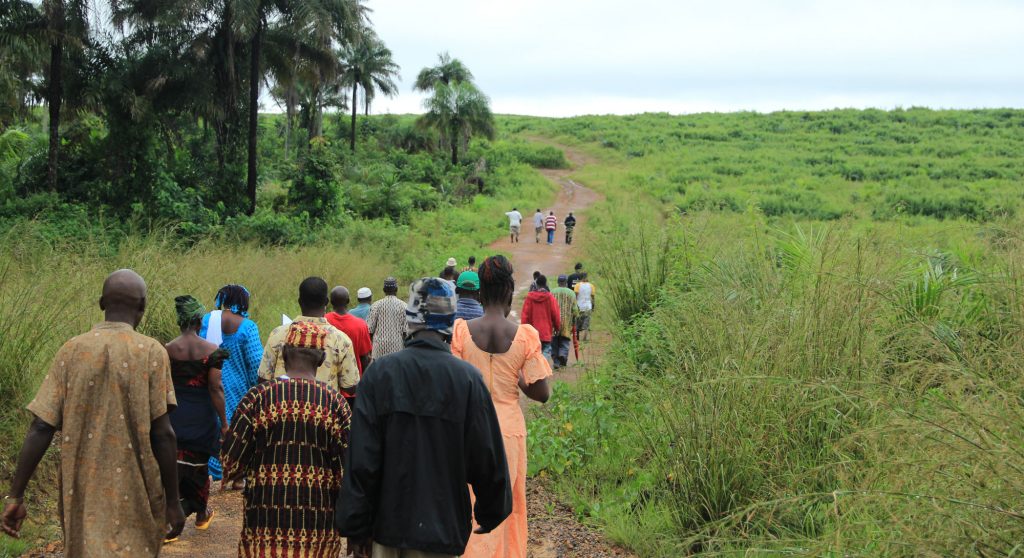 European banks, pension funds and private equity funds have given financial assistance worth more than €450 million to Malaysian palm oil giant Sime Darby, responsible for environmental degradation and violations of national regulations in Liberia, according to new research from Friends of the Earth Europe [1].

An independent impact assessment released today by Reading University reveals that Sime Darby operations could lead to a loss of biodiversity, food sources and livelihoods – leading to chronic poverty. There would also be significant environmental impacts with the loss of primary and secondary forest.

Silas Kpanan’Ayoung Siakor, campaigner for Friends of the Earth Liberia said: “Investments in agriculture can benefit the poor, but the reality in Liberia is very different. Farmers are losing their land and livelihoods, the rights of those living in poverty in rural areas are being violated, and the forests on which communities depend are increasingly threatened. I see no guarantees that rural communities will benefit in any meaningful way from investments in palm oil.”

Sime Darby, which receives financial assistance from European banks and pension funds including the Norwegian pension fund, UK-based Schroder investment management and Dutch funds PfZW, has signed a 63-year lease with the government of Liberia for 311,187 hectares to grow palm oil, according to Friends of the Earth Liberia and allies [2].

An initiative comprised of the private sector, civil society and the Liberian government found Sime Darby culpable of failing to comply with local land laws; and of failing to conduct public consultations or produce due diligence reports as required by Liberian rules – directly contradicting investor policies that require companies to respect national laws and environmental regulation.

Anne van Schaik, accountable finance campaigner for Friends of the Earth Europe said: “European funds need to stop financing land grabs in Liberia. Even though most investors have sustainability principles there are no effective procedures in place to deal with violations – which makes these policies meaningless. Investors and financiers need to put their money where their mouth is and pressure Sime Darby to stop grabbing land.”

Friends of the Earth Europe is calling on investors and financiers of Sime Darby to pressure the company to clean up its operations, or risk divestment. European banks and pension funds should not be contributing to land conflicts with local communities, deforestation or to companies who violate national law. Sime Darby should bring an immediate end to land-grabbing and deforestation, ensure adequate compensation, and any future development should obey national law and ensure free, prior and informed consent from affected communities.