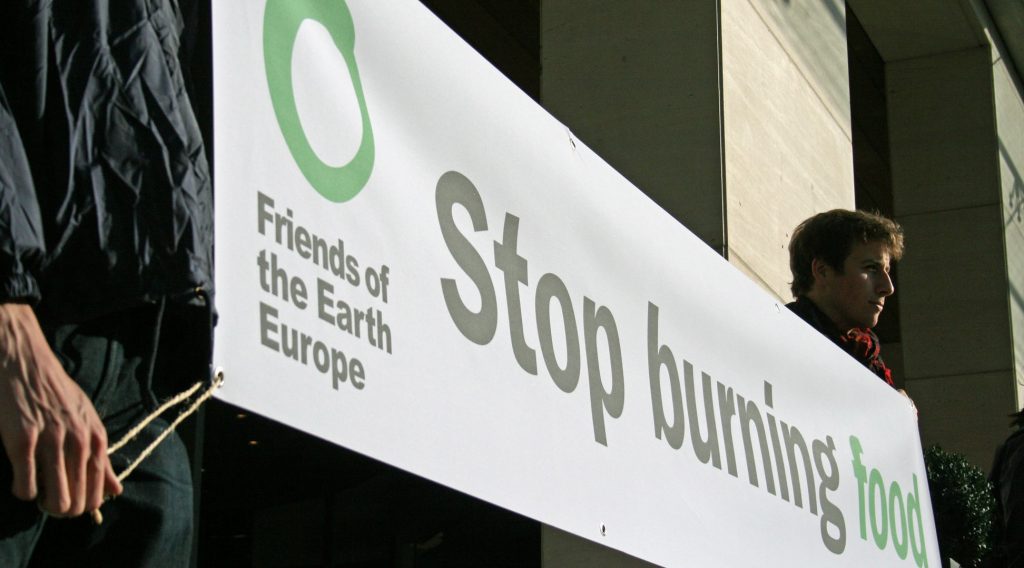 Brussels, 26 November – As negotiations over new EU targets for biofuels enter a critical final phase, environment and development campaigners have warned of a ‘climate time bomb’ if so-called ‘sustainability criteria’ are not dramatically improved.

The EU’s proposed renewable energy directive (RED) calls for 10 per cent of transport fuel to come from renewable sources by 2020, which will significantly increase demand for biofuels. Representatives of the European Parliament, Commission and the French Presidency are meeting today to hammer out the final details of the sustainability rules that would apply.

The groups say the latest proposal from the French Presidency does not take into consideration recent scientific warnings on biofuels and could actually worsen climate change, endanger biodiversity and deepen global poverty.

In particular environmental groups are concerned that the French Presidency has so far failed to respond to European Parliament and other member state initiatives that would account for the impact of ‘indirect land use change’ (ILUC) on overall CO2 emissions from biofuels. When agricultural land is used for biofuels, additional land is required for other purposes which can cause, for example, forests to be cleared for food crops. As a result, biofuels can actually cause more emissions from ‘well to wheel’ than crude-oil based petrol and diesel.

Adrian Bebb of Friends of the Earth Europe said: “The European public were assured that only sustainably-grown biofuels would be permitted in the EU. But these so-called sustainability criteria are little more than political greenwash. Despite all the warning of the potential harm biofuels can cause, the EU is ploughing ahead with massive expansion.”

Development organisations are concerned that sustainability criteria, as currently proposed, will do little to tackle the impacts of biofuel production in the poorest countries including rising food prices and increased poverty. Biofuel production has been identified by international agencies and academics as a principal driver of recent food price rises and is also linked to displacement of rural populations in poor countries.

Robert Bailey of Oxfam International said: “It is the World’s poor that are being hit hardest by climate change, whilst rich economies such as the EU are most to blame for it. Europe is now set to compound this injustice further with a policy that comes at the expense of poor people’s land rights, human rights and food security. This is in no way sustainable.”

Nusa Urbancic of Transport and Environment (T&E) said: “The French Presidency and the European Commission are sticking their heads in the sand. They have, so far, ignored the findings of numerous independent scientific bodies who say land use change is absolutely central to truly understanding the environmental impacts of biofuels. Weak rules will now massively increase investment in biofuels – good and bad – and risk creating a climate time bomb at a moment when the world needs policies guaranteed to cut emissions.”

Ariel Brunner of BirdLife International said: “This directive will not lead to a sustainable biofuels industry. Indeed, precious wildlife and fragile ecosystems will continue to be destroyed to make way for biofuels, without even guaranteeing benefits to the climate.”