EU “Coexistence” conference: Freedom of choice for whom? 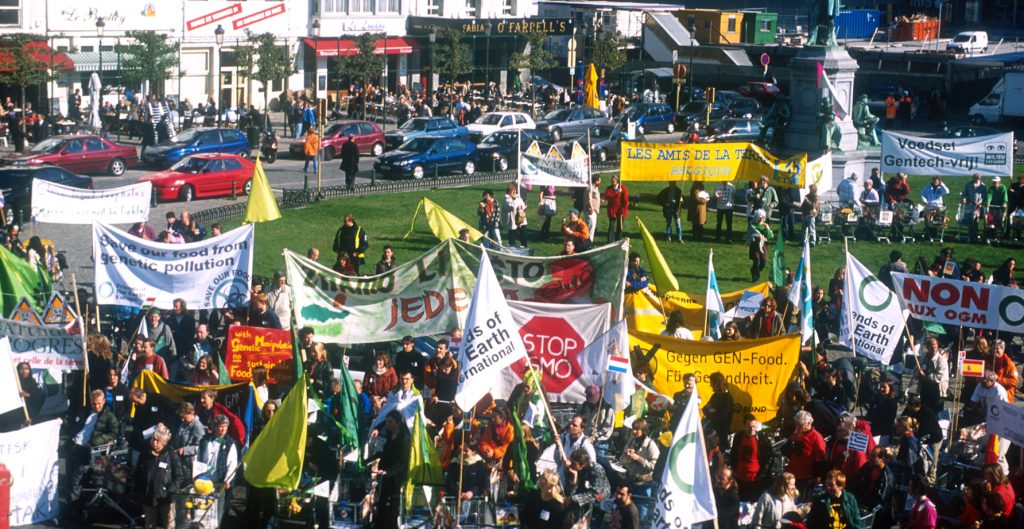 Brussels, April 3rd 2006 – Genetically modified (GM) crops can only be grown in Europe if contamination of organic and conventional foods are permitted, claims Friends of the Earth today in a new publication. The environmental group is scathing of the European Commission who are organizing a conference on the “co-existence” of GM and non GM farming in Vienna as part of the Austrian presidency of the EU. They claim the Commission is only listening to industry whilst ignoring European law and the majority of the public.

The Commission’s policy on the “coexistence” of genetically modified (GM), conventional and organic crops [1], due to be presented this week at a conference entitled “Freedom of Choice”, refuses to accept that organic and conventional farming have the right to remain GMO free, and paves the way for GM crops to be grown over a larger area.

Friends of the Earth’s new publication [2] – Contaminate or legislate? – claims that the Commission is pushing for “coexistence” rules to allow up to 0.9% GM contamination of conventional and organic crops, because anything containing up to 0.9% accidental GM contamination does not have to be labelled [3]. But this denies consumers and farmers a genuine choice, and if accepted will lead to genetic contamination creeping inevitable upwards.

“Freedom of choice for whom?” asked Helen Holder, GMO campaigner at Friends of the Earth Europe, “The Commission is listening to the biotech industry and not its Member States and citizens”

Opposition to GMOs continues to grow in the EU. There are 12 national bans against GMOs [4] and Member States recently strongly criticised the EU GMO authorization procedure [5] for its lack of transparency and democracy. No qualified majority has been reached by European Ministers in favour of authorizing GMOs since the ending of the EU moratorium. Furthermore, 172 regions have declared their wish to be GMOfree.

However, the European Commission’s policy on coexistence puts industry interests before all else and threatens the very existence of ecological farming and quality food. It refuses to include environmental and health aspects in “coexistence” and also blatantly ignores legal advice from a senior international lawyer who has found its policy on acceptable contamination levels “wrong in law” [6].

According to Helen Holder, GMO campaigner at Friends of the Earth Europe:
“The European Commission seems determined to allow genetically modified crops regardless of whether they contaminate our foods and countryside. They have a chance this week to listen to the concerns from across Europe. It is not too late for them to make a U-turn and put the welfare of the public before the interests of the biotech industry.”

[1] Communication COM(2006)104 final “Report on the implementation of national measures on the coexistence of genetically modified crops with conventional and organic farming” [2] “Contaminate or legislate? European Commission policy on “coexistence”, Friends of the Earth Europe, April 2006 – See above. [3] Genetically Modified Food and Feed Regulation 1829/2003 [4] for list of national bans see page 5 of ‘Contaminate or legislate?’ report above. [5] EU Environment Council public debate on GMOs, March 9th 2006 [6] Main points in the Commission Report on Coexistence 2006: