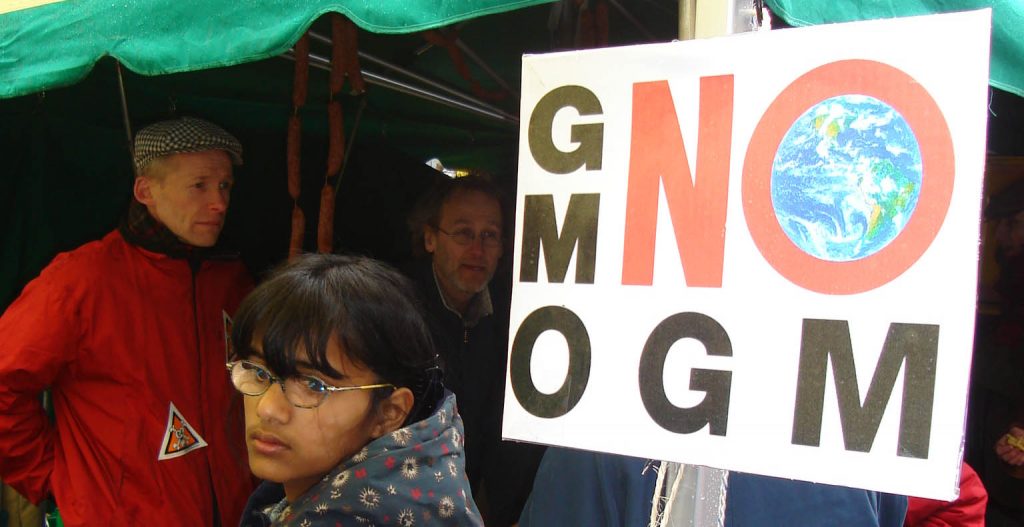 Brussels, 18 April 2006 – New documents released to Friends of the Earth reveal that the European Commission has been approving genetically modified (GM) foods and crops despite having serious doubts over their health and environmental impacts. Both Friends of the Earth and Greenpeace have today called for a suspension in the use and sale of all GM foods and crops until the safety issues have been addressed.

The documents reveal the scientific arguments put forward behind closed doors in the recent GM trade dispute (1). In them, the Commission argues that there are “large areas of uncertainty” and that “some issues have not yet been studied at all”. They also reveal that:

* On human safety: “there simply is no way of ascertaining whether the introduction of GM products has had any other effect on human health…there is no unique, absolute, scientific cut off threshold available to decide whether a GM product is safe or not.”

* On growing GM crops: “It is a reasonable and lawful position” that insect-resistant crops (the only GM crops being grown in the EU) should not be planted until all the effects on the soil are known.

* There are huge disagreements between the Commission and the European Food Safety Authority (EFSA), an EU agency. In one example, the Commission criticises the EFSA for not requiring further investigations after dismissing scientific evidence that showed that a certain GMO had negative effects on earthworms.

A comprehensive report on the new revelations has been written by Friends of the Earth and Greenpeace (2).

At the same time as the Commission was writing and submitting these documents to the WTO highlighting safety concerns, it:

* pushed through the approval of seven GM foods over the past 2 years, despite a lack of support from member states;

* required member states to vote twice on proposals to lift national bans on GM products in five countries (November 2004 and June 2005). It was defeated in both votes (3). Ironically, in the submissions to the WTO, the Commission gave scientific arguments to justify the bans.

* Commercialised 31 varieties of Monsanto’s GM maize for cultivation in the EU. (4)

“The sale and growing of all genetically modified food and crops in the European Union must be halted immediately, given the serious concerns over their safety that have now come to light,” Adrian Bebb, GM Campaigner for Friends of the Earth Europe, said.

“This is a political scandal. When the EU Commission broke the moratorium and forced new genetically modified foods into Europe, it told the public they were safe. Now we know that behind closed doors the Commission was arguing the complete opposite,” Bebb added.

“These double standards of the EU Commission clearly show that public health and environmental protection are being compromised by an institution intent on promoting trade and business interests at any costs,” he said.
�
Christoph Then, Genetic Engineering Campaigner for Greenpeace, said:
“The truth is now out in the open for all to see. The released EU papers outline detailed scientific concerns about the safety of genetically modified food and crops.”

“These revelations are astonishing; they show contempt for humans and the environment, and prove that Europe’s safety net is not working. The European Food Safety Authority, on which the Commission depends for advice, comes out particularly badly and needs to be urgently and radically reformed.”

Notes to the Editor

1. The Commission’s scientific arguments at the World Trade Organisations are outlined in two documents:
Comments by the European Communities on the Scientific and Technical Advice to the Panel, Geneva, 28 January 2005; and Further scientific or technical evidence in response to the other parties’ comments by the European Communities, Geneva, 10 February 2005.
Both can be downloaded from http://www.foeeurope.org/biteback/EC_case.htm

2. The Friends of the Earth and Greenpeace report can be downloaded at
http://www.foeeurope.org/biteback/download/hidden_uncertainties.pdf

4. The Commission put 17 varieties of Monsanto’s MON810 maize on the EC Common Catalogue of seeds in September 2004. A further 14 varieties were added in December 2005.