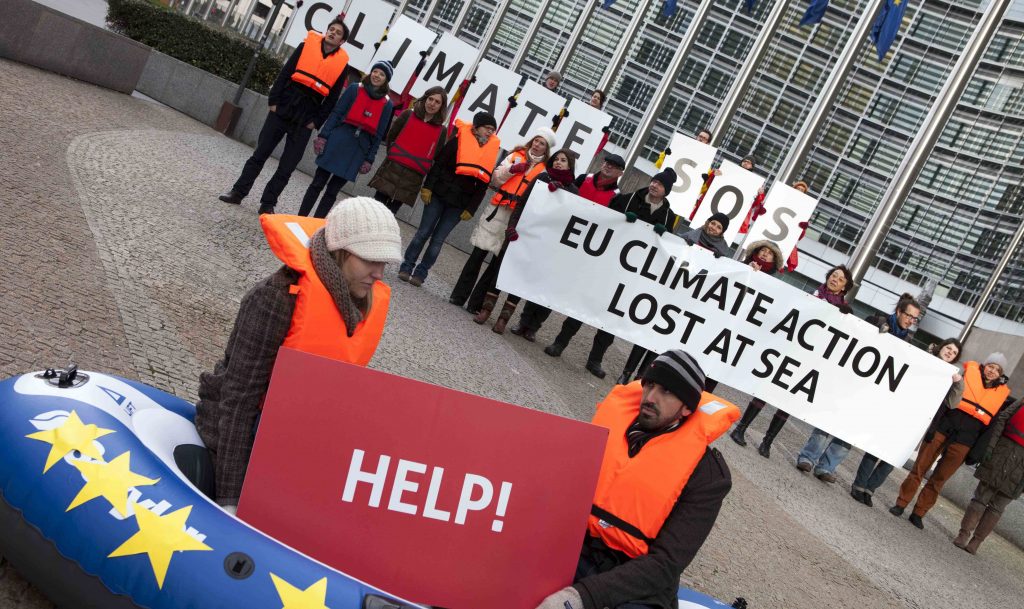 EU plans to tackle climate change by the year 2030, announced in Brussels today, have been heavily criticized by environment group Friends of the Earth Europe.

The policies proposed by the European Commission disregard climate science which makes it clear the need to drastically cut emissions to avoid catastrophic levels of global warming is getting more urgent all the time.

In the plans the EU would commit to reduce greenhouse gas emissions by 40% by 2030 (compared to 1990 levels) and would not set binding targets for increasing renewable energies or for reducing energy use.

Friends of the Earth Europe believes three binding targets is the only way to ensure Europe effectively fulfills its responsibilities for tackling climate change. Emissions must be reduced by at least 60% by 2030 to be in line with science, and there must be binding targets to reduce energy use by 50% and increase the share of renewables to 45%. Only action on this scale will encourage the needed investment in clean energy resources to avoid the worst consequences of climate change and bring maximum benefits to the EU and its citizens.

Brook Riley, climate and energy campaigner for Friends of the Earth Europe said: “Climate change is happening but the EU is breaking its commitments to address it. With this proposal senior decision-makers are proposing action which goes against people’s best interests. This totally inadequate proposal is off the radar of what climate science tells us to do in Europe to avoid climate catastrophe.”

EU Commission President José Manuel Barroso has previously declared that the EU has “set in stone a commitment to cap the temperature increase at 2°C”. [1] But data from the Intergovernmental Panel on Climate Change, the International Energy Agency and the European Commission show a 40% emissions reduction target for 2030 in fact means a 50/50 chance of exceeding the 2°C threshold [2]. By proposing a 40% target the European Commission is backing out of its commitment to limit global warming to safe levels.

The decision to go for a 40% emissions reduction target ignores key findings from the European Commission’s own research which show higher targets will bring savings on health costs, reduce dependency on energy imports and not significantly affect GDP. [3]

Brook Riley continued: “Barroso and his commissioners seem to have fallen for the old-think industry spin that there must be a trade-off between climate action and economic recovery. This position completely ignores the huge financial cost of dealing with the impacts of climate change and the €500 billion the EU is spending every year on oil and gas imports.”

The European Commission also announced today its intention not to set new targets for the reduction of the greenhouse gas intensity of transport fuels. [4]

“The proposal not to set new targets to reduce emissions from transport fuel after 2020 is yet another cave-in to the fossil fuel lobby and undermines attempts to keep the most climate damaging fuels off Europe’s roads”, said Colin Roche, extractive industries campaigner for Friends of the Earth Europe.

And in another energy and climate-related announcement the European Commission published a weak framework on how to regulate shale gas which fails to protect Europe’s citizens and the climate against the risks of fracking. [5] 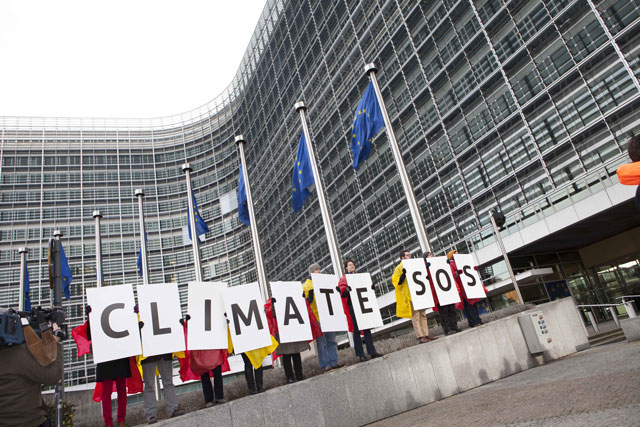 2. According to the United Nations’ Intergovernmental Panel on Climate Change (http://www.ipcc.ch/publications_and_data/ar4/wg3/en/ch13-ens13-3-3-3.html), these cuts are in line with greenhouse gas concentrations in the atmosphere of 450 parts per million.

3. A special EU Climate Change Expert group (in ‘The 2°C target Information Reference Document’, 2008) and the International Energy Agency (http://www.iea.org/newsroomandevents/news/2012/may/name,27216,en.html) both say that 450 parts per million would only give a 50/50 chance of keeping global temperature rises below 2°C.

[3] The impact assessment of the 2030 white paper (which will be available online with the white paper) shows: [4] http://ec.europa.eu/energy/2030_en.htm [5] Europe opens doors to dangerous fracking, January 22