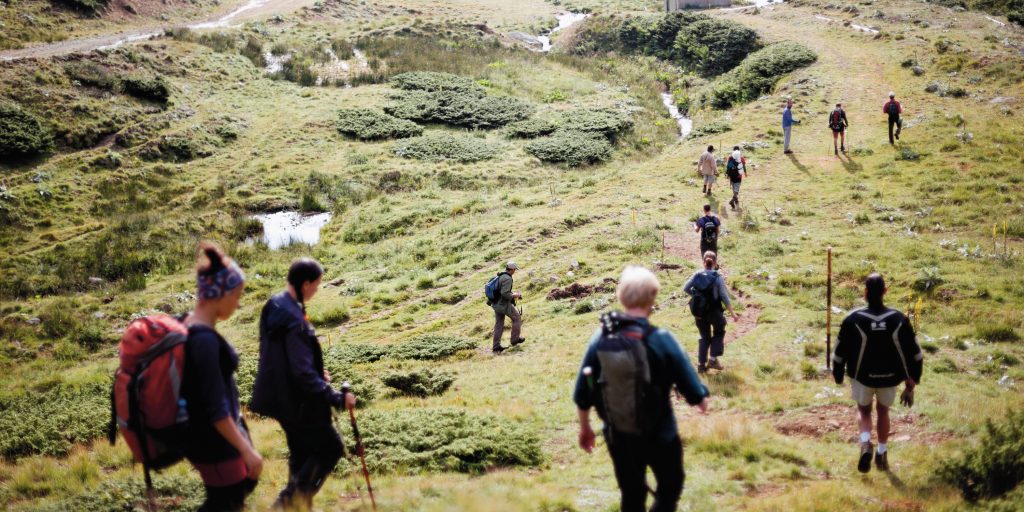 Today over 100 environmental NGOs across Europe will launch a joint online action to save European nature from Commission President Juncker’s deregulation agenda.

An internet action called Nature Alert will allow citizens across the 28 EU countries to participate in the European Commission public consultation and, by doing so, save the laws that protect nature in Europe. The International NGOs BirdLife, the European Environmental Bureau, Friends of the Earth Europe and WWF will organise and promote the e-action.

The e-action marks the beginning of a pan-European, multi-annual campaign to stop any threats to current nature protection efforts and to obtain better implementation and enforcement of Europe’s nature laws. More than 100 environmental organisations have joined forces to mobilise members, supporters and the general public to tell the Commission that they want Europe’s nature laws to be maintained, better implemented and enforced.

Europe’s nature laws (the Birds and Habitats Directives) are recognised as some of the strongest in the world to protect animals, plant and habitats from extinction. Thanks to these laws, Europe now has the world’s biggest network of protected areas, Natura 2000, covering about one fifth of Europe’s land and 4% of its marine sites.

The European Commission has decided to carry out an in-depth evaluation of both laws to determine whether they are effective in protecting our natural world. This process is happening in a context that is clearly hostile to nature conservation, as illustrated by President’s Juncker rhetoric on ‘business-friendly’ laws and cutting ‘green tape’.

The NGO internet action allows citizens to take part in the public consultation until 24 July 2015 and is the only opportunity for the public to express their views during this technical evaluation.

Magda Stoczkiewicz, director of Friends of the Earth Europe said “We all have a right to nature – and chipping away at vital laws that help protect it would be a disaster for European citizens and the nature we love. We are mobilising people across the EU and will make our voices loud and clear – our nature is not up for grabs and we expect our politicians to protect it for all of us and for future generations.”

According to Angelo Caserta, director of BirdLife Europe: “We have tons of scientific evidence showing that these laws work, when implemented. And numerous examples that these laws are no obstacles to any good economic development. So, my question to President Juncker and VP Timmermans is simple: with all there is to do in Europe, why undo nature laws?”

Tony Long, director of WWF European Policy Office said: “WWF has been fighting for over 30 years to make sure Europe has comprehensive laws for the protection of nature which set a world standard. We are not prepared to stand by and let this legacy be wasted. No one will benefit from turning back the clock on Europe’s nature laws, not the natural world itself nor we as humans who depend on it for our livelihoods. Now begins a popular appeal to keep nature alive.”

According to Jeremy Wates, secretary general of the European Environmental Bureau: “The European Commission’s current fixation with deregulation and cutting so-called ‘red tape’ is blinding it to the effective solutions for endangered habitats and species. Instead of threatening to unpick these laws, the European Commission and member states should put more effort into implementing them, and make sure they deliver the enormous benefits they can bring to nature as well as to us and our economy”.

More information on the legal process of the Birds and Habitats Directives:

– Fitness Check – The European Commission is currently carrying out an in-depth evaluation of Nature laws, a so called Fitness Check as part of its broader REFIT agenda, assessing whether these laws are “fit for purpose”. This means assessing if, as they are, they contribute in an efficient and coherent manner to the objective of protecting the species and habitats of European importance.

– Review Process: If at the end of this evaluation (by June 2016) the European Commission decides that the Directives are “not fit for purpose”, it may start a review process, assessing possible options for changing these laws, including (environmental, economic, administrative, social) impacts of such changes. They could opt for business-as-usual and keep them as they are, or decide to merge them into one single piece of legislation, to change only the Annexes (list of species/habitats), or to keep them as they are but proposing some non-legally binding instruments.

– Revision process: If at the end of this the European Commission decides that the laws need to be changed, it would propose a revision of these laws. This new proposal for revised Directives would then be discussed and negotiated by the Council of EU Ministers (Member States) and the European Parliament. It can take a few years before the laws are agreed between and adopted by the Council and the Parliament.