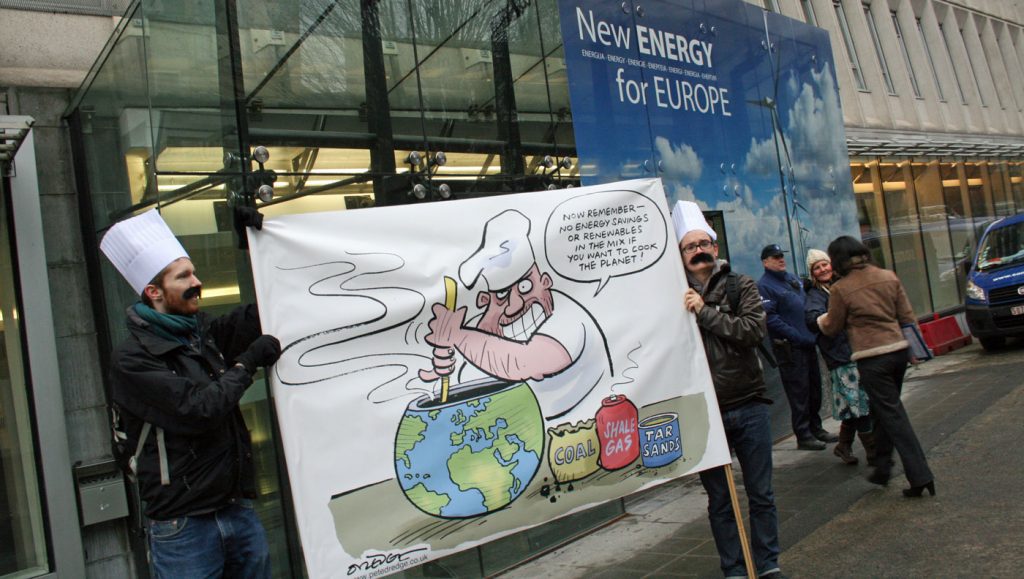 European leaders met today in Brussels to discuss energy policy. Their official conclusions show that concerns about high costs are delaying the transition to a clean and sustainable energy system.

This is faulty thinking, according to environment group Friends of the Earth Europe, which believes much more urgent changes to Europe’s energy system are needed to prevent dangerous climate change.

Analysis from the European Commission shows that, due to the need to replace the EU’s aged energy infrastructure, energy prices will rise regardless of the type of energy production. But with the right choices – using less energy and switching to renewables – total energy costs will decrease. According to research group Ecofys, ambitious energy savings would deliver net cost savings of about €250 billion per year by 2030 [1], directly benefiting consumers and businesses.

Brook Riley, climate and energy campaigner at Friends of the Earth Europe, said: “European leaders are plainly correct to put economic and energy policy on the same page. But they need to get with the times. Just as the current economic model landed us in today’s financial mess, so the traditional reliance on fossil fuels is the root of the climate crisis.

“Politicians need to end energy-as-usual and our reliance on dirty fossil fuels. They need to embrace real green policies, including binding targets to cut emissions, save energy and develop renewable energies.”

Two new factsheets, launched today by Friends of the Earth Europe, show that shale gas is not the economic miracle heralded by its proponents. Using figures from key industry sources and economic experts, these documents show that shale gas could at best only represent 2-3% of the European gas demand in 2030 and could be up to three times more expensive to develop compared to the US.

The American myth of ‘cheap and abundant’ energy from shale gas is based on artificially low prices driven by speculation and industry overestimates. Trying to repeat this experience in Europe would only lead to even higher gas prices and would lock public subsidies into fossil fuel use at the expense of renewable energy and energy efficiency policies.

Antoine Simon, shale gas campaigner at Friends of the Earth Europe, said: “Going down the route of more unconventional fuels like shale gas, as recommended by EU heads of states, will just delay the transition we really need to a low carbon economy. Shale gas is anything but safe and sustainable, it is not an answer to climate change, and nor would it make economic sense for Europe”