EFSA back in bed with GMO industry 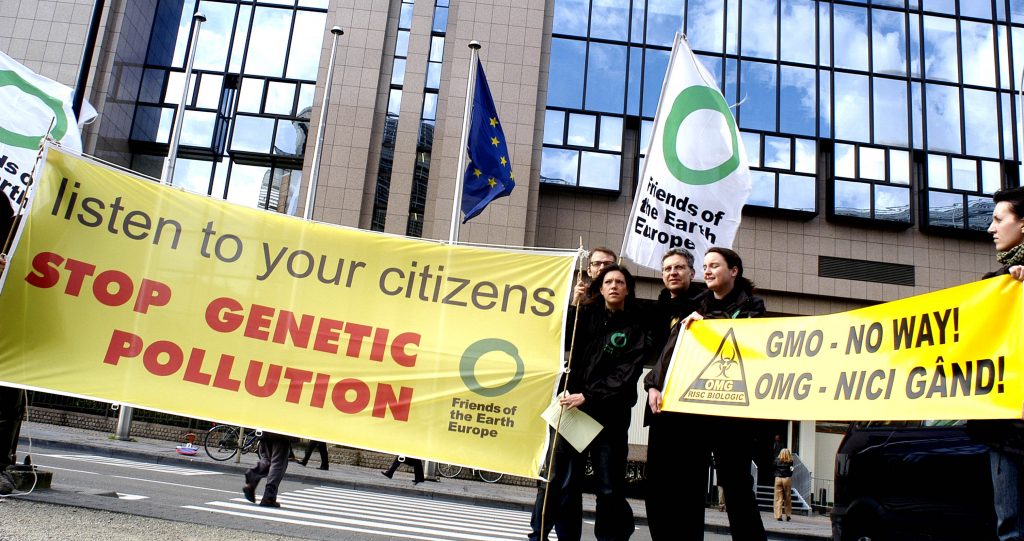 Brussels, 30 June – The supposedly independent European Food Safety Authority (EFSA) has shared a key scientific paper, which gives its opinion on the future of a controversial GM crop in Europe, with producer corporation Monsanto before making it accessible to the public, Friends of the Earth Europe has learned today.

The European Food Safety Authority today refused to issue the Opinion to Friends of the Earth Europe saying it would be published in the next few days [1], but Monsanto had already issued a statement ‘welcoming’ the positive EFSA opinion on its genetically modified maize (GM) yesterday afternoon [2].

The scientific opinion concerns Monsanto’s controversial genetically modified maize (MON810) which is undergoing a re-approval request as required under EU law [3]. The authority is believed to have stated that the GM crop is safe to be grown – the same recommendation it has made for all previous GMO approvals since it was established.

“EFSA just has no credibility left. This genetically modified maize is the most controversial authorisation issue in Europe at the moment, and to give privileged access to Monsanto over the public, environmental, consumer and health organisations shows just how pro-GMO and pro-industry the Authority is,” Helen Holder, European GMO campaign
coordinator at Friends of the Earth Europe said.

“Its time to sack the EFSA scientists, disband its GMO panel and move GMO risk assessment to a truly independent and effective body.

“Six EU countries have already banned Monsanto’s GM maize, and Environment Ministers recently stated that GMO laws on risk assessment are not being followed properly. The green light should not be given for this crop to continue to be grown in Europe.”

At the end of last year, EU Environment Ministers unanimously concluded that GMO laws are not being implemented properly, in particular long term impact assessments for which the EFSA is responsible [4].

– The environmental and health impacts of this type of GM crops are uncertain, in particular on insects that it is not designed to harm

– MON810 is currently banned for health and environmental reasons in six EU Member States as allowed under EU law. The countries that have banned MON 810 are France, Germany, Greece, Luxembourg, Austria and Hungary

– This maize is grown in a tiny area in the EU representing 0.06% of agricultural land.

– The area under GM maize cultivation in the EU fell by 2% in 2009 compared to 2008 and will further fall this year after the recent ban of MON810 in Germany.

[1] FoEE telephone conversation with stakeholder contact person at EFSA. Latest information is that EFSA may have been embarrassed into publishing the opinion today, June 30th [2] http://monsanto.mediaroom.com/index.php?s=43&item=724 [3] Under EU law, every genetically modified crop approved in the EU has to undergo a reapproval procedure every 10 years. It is for this reason that EFSA has issued an Opinion on Monsanto’s MON810 maize. The Monsanto press release on the unpublished EFSA opinion states that the Authority has stated that MON810 is safe for the environment and for health. This would not be surprising as EFSA has given the thumbs up to all GMOs since the authority was established [4] December 4th 2008 EU Environment Council Conclusions on GMO authorisations in the EU