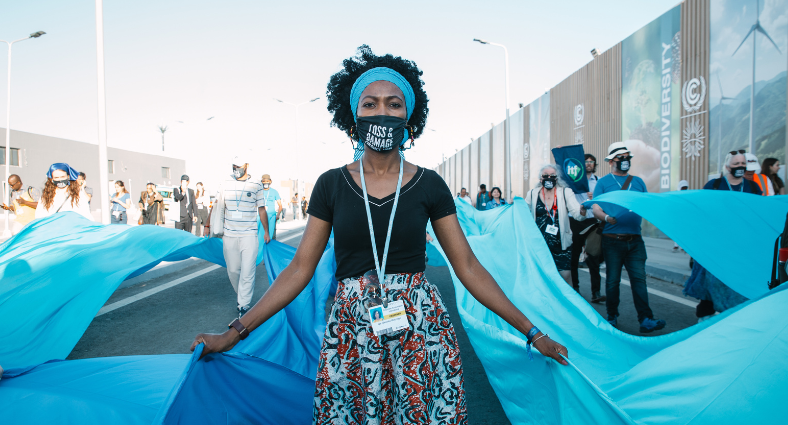 As a historic breakthrough in deadlocked COP27 talks, a Loss and Damage fund to compensate developing countries for the irreversible impacts of climate change has been established – despite consistent efforts by the US and other developed countries to derail it. This fund was one of the key demands of developing countries, and it is a welcome first step that had seemed elusive. However, there is still plenty of scope for developed countries to wriggle out of their responsibilities, and other COP27 outcomes were extremely weak.

“It’s welcome that the European Union finally backed a Loss and Damage Fund, but the EU’s commitment will be judged by its willingness to provide real finance and emissions cuts in line with it’s responsibility for causing climate destruction. Nothing less will be climate justice.’

“It is a relief that the Loss and Damage fund has finally been established, after decades of struggle. But, right now, it is an empty fund, and we have a huge challenge ahead to ensure that developed countries contribute to it, in line with justice and equity. We must not see a repeat of the abysmal performance of rich countries failing to provide the already inadequate $100 billion a year promised over a decade ago.”

While the COP27 outcome includes a welcome nod to the need for a ‘clean and just transition to renewable energy’, there is nothing agreed in Sharm el-Sheikh that would actually deliver this, with finance for emissions cuts stalled and weak outcomes on mitigation. Disturbingly, there was no advance on the language agreed last year on phasing down coal, which will delight the fossil fuel industry.

“The fact that the outcome only talks about ‘phasedown of unabated coal power’ is a disaster for Africa and for the climate. Oil and gas must be also be phased out, swiftly and fairly. One small word, ‘unabated’, creates a huge loophole, opening the door to new fossil-based hydrogen and carbon capture and storage projects, which will allow emissions to continue. We don’t need more gas extraction in Africa, devastating our communities for the benefit of rich countries and corporations. What we needed from COP27 was agreement to a rapid, equitable phase out of all fossil fuels.”

Last year, COP26 reached agreement on global carbon markets after years of wrangling, despite strong opposition from environmental and social justice groups. At COP27, there were alarming and rushed attempts to insert geoengineering and nature-based offsets into carbon market arrangements. This has now been delayed by two years. The final decision has stripped out references to human rights, Indigenous Peoples’ rights and labour rights.

Hemantha Withanage, chair of Friends of the Earth International, said from Sri Lanka:

“The decision on carbon markets is deeply worrying. Whilst COP27 has temporarily delayed moves to put geoengineering, dangerous and untested technologies, and so-called nature-based solutions into carbon offset markets, we know these threats will rear their heads again. Carbon markets give cover for continued emissions by polluters, grabbing of land, forests and water from vulnerable communities, and violations of peoples’ rights.”

COP27 took place in a context of state repression of Egyptian activists and journalists. On this, Sara Shaw concluded:

“While the talks are over and we leave Egypt, we do not forget the prisoners of conscience who remain. Civil society will continue to put pressure on our governments and show solidarity, as there is no climate justice without human rights.”