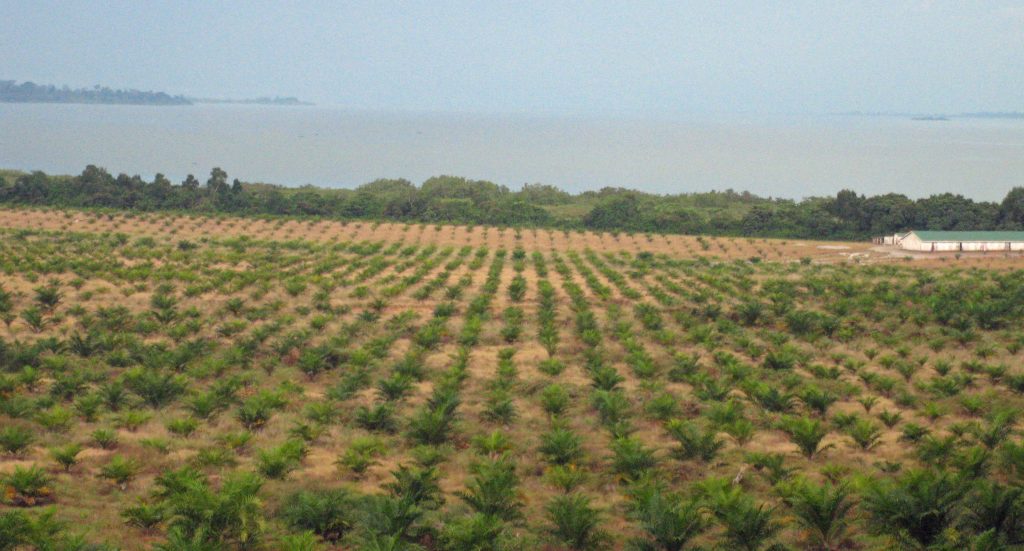 Cape Town/Brussels – Biofuels have driven nearly 300 large-scale land grabs worldwide, a new report by GRAIN reveals today [1], on the eve of a meeting of EU energy ministers to debate the future of biofuels in Europe. [2]

EU targets have put Europe at the forefront of increasing global demand for environmentally and socially damaging biofuels – demand which has prompted some 17 million hectares, equal to almost the entire agricultural area of Germany, to be grabbed from local populations over the past decade, says GRAIN.

Energy Ministers from 27 EU states are meeting in Brussels tomorrow to debate for the first time proposed changes to biofuels laws. [3] The proposals on the table seek to limit the quantity of food crops which will be used for fuel. But they still mandate significant quantities of biofuels that compete with food production, and must be revised to stop EU biofuels policy contributing to further land grabs and carbon emissions. [4]

Biofuels production has pushed farming and forest communities off their land from Colombia to Sierra Leone to Indonesia, threatening livelihoods and food security, GRAIN claims. Meanwhile, biofuels are failing to achieve promised reductions in greenhouse gas emissions, with some found to have a worse carbon footprint than conventional fossil fuel. [5]

Devlin Kuyek, a researcher with GRAIN, said: “Europe’s consumption of biofuels translates directly into the loss of lands, water and food for rural communities in the South. Each hectare of land that gets converted to biofuel production to fill European cars has a cost, and these communities are the ones paying for it.”

European companies have already staked out claims to well over five million hectares of land in Africa, Asia and Latin America for biofuels, with often devastating impacts on local communities. GRAIN predicts that land grabs for biofuels will more than double by 2020, if current EU mandates are not challenged.

Robbie Blake, biofuels campaigner for Friends of the Earth Europe said: “Europe’s biofuels are not only greedy for land, but also make climate change worse and force food prices up. European governments must step in to stop crops being used to fuel cars. We need a truly green transport system that serves people and the planet, not biofuels that damage communities and wreck the environment.”

Demand for food is expected to rise sharply in coming decades, while agricultural land around the world is increasingly degraded. Diverting precious farmland to the production of fuel for cars is plainly irresponsible. All the more so since these lands are often home to the very rural communities whose food systems provide the world with the models needed to reverse the environmental crisis that fossil fuels have provoked.

These communities and the food systems they sustain are not renewable.

[1] Notes to editors: a full copy of the report, “Against the Grain: Land grabbing for biofuels must stop” is available online from:
http://www.grain.org/article/entries/4653-land-grabbing-for-biofuels-must-stop [2] http://www.consilium.europa.eu/ueDocs/cms_Data/docs/pressData/en/trans/135588.pdf [3] http://ec.europa.eu/clima/policies/transport/fuel/docs/com_2012_595_en.pdf [4] The European Commission proposals aim to set a 5% ‘cap’ on the quantities biofuels can count to renewable energy targets.

Friends of the Earth Europe is calling upon Energy Ministers and Members of the European Parliament to strengthen the proposals in the following ways:

(i) Make the proposed 5% ‘cap’ on ‘biofuels from food’ a genuine and robust limit on the consumption of all “land-based biofuels”; and establish a trajectory to reduce the cap to 0% as soon as possible. The limit must also apply to the quantities of biofuels that are used to comply with the Fuel Quality Directive, and to subsidies that support land-based biofuels.

(ii) Introduce factors for indirect land use change (ILUC) into all emissions accounting for biofuels. The legislation should not just ‘report’ but fully account for indirect carbon emissions in the lifecycle analysis of biofuel, in both the Fuel Quality and Renewable Energy directives. This can ensure that biofuels that cause more GHG emissions than fossil fuels (e.g. palm oil, soy) are not sold on the European market.

(iii) For ‘advanced’ biofuels that are incentivised in the proposal, develop clear definitions of sustainable ‘waste streams’, ‘by-products’, and ‘residues’, together with strong environmental safeguards to prevent displacement and ensure that there are no further negative social or environmental impacts e.g. from over-extraction of agriculture residues or forest biomass.

[5] Reports for the European Commission have found that biofuels from palm oil, soy, and rapeseed have a worse carbon footprint than normal diesel. http://trade.ec.europa.eu/doclib/docs/2011/october/tradoc_148289.pdf