Why is the EU absent in UN negotiations on binding human rights rules for business? 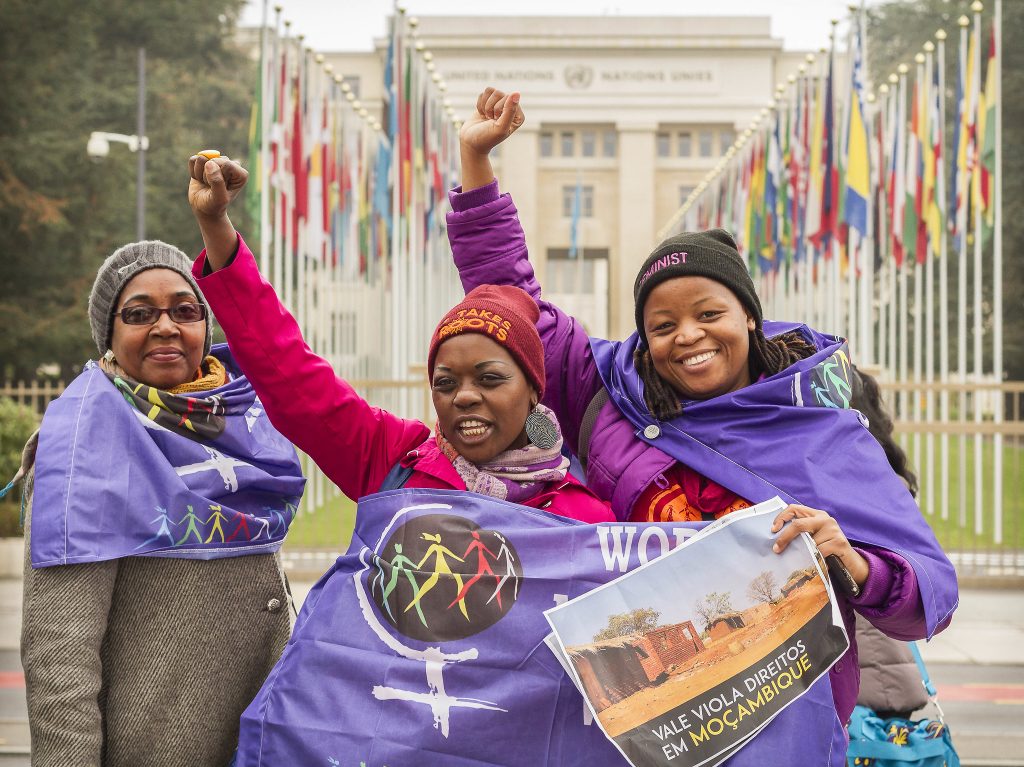 The significance of the EU’s absence during UN treaty negotiations

Since 2014, negotiations have been ongoing at the UN for a binding treaty to regulate transnational corporations and other companies with respect to human rights. Such a treaty is needed to ensure we have a common and comprehensive set of binding rules that protect human rights and the environment from corporate abuse, and deliver justice for people globally.

But the EU’s delegation has stayed aloof. So far, the European Commission has not even requested a negotiating mandate from the member states to be able to represent the EU in these talks. There’s also no indication that it’s planning to analyse the most recent draft of the treaty.

A ship without a captain

If the EU were a ship, it would be sailing without a captain, and the passengers – national governments and European citizens – would have grounds for concern about this journey without direction or purpose. This lack of coordination from the EU has been consistent over the past 7 years. It is about time that the EU starts showing leadership in Business and Human Rights, not just at home but also in international arenas. You would expect the EU delegation to seize the moment and take an active and progressive role in Geneva, given that the EU plans to announce a draft law by the end of 2021, requiring companies to address risks of human rights violations and environmental harm in their global value chains. France and Germany have already adopted laws that address some issues in the treaty draft. Yet the EU has chosen to be absent again.

Legal developments on corporate regulation of entire supply chains are lagging, creating a patchwork of instruments and legal uncertainty for actors throughout the chain. This has led to loopholes enabling companies, especially those operating transnationally, to evade responsibility. As a result, human rights violations remain rampant and affected workers and frontline communities continue to face injustice without remedy.

EU’s forthcoming directive on sustainable corporate governance will likely ensure a level playing field and a common regulatory framework for companies based or operating in the EU.

However, supply chains are complex global structures operating across different levels of jurisdictions. National, EU and international laws must reinforce and complement each other to protect human rights and the environment, and close the governance gaps so companies are not subject to competing or contradictory standards. To avoid a ‘race to the bottom’ on standards, progress at all levels is necessary.

The EU is missing out on a crucial opportunity to harmonize corporate accountability rules globally. Coherence is apparently not part of the EU’s strategy.

Looking to the future

Some key areas still need work: articles on prevention, legal liability, remedy and aspects of private international law that are essential in improving situations for affected people in lower income countries need to be clarified and strengthened. But what the text and process need most is political commitment from States, and the EU is nowhere to be seen.

Until now, the EU has refrained from actively participating in the negotiations and most recently argued that the Sustainable Corporate Governance proposal, which mainly deals with corporate human rights and environmental due diligence obligations, should be advanced further before discussing international rules. Yet, there are many treaty provisions where the EU already has legislation that could justify engagement on the content. And with its own proposal slated to published by the end of 2021, excuses are wearing thin.

To ensure coherence and complementarity between the future treaty and EU legislation, the EU must engage now in the UN negotiations. The European Parliament’s resolution of March 2021 set a strong direction for the EU’s own legislation. And recent polling in 9 EU countries has shown massive citizen support for tough laws making businesses liable for harms in their supply chains and giving victims access to their domestic courts. But business lobbies are mobilizing: they successfully watered down the German supply chain law, and are pushing to do the same at EU and global level.

This October, with the European legislation under negotiation, it is high time for the EU’s constructive engagement: concrete text proposals, support for the work of the chair, and concerted efforts to broaden the base of State support.

If the EU can agree on a strong regional directive and get a mandate to finally enter the treaty process, it will meet its responsibility to ensure protection of human rights and the environment in the EU and worldwide.