Wasted year for the circular economy 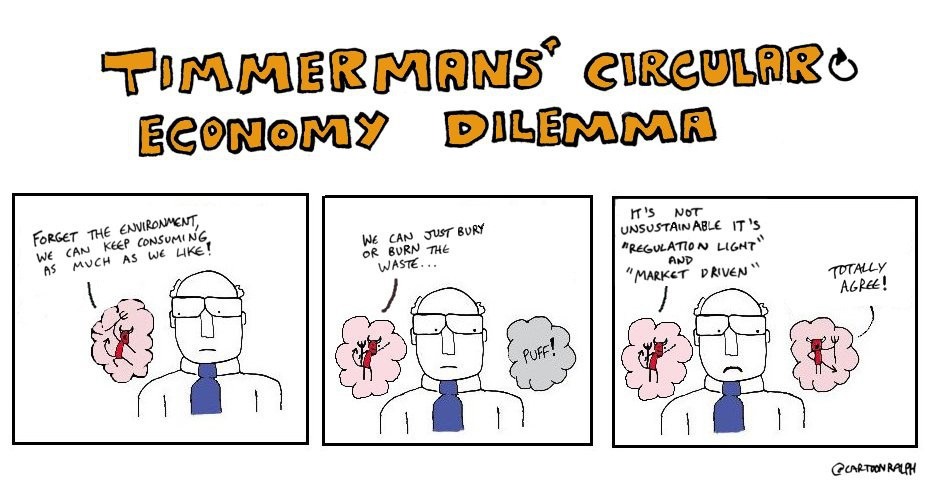 The European Commission today launched its revised proposal to tackle resource use and waste in Europe. The reworked Circular Economy Package is weaker than last year’s axed proposal, according to Friends of the Earth Europe, and lacks the solid foundations required to address Europe’s overconsumption of resources and its global impact.

However, Friends of the Earth Europe notes that today’s proposal is not living up to this promise and fears that it has become a casualty of the European Commission’s so-called “Better Regulation” Agenda.

Magda Stoczkiewicz, Director of Friends of the Earth Europe, said:

“This has been a year of unnecessary delay. Under the guise of Better Regulation, the Commission has totally undermined claims of ‘ambition’ by watering down binding measures and giving Member States a free pass to shy away from tackling our overconsumption crisis. Compared with the previous one, this package is not Better Regulation but short-termist Bad Regulation.”

According to Friends of the Earth Europe, the main elements of concern are:

Meadhbh Bolger, resource use campaigner at Friends of the Earth Europe, said:

“Long-term vision is missing from this package. We know that the EU imports more resources than any other world region and that our excessive consumption levels are leading to widespread social and environmental impacts both within and outside EU borders. If we fail to take account of this and duck out of bringing in binding measures to address the situation, a true circular economy will never be achieved.”

The package will now be discussed between the European Commission, the European Parliament and the European Council before coming to a final agreement in 2016. There is hope that the Parliament will push for a stronger package following its call for a genuinely ambitious proposal in July.

According to the European Commission’s 2014 study, benefits of implementing a circular economy include the creation of 2 million new jobs, savings to European industry of over €600 billion and greenhouse gas emission reductions of between 2% and 4% each year. [6] However, given the drop in ambition, realising the full extent of these benefits now seems unlikely.