Stop trade with settlements – for food sovereignty in Palestine 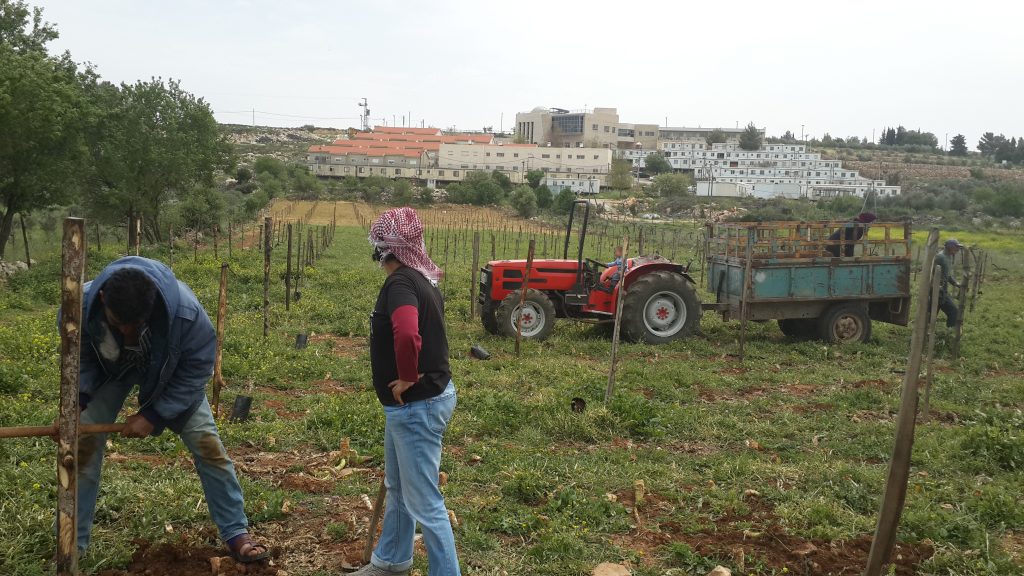 It’s almost half time for an ambitious European Citizens’ Initiative (ECI) demanding a ban on the EU’s trade with illegal settlements. Illegal settlements have been established, for example, by the state of Israel who occupied Palestinian territories and expelled the local population. International humanitarian law has been violated on many levels, so there are manifold reasons to sign the petition. In this blog, let’s focus on the food sovereignty perspective.

The case of occupied Palestine

The Israeli occupation of Palestine territories has been leading to grave human and environmental rights violations. Some of those are pollution, destruction of livelihoods, discriminatory laws, forced evictions and displacements. Another significant crime has been land and water grabbing which affects food production and food sovereignty of people living in those territories.

In our struggle for social and environmental justice, food sovereignty is key to end hunger, instability and colonisation.
The term “food sovereignty” has been coined by peasants to describe

the right of people to autonomously produce healthy, nutritious, climatically, and culturally appropriate food, using local resources and through agroecological means, primarily to address the food needs of their communities.

In other words, food sovereignty means to allow peoples’ self-determination and control over their commons while respecting and working with nature. One of the key values of food sovereignty is solidarity.

For this to happen, people naturally need access to food, land and water. But illegal settlements in the occupied West Bank and Gaza Strip and a blockade imposed by the Israeli occupation prevent Palestinians from accessing water, land, their territories and commons. Furthermore, economic agreements and the so-called free market make Palestinians’ local products noncompetitive at the national, regional, and international levels. Additionally, there’s strong evidence of Israeli targeting of food production infrastructure during invasions like Cast Lead in 2009.

EU institutions often emphasise that settlements on occupied territories are a war crime under international law. At the same time, they allow European companies and financial institutions to trade with Israeli settlements, e.g. by importing food products. Plenty of goods originating from illegal settlements are being offered to European consumers at their local supermarkets. By purchasing these products, European citizens unknowingly participate in the colonisation of occupied Palestinian people and their lands. This is not something any of us would want to contribute to in order to feed ourselves and our families.

The ECI “Stop Trade with Settlements” asks for an EU law that will end trade with illegal settlements once and for all. This law will apply to occupied territories anywhere, among them the Occupied Palestine Territory and Israel’s illegal settlements there. The law will also send a powerful signal around the world that the EU will not reward territorial aggression with trade and profits.

How can we stop the EU’s trade with illegal settlements?

The ECI has been launched by an international coalition of NGOs, trade unions, and activists, of which Friends of the Earth Europe is a member. This is a historic opportunity to ensure the EU acts on its promises instead of continuing to be complicit in environmental and human rights crimes. Since an ECI is an official instrument of the European Union, the Commission and Parliament will have to engage with us after reaching 1 million signatures.

Change is in the air

Last summer we saw a sea change around the world in public sentiment on the Palestinian struggle. Huge, global displays of Palestinian solidarity contributed to the curtailment of the bombardment of Gaza and have shifted the narrative on what we’re willing to tolerate and what we’ve had enough of. Every time we sign a petition or take an action we push that line further and make the world a more just one.