Solidarity with anti-mine struggle in Sweden 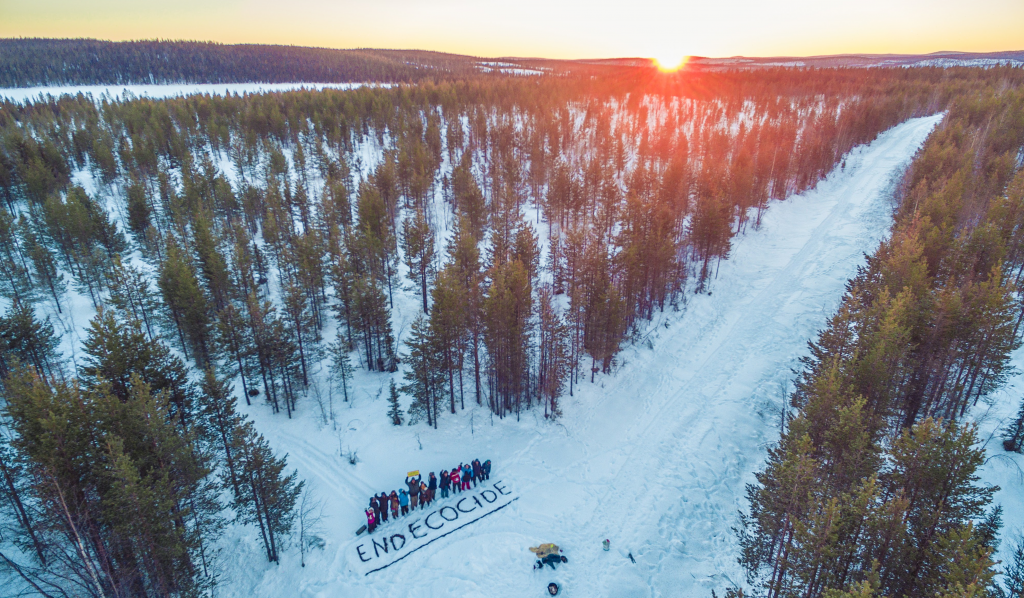 Plans for new iron ore mine in Gállok, Sweden, threaten Indigenous rights and the environment

Friends of the Earth Europe is demanding that the Swedish Government say no to plans for an iron ore mine in Gállok, Sweden. The British company, Beowulf Mining, has applied to open a new open-pit mine in Gállok in Lapland. This would devastate the livelihoods of two Sámi villages, pollute clean water, and threaten Sweden’s environment and climate ambitions.

Our governments need to rethink the direction they are taking and stop the opening of yet another devastating mine. These plans would devastate the livelihoods of two Sámi villages in Gállok, pollute clean water, and threaten Sweden’s environment and climate ambitions. The Swedish Government must instead implement measures that truly transform the economy and society, use less materials, and reuse the materials already in the economy. Iron and steel recycling levels should greatly increase.

UNESCO has stated that the mine could have a “medium to large negative impact” on the Laponia World Heritage Site, a large mountainous wildlife protected area in the Lapland province. An important drinking water source, the Lule River, would also be impacted.

The mine would mean that the right of the Sámi Indigenous community to participate in decisions about their livelihoods and habitats would once again be violated. If the mine went ahead, it would greatly impact the ability for the Sámi to carry out reindeer husbandry, a vital part of their livelihoods and culture. The UN recognises Indigenous Peoples’ right to Free Prior and Informed Consent, including in ILO Convention No. 169, which Sweden has not ratified.

Iron ore is used across the economy, and is of particular importance in steel making. Steel making is energy-intensive and accounts for around 7% of global greenhouse-gas emissions, perpetuating climate change impacts. Sweden has many iron ore mines already.

The Swedish government is putting short-term supposed profit and jobs interests ahead of a long-term sustainable future and protecting Indigenous rights.

Friends of the Earth Europe and Jordens Vänner / Friends of the Earth Sweden call for an amendment to the Swedish Mining Act*, for Sweden to ratify the UN ILO 169 on Indigenous Peoples’ right to Free Prior and Informed Consent, and for a permanent end to the exploitation of Gállok for mining.

* Including that Environmental Impact Assessments are carried out earlier in processes, mineral taxes of at least 10%, and stronger protection for Natura2000 areas.