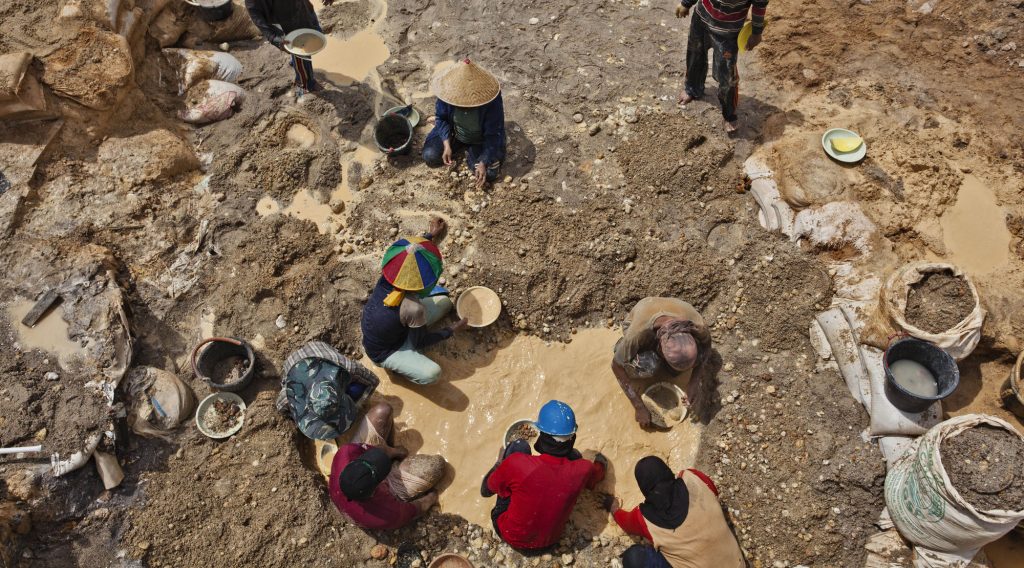 Samsung Electronics has admitted for the first time that it uses tin in its products that’s destroying tropical forests, killing coral and wrecking the lives of communities in Indonesia, Friends of the Earth England, Wales and Northern Ireland reveals today.

The world’s best-selling smartphone brand has committed to urgent action to tackle the problem following pressure from the environment organisation and more than 15,000 individuals. This was prompted by the group’s investigation into the devastation caused by mining for tin – an essential component in all electronic items – on Indonesia’s Bangka island.

Friends of the Earth welcomes the move but warns it will be maintaining pressure on Samsung to ensure action for Bangka. It is also calling on the tech giant to back new laws in Europe to help and require all companies to reveal the full human and environmental impacts of their operations.

Samsung has written to customers explaining how it has traced its supply chain back to the mines and committed to using its influence by working together with suppliers, industry bodies and governments to find solutions to improve the situation on Bangka and neighbouring islands.

Friends of the Earth’s Craig Bennett said: “It’s great Samsung has taken an industry lead by tracking its supply chains all the way to Indonesia’s tin mines and committing to taking responsibility for helping tackle the devastating impact that mining tin for electronics has on people and the environment.

“Millions of us love our smartphones and couldn’t do without them – we want to be able to love the way they’re made too.
“To prevent problems elsewhere and help ensure companies make products in a way that’s within the planet’s safe limits, we’re also calling on Samsung to back new laws in Europe to help and require all companies to reveal the full human and environmental impacts of their operations.

“Rival Apple is already playing catch up on the high street in terms of smartphone sales – it’s time it followed Samsung’s lead by coming clean about its whole supply chains too.”

The European Commission last week (Tuesday 16 April 2013) announced plans for new laws that will mean 18,000 companies have to report on a range of environmental and social factors alongside their financial results.

Friends of the Earth welcomes a requirement for greater company transparency but believes plans must be strengthened to apply to full supply chains and include reporting on greenhouse gas emissions and how much of the world’s water, land and raw materials they use.

Thousands of people have joined Friends of the Earth’s Make It Better campaign, launched in November 2012, asking Samsung and Apple to say if they use tin from Bangka in their products and calling for new rules to make all companies come clean about their supply chains, starting with a Europe-wide law next year. www.foe.co.uk/makeitbetter

Devastation caused by tin mining in Bangka, Indonesia – key findings from Friends of the Earth’s investigation: