New film: Tar sands – to the ends of the earth 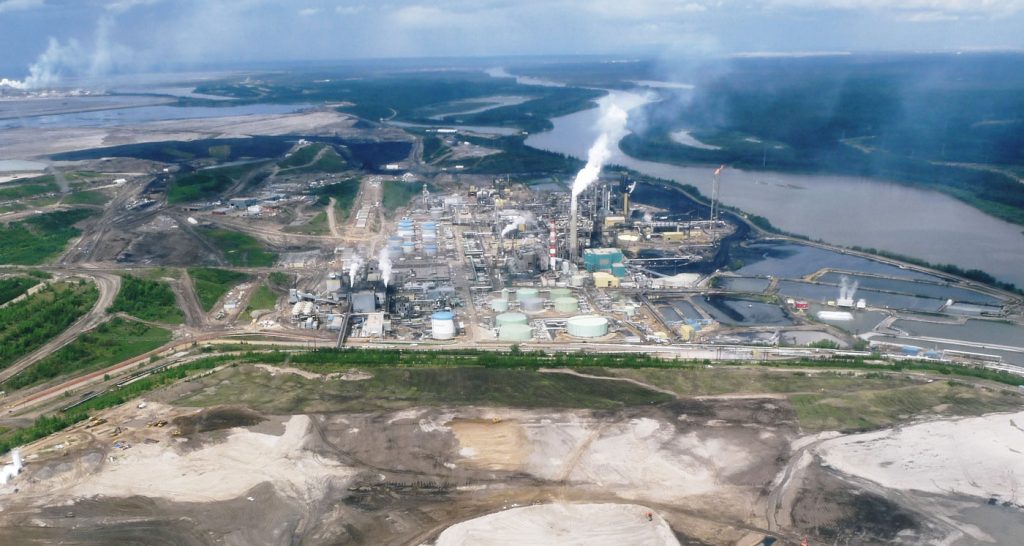 Friends of the Earth Europe’s new film, documenting the efforts of local communities in Madagascar to protect their island home from tar sands development, was premiered in Europe last week at the European Parliament in Strasbourg.

The documentary shows how Madagascar’s rural population and its fragile eco-system will be devastated if oil companies start exploiting tar sands in the country. The film documents campaigners from Friends of the Earth Europe, USA and Madagascar travelling to Canada to witness the devastating impact that tar sands are having in the only country where they are currently commercially exploited. One of the Danish Members of European Parliament (MEP) who attended the screening, Anna Rosbach recalled her memories of visiting the Canadian province of Alberta: “I was frightened when I saw the tar sands.”

Elder Francois Paulette, representative of the Dene First Nation, gave an account of the local consequences of the tar sands extraction, “One of the biggest changes we are noticing is the quality of water in our rivers. We regularly catch deformed fish and are afraid to drink the water from the river.”

In the discussion following the screening, MEPs vowed to keep fighting for a strict implementation of the Fuel Quality Directive, which will regulate transport fuels in an attempt to reduce emissions from the transport sector. There has been a fierce battle about the accurate labelling of the greenhouse gas intensity of tar sands extraction, with the European Climate Commissioner Connie Hedegaard and the European Parliament on the one side, and the Canadian government and oil lobbyists on the other.

The liberal democrat MEP Fiona Hall said the film showed “why action now is so important” and pledged to keep fighting for a higher greenhouse gas value of oil derived from tar sands.

The social democrat MEP Linda McAvan explained the rationale of the parliamentarians: “We as MEPs have been fighting to have the tar sands properly labelled. We label other things as they are, such as food. They should be labelled just as they are.”

Until now, it has mainly been pressure from Canadian lobbyists that have prevented the implementation of the directive. Green MEP Satu Hassi told the audience that the pressure exerted on European law makers by Canadian officials was unprecedented: “I don’t think I have seen any government lobbying as aggressively as the Canadian government. I feel it is quite exceptional the way they are behaving.”

The director, Christopher Walker, and Holly Rakotondralambo, a Malagasy environmentalist who features in the film, said they were happy with the reactions to the documentary and the solidarity that MEPs expressed with the struggling communities.

The social democrat MEP Vittorio Prodi described the film as “a very impressive documentation of how invasive these [tar sands] technologies are.”

Christopher spoke of his experiences of filming in Madagascar and the problems they encountered with the multinational oil company that holds the exploratory licenses: “One of the basic problems was that the company wouldn’t grant access to the sites. We were accused of not having a permission to go onto the land. They also sent people to intimidate members of the local community who spoke to us.”

Reflecting on her visit to the Canadian tar sands region, Holly said “It was very sad to see the tar sands and I’m worried that something like this could happen in Madagascar. Canada is a developed country, so the government has advanced policies and the ability to regulate companies. In Madagascar we don’t have the capacity to regulate the extractive industries.”

Holly explained that the documentary will be used as an educational tool in the affected communities because there is very limited knowledge of the huge impacts tar sands exploitation could have. She will help to translate the film into Malagasy in the next days to make it accessible for the local communities.