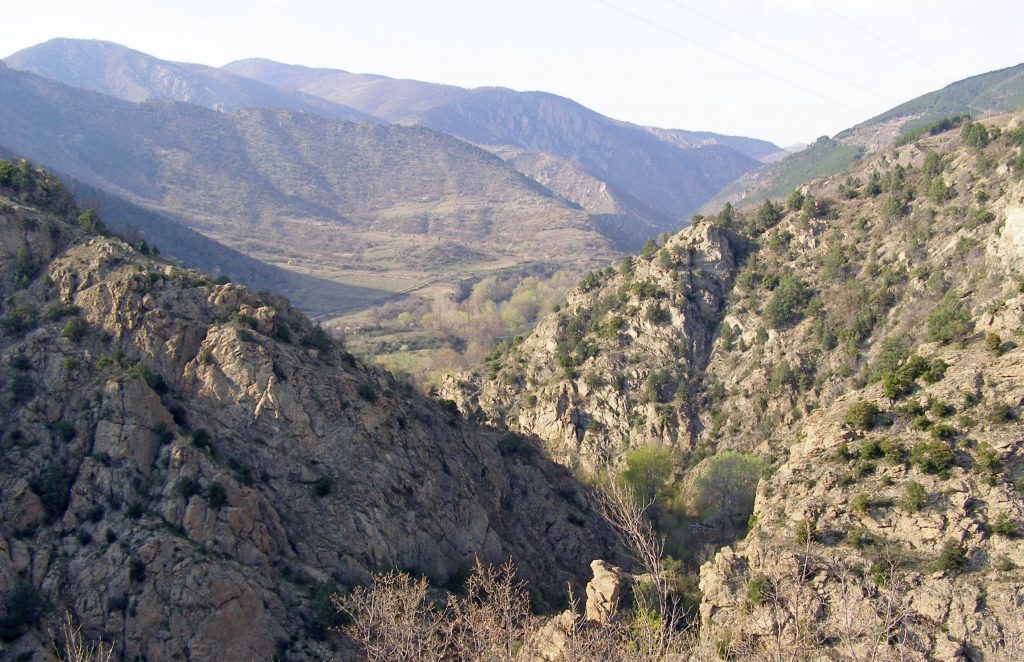 A legal complaint submitted today to the European Commission by campaign groups [1] alleges that the construction of a controversial EU-funded motorway is already breaking EU nature laws, and warns that completing the final section through Kresna Gorge nature reserve in Bulgaria would be catastrophic for protected animals and plants in the region. [2] The complaint calls on the Commission to investigate breaches of EU law, and could result in the Bulgarian government being taken to the European Court of Justice and hefty fines.

The 16km-long Kresna Gorge is the most biodiverse region in Bulgaria, home to 92 protected species, and part of the EU’s Natura 2000 network of protected areas. More species of butterfly live in one square kilometre of Kresna Gorge than in all of the UK.

Two good alternatives exist to complete the E79 highway, which links Germany with Bulgaria and Greece – without disturbing the protected gorge and in compliance with EU legislation, according to experts. [3]

However in April, the Bulgarian Government announced designs to build half of the Struma Motorway through the gorge. Non government organisations assess that this would irreversibly damage the nature haven and would breach EU nature laws. [4]

The Bulgarian government has already pressed ahead with construction of the motorway at either end of the gorge, funnelling extra traffic through it. The legal complaint notes that this breaches the EU Habitats Directive on two counts, and has already led to an increase in road killings and population decline of a number of protected species. [5]

Desislava Stoyanova, campaigner at Za Zemiata/Friends of the Earth Bulgaria said: “The Bulgarian government has two good options to prevent our richest nature site from being destroyed, but seems set on senselessly ploughing ahead and wiping out Kresna’s wildlife. The European Commission has no choice now but to seriously consider the case and block Bulgaria from using EU funds to break EU laws.”

In December, the European Commission publicly committed to better implementing its nature laws. [7]

Robbie Blake, nature campaigner at Friends of the Earth Europe said: “Kresna Gorge is a jewel of European nature, and needlessly destroying it with a motorway would be a crime. In April this year, European Commission environment chief Karmenu Vella promised to step up implementation of our vital EU nature protection laws, and how he acts on Kresna Gorge will put him to the test. This is a clear-cut case: either he intervenes, or his commitment to putting our nature laws into practice will just be empty words.”

A final decision has not yet been made on which route to take, with the results of a new Environmental Impact Assessment expected in the next few weeks. The local community and the wider Bulgarian public then will be able to express their views on this, and it will have to be approved by the EU Commission. If the Commission or European Court of Justice find that the project has breached EU nature laws, the Bulgarian government risks having to pay back some or all of the EU grant of just over €750 million. [8]

[1] The NGOs party to the complaint are: Friends of the Earth Europe, CEE Bankwatch Network, Za Zemiata/Friends of the Earth Bulgaria, BALKANI Wildlife Society, Green Policy Institute, Centre for Environmental Information and Education, School for Nature Vlahi [2] The E79 Struma motorway is part of the Trans-European Corridor 4 linking Hamburg (Germany) with Sofia (Bulgaria) and Thessaloniki (Greece). Kresna gorge is a Natura 2000 site, protected by the Habitats Directive. [3] These are a by-pass to the east of the Gorge, and a tunnel. See map: https://cloud.foeeurope.org/index.php/s/CKVu7jRZm88MJzL [4] In 2008, the ‘Appropriate Assessment’ for the Struma Motorway project, endorsed by the European Commission, deemed that any motorway construction in the Gorge and the option to maintain the current road for international traffic (the so-called zero option) is not in compliance with the EU Habitats Directive because of the detrimental and unavoidable impacts on the protected biodiversity. The legally agreed conclusion was to route all motorway traffic outside of the Gorge by means of a bypass or a tunnel. [5] The damage that has already occurred comes as a result of increased traffic brought on by construction at both ends of the Gorge, creating a bottleneck. Species in observed decline include land tortoises, Leopard and four-lined snakes, and 12 species of bats. Comparative monitoring reports over a 10-year period suggest that certain of the species, such as the four-lined snake, may even be extinct from the site. The populations of other small species living along the Gorge and the existing road have experienced decreases between 50 and 93 percent.