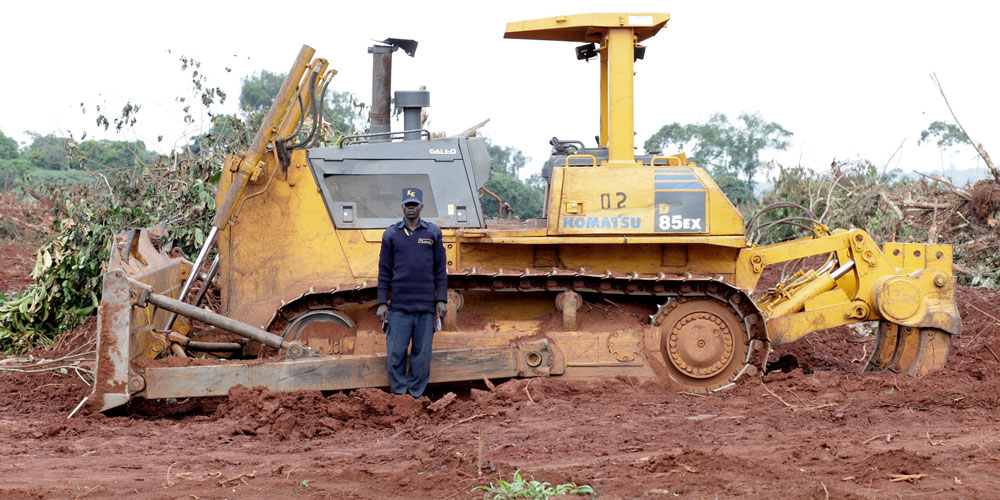 Friends of the Earth Europe, alongside Anywaa Survival Organisation, GRAIN and Re: Common called on major farmland investors today, such as banks and pension funds, to stop facilitating land grabs. The call comes on the eve of a global farmland investment conference in London on 3-5 December.

Banks and pension funds are increasingly engaging in large-scale acquisitions of land with extremely damaging consequences for local populations. The London conference will bring together funds with more than USD3 trillion in assets to explore opportunities for investments in Africa, Latin America and Russia.

Pension funds and banks attending the conference, for instance Deutsche Bank, must ensure they do not fund risky investments that threaten the livelihoods and food sovereignty of countless local communities. Since 2000 rising financial investments in land have contributed to more than 200 million hectares of land being taken from small farmers, fisherfolk, and other rural communities, robbing them of their means of survival.  Land grabbing also frequently involves violent evictions and human rights violations.

Anne van Schaik, accountable finance campaigner for Friends of the Earth Europe said: “Communities around the world are struggling to deal with the increasing land grabs. Many small-scale land holders have lost their sole source of income and the consequences for the environment are often disastrous. Yet, investors are gearing up to accelerate the grab of the world’s most fertile farmlands, trampling community rights to reap more profits. This needs to stop. Major investors such as banks and pension funds need to urgently investigate their investment portfolios and stop funding land grabs”

The report reveals the significant involvement of these financial institutions in food speculation, and the direct or indirect financing of land grabbing. Since the release of the report some banks have acted and stopped issuing new investment products for food speculation, others are considering doing so.

More recently, the European Parliament passed a directive on financial markets, which, despite some dangerous loopholes, has the potential to limit the banks’ gambling with food. However, the risk of investments leading to landgrabs, and threatening the livelihoods and food sovereignty of countless local communities remains. Friends of the Earth continues to support local communities to resist the takeover of their lands.

This week in Liberia the Sustainable Development Institute (SDI) / Friends of the Earth Liberia held a major conference with oil palm plantations-affected communities who are demanding to be heard and consulted. Malaysian palm oil giant Sime Darby and the Singapore-listed Golden Verolum, who hold concessions of over 600,000 hectares, almost exclusively to grow palm oil. These large scale monoculture plantations jeopardize the land rights of local populations, threaten local livelihoods, the wellbeing of communities, and put the future of one of the world’s most significant biodiversity hotspots in doubt.

Huge areas of fertile arable farmland, more than 3.6 million hectares,have been allocated to foreign investors with little consultations with the affected communities. In Gambela region, Indian company Karuturi Global has been allocated 300,000 hectares of land depriving indigenous people of access to water, fishing and grazing grounds, traditional construction materials, and food. Like in many other cases there has been a lack of prior consent and consultation with the local people and affected communities were not consulted and did not give their prior consent these farmland investments.

“In Ethiopia and elsewhere farmland investments for instance in plantations are jeopardizing the land rights of local people, and threatening local livelihoods,” said Nyikaw Ochalla from Anywaa Survival Organisation-ASO.

“We are currently supporting pastoralists communities’ claims against the Italian company Tozzi Green which aims to lease 100 000 hectares in the Ihorombe region to mainly cultivate jatropha for agrofuel production” she adds.

A report released earlier this year by Friends of the Earth Uganda revealed widespread violations of people’s rights and environmental destruction from a land grab in Uganda.