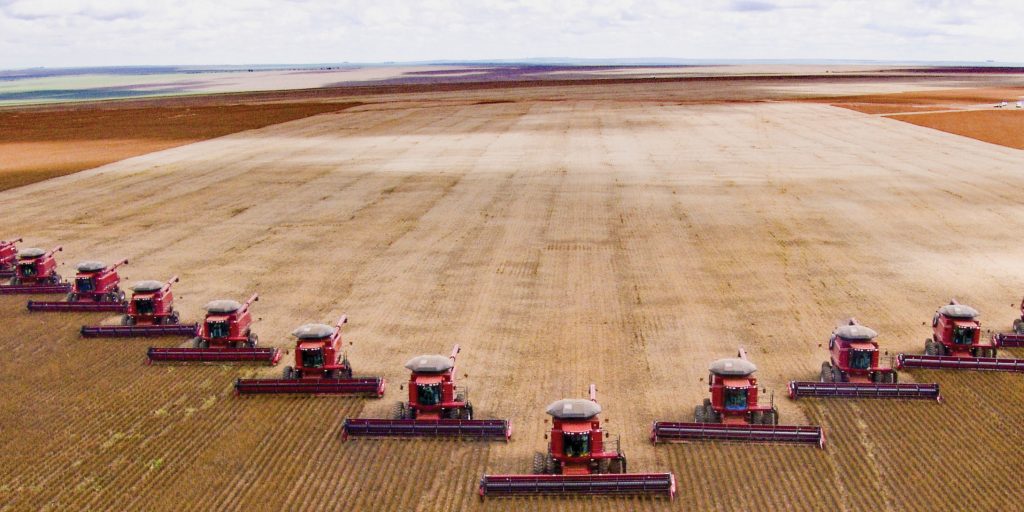 European Commission President Jean-Claude Juncker and his Commission have today confirmed that the EU’s flagship nature laws – the Birds and Habitats Directives – will be saved and not rewritten and weakened, ending two years of uncertainty over the laws’ future. They have also called for a plan to better implement these laws. [1]

This is a win for the record half a million people who called on the Commission to save and enforce these laws as part of the Europe-wide #NatureAlert campaign. [2]

The EU nature laws are fundamental to nature protection in Europe [3], safeguarding more than 1,400 threatened species and one million square kilometres of natural habitats in Europe that fall under their protection. They are also enormously popular, and have been fiercely defended by scientists, the public, businesses, the European Parliament and national governments. [4]

Environmental NGOs have welcomed the decision [A1] and also emphasise that the tough work still lies ahead to turn this decision into a real victory for nature – by coming forward with strong proposals to implement and enforce these laws and tackle the drivers of nature loss, notably industrial agriculture. [5]

Robbie Blake, nature campaigner at Friends of the Earth Europe said:
“Europe’s troubled nature has dodged a bullet today. We all need nature in our lives for health and well-being, so this decision to keep some of Europe’s most important and popular laws, is a no brainer – but these vital nature protections should never have been in doubt in the first place. This is a defeat for those who seek to slash our environmental protections in the name of cutting so-called ‘red tape‘.” 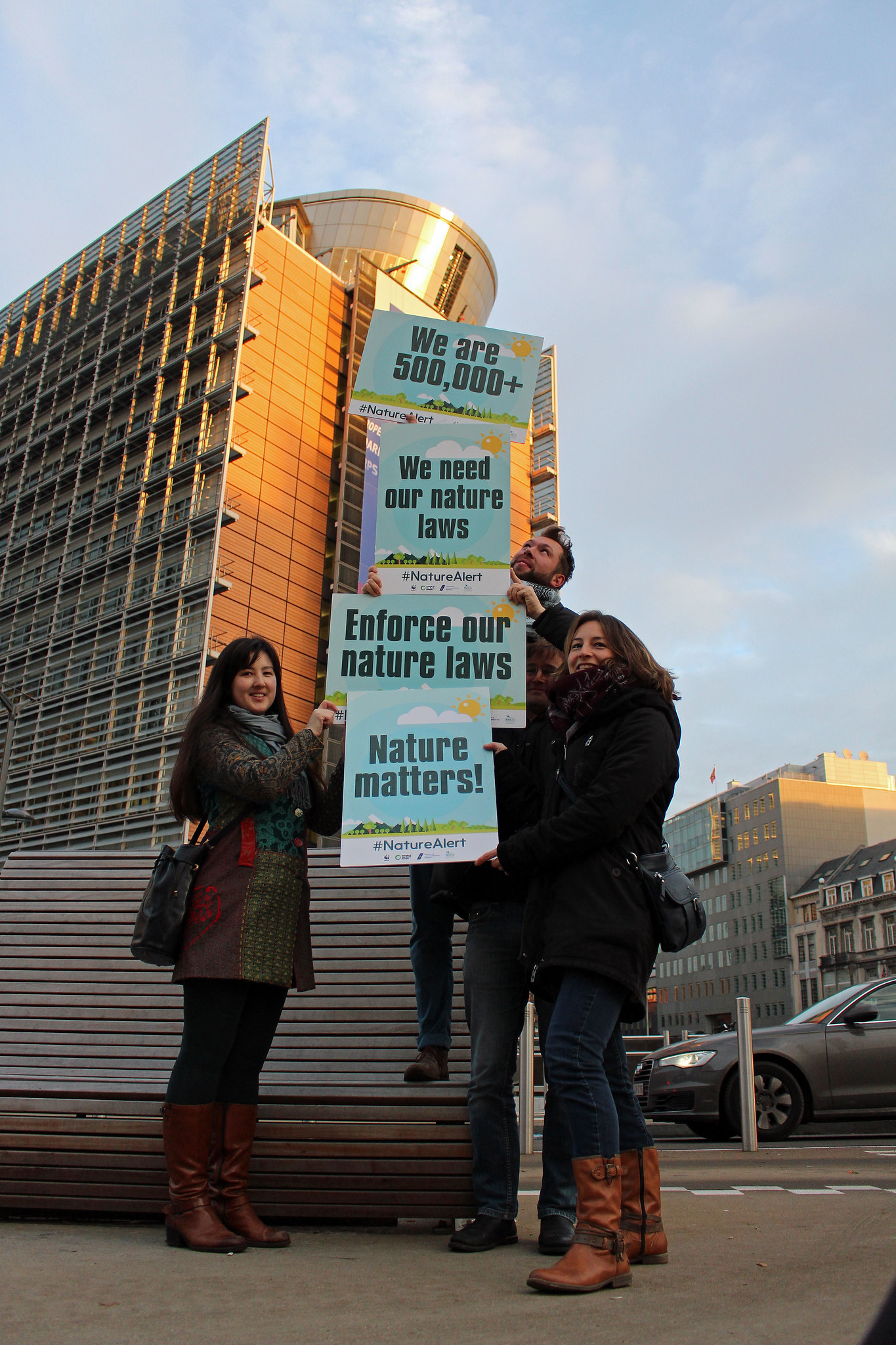 Ariel Brunner, Senior Head of Policy at BirdLife Europe said:
“The Commission’s decision to save our nature laws shows that the voice of over half a million citizens who called for the laws to be enforced were heard loud and clear. Nature is a key value of our society and necessary for our survival. This also is a victory for the idea of European cooperation as nature knows no boundaries.”

Andreas Baumueller, Head of Natural Resources at WWF European Policy Office said:
“Today we have unanimous agreement: the EU Nature laws are “fit for purpose” to protect nature and our health. The Juncker Commission must now open a new chapter and come up with a strong action plan to address the insufficient implementation of these laws, ensure their enforcement, and effectively target unsustainable developments. The best law is not worth the paper it is written on if it is not sufficiently implemented!”

Pieter de Pous, EU Policy Director at the European Environmental Bureau said:
“Not only is nature conservation chronically underfunded but the Common Agricultural Policy (CAP) continues to degrade our natural environment by rewarding the biggest farms which pollute the most, driving up the cost of preserving our habitats and wildlife even further. The longer it takes to reform the CAP and align it with environmental objectives, the more difficult and expensive it will be to halt nature loss. The Commission must kick-start an ambitious overhaul of the CAP to ensure it rewards farmers who protect Europe’s wildlife and the natural resources farming so heavily depends on – water and soil.”

Free-to-use photos from a #NatureAlert stunt this morning outside the Commission: https://www.flickr.com/photos/foeeurope/albums/72157675811740352

[2] The #NatureAlert campaign launched in response to the European Commission’s review of the Birds and Habitats Directives. This stemmed from President Jean-Claude Juncker’s instruction in 2014 to Environment Commissioner Karmenu Vella to “carry out an in-depth evaluation of the Birds and Habitats Directives and assess the potential for merging them into a more modern piece of legislation”, as part of the ‘better regulation’ initiative.

An unprecedented coalition of over 200 NGOs across every EU member state gathered in response, calling for the Directives to be saved and better implemented – not ‘modernised’.

In the biggest public consultation in the EU’s history, more than 520,000 citizens called for the Birds and Habits Directives to be saved and better implemented – more than 94% of the total responses.

[3] The Birds and Habitats Directives contribute to achieving the EU’s commitment to halt and reverse biodiversity loss by 2020. They are responsible for the creation of the largest and most coherent network of protected natural areas in the world (the ‘Natura 2000’ network), covering 18% of EU territory on land (over 1 million square kilometres) and around 6% of its seas.

They provide protection for threatened habitats and over 1,000 rare and vulnerable species, including the Imperial eagle, Lynx, and Dalmatian pelican.

Over one billion people visit Natura 2000 sites, including the Danube Delta, the Picos de Europa, the Carpathian Mountains and the Waddenzee each year, supporting 4.5 to 8 million jobs.

[4] In December 2015, the Environment Council recognised the importance of full implementation of these “essential” laws to “maintain legal certainty for all stakeholders”.

In February 2016, the European Parliament voted overwhelmingly to oppose “a possible revision of the Nature Directives”.

312 small and medium-sized enterprises have called on the Commission to maintain stable, effective and predictable nature legislation.

[5] NGOs next expect Commissioner Vella to propose follow up actions in a Communication or action plan to meet the EU’s target of halting biodiversity loss by 2020, in spring 2017.