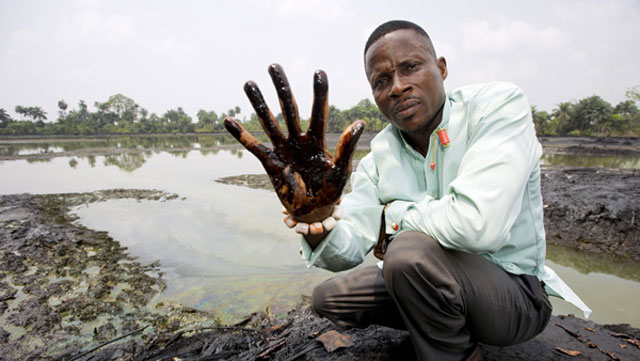 The European Commission has been found guilty of maladministration following a complaint by Friends of the Earth Europe in relation to the entries of oil companies Shell and BP in the European Union’s lobby register. [1]

In 2011, Friends of the Earth Europe filed two complaints to the lobby register secretariat on the suspicion that Shell and BP were under-reporting their lobby-budgets. These complaints, and a subsequent freedom of information request, were insufficiently responded to; with the European Commission arguing that disclosure of information related to lobby-budgets was “irrelevant”.

Clear rules about how lobby groups declare memberships are necessary, according to Friends of the Earth Europe, to ensure groups that outsource their lobbying (through think tanks and trade associations for example) declare costs made on their behalf. Since the Friends of the Earth Europe’s complaint to the ombudsman in February 2012, Shell has increased its lobby budget in the register from €400,000 to €4,000,000.

Reacting to the Ombudsman’s decision, Natacha Cingotti, corporate and transparency campaigner at Friends of the Earth Europe, said: “This ruling touches on key issues with the current lobby registration system. The register will never be credible with a voluntary approach to declarations – voluntary transparency means selective transparency. Lobby groups and companies with something to hide can decide what to disclose and what to withhold. We need mandatory registration and clear guidelines about exactly who should declare what, and how.”

The European Ombudsman, Nikiforos Diamandouros, responsible for dealing with complaints about maladministration in European institutions, expressed regret at the Commission’s behaviour: “complaints are a valuable resource to help improve the system that the Commission has put in place. By clarifying the question of membership fees, improvements could clearly be achieved. The Ombudsman regrets that the Commission does not appear to share his view on this point.”

The ruling also highlights the need for the European Commission to improve transparency around refusals of access to information requests. Friends of the Earth Europe and ClientEarth continue to advocate jointly for the respect of the public’s right to access EU documents.

Natacha Cingotti continued: “This case confirms our concerns about the openness with which public requests for access to documents are treated. The European Parliament must pressure the European Commission to comply with its legal obligation concerning access to information. “

Friends of the Earth Europe campaigns for transparency in lobbying – crucial to guard against the risks of undue influence of transnational companies, like Shell and BP, who promote harmful policies for the climate and environment. In January this year, a Dutch court found Shell guilty of failing to prevent the pollution of farmlands in the Akwa Ibom State of Nigeria – the first time Shell has been ordered by a court to pay compensation for damage caused by its operations. The case continues following Shell’s acquittal in two other cases of pollution in the same region.

[1] The lobby register should provide information about who is lobbying the EU institutions, and the amounts invested in these activities, however, the accuracy of information is often questionable, according to Friends of the Earth Europe.

– The European Commission failed to provide Friends of the Earth Europe with the reasons for rejecting their complaint;

– The European Commission refused access to part of the requested information by Friends of the Earth Europe, using the argument that this was “irrelevant” but failed to justify this decision by using the exceptions of Regulation 1049/2001 on public access to EU documents to back the refusal.