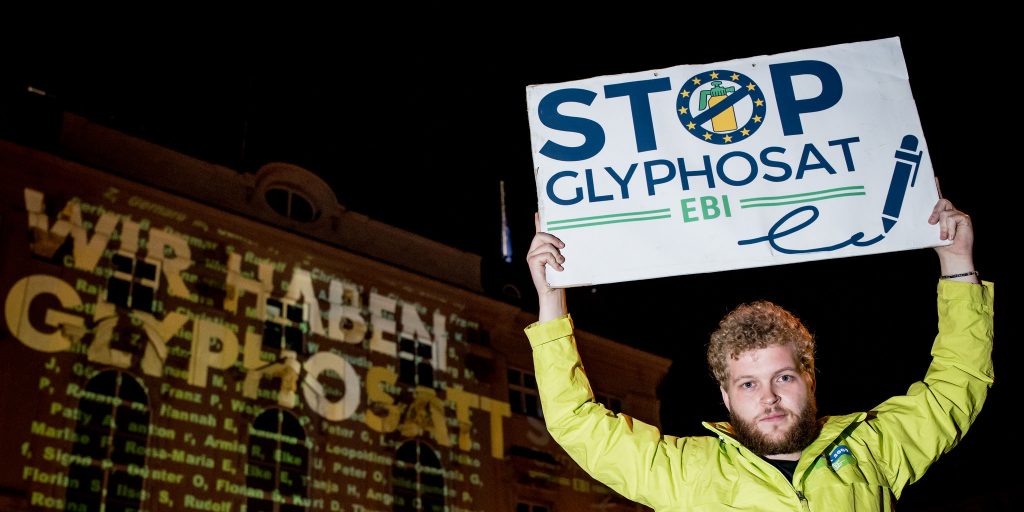 Adrian Bebb of Friends of the Earth Europe said: “Glyphosate damages nature, probably causes cancer, and props up an industrial farming system that is degrading the land we need to feed ourselves. Today’s approval, even if only for five years, is a missed opportunity to get rid of this risky weedkiller and start to get farmers off the chemical treadmill. Five more years of glyphosate will put our health and environment at risk, and is a major setback to more sustainable farming methods.”

Glyphosate is the most widely-used weedkiller in the world and is used excessively by non-organic farmers, as well as in playgrounds, parks and other public places. Traces are found in many foods and drinks, as well as in the soil and water. Tests have also found glyphosate in the breastmilk and urine of people. In March 2015 the International Agency for Research on Cancer (IACR) concluded that glyphosate was genotoxic (alters DNA) and probably causes cancer.

The EU’s food safety watchdog has given glyphosate a clean bill of health but has been accused of plagiarism by copying the main safety arguments from the industry’s application. In addition, papers released in the USA reveal that the main producer of glyphosate, Monsanto, has been ghost writing safety studies, covertly paying European scientists and has unduly influenced regulatory authorities to support the continued use of glyphosate.