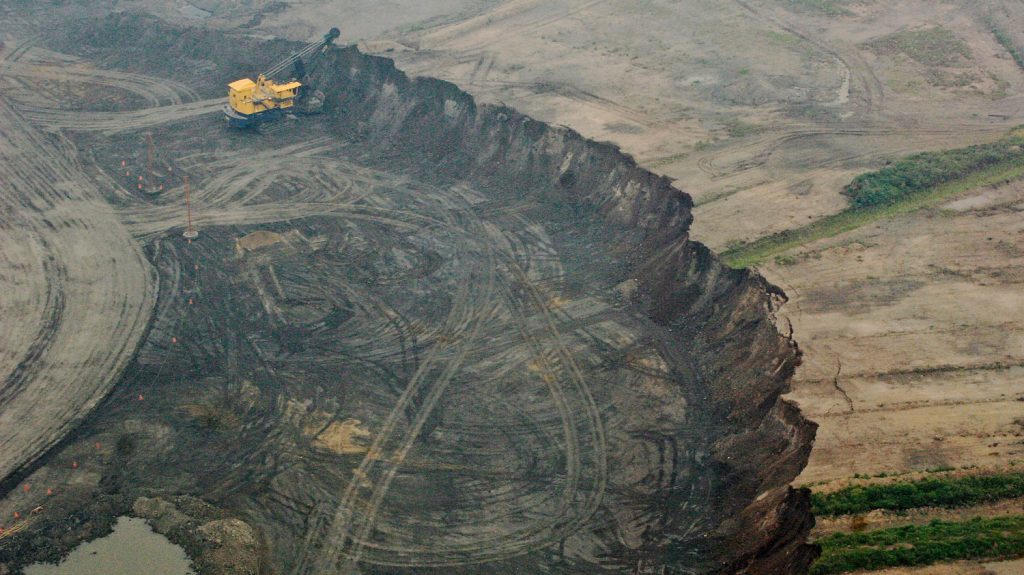 The United States and Canadian governments are using ongoing trade talks to push the European Union to allow devastating tar sands unfettered access to its market, according to a new report out today.

As trade negotiations between the EU and US on a transatlantic trade treaty continue in Brussels this week, the research by European and North American environmental organisations reveals how Canada and the US have been using trade talks to pressure Europe to weaken its climate policy.

Urged on by the oil industry, they have successfully delayed and potentially weakened key EU legislation aimed at reducing greenhouse gas emissions from transport fuels.

Despite official denials of having objected to Europe’s proposed regulations, access to documents requests reveal that the US government has sought to weaken a European policy to clean up transport fuels that would effectively curtail the import of tar sands and other dirty fuels into Europe.

In a letter last week 11 members of the US Congress questioned the US Trade Representative about attempts to influence EU climate policy. They expressed concern that the US position could undermine EU efforts to reduce carbon pollution, and made clear that pressuring the EU to alter its Fuel Quality Directive would be inconsistent with the goals of President Obama’s Climate Action Plan.

Other evidence suggests Canada has used threats of WTO action as well as its bilateral trade negotiations to put pressure on the EU to remove all disincentives to imports of tar sands oil – one of the most climate polluting fuels on the planet. The pressure has taken the form of intense lobbying and scaremongering about the alleged damage caused by the EU’s Fuel Quality Directive [1].

“The sustained attacks by the US and Canada on the European Union’s key legislation on transport fuel emissions seem to be paying off. Europe is again failing to stand up effectively for its own climate policy. The trade agreement with the US is being used as a Trojan horse to bring dirty tar sands imports to Europe’s shores. Clean fuel rules might just be the first EU policy dismantled by this trade deal, even before it is agreed,” said Fabian Flues of Friends of the Earth Europe.

“Tar sands oil is one of the most climate-polluting fuels on the planet. It’s shocking that the U.S. is pushing the EU to weaken its climate rules just as the Obama administration is talking up its commitment to tackle climate disruption. The U.S. is using the trade deal to back the oil industry at the expense of the families and communities already affected by climate disruption,” said Ilana Solomon of the Sierra Club.

The EU is negotiating separate trade agreements with Canada and the US – the Comprehensive Economic and Trade Agreement (CETA) with Canada, and the Transatlantic Trade and Investment Partnership (TTIP) with the US.

The proposed trade agreements will impact many aspects of the life of citizens on both sides of Atlantic, including food, energy, consumer goods, and financial services as well as paying compensation for the investment failures of foreign companies. Yet, they are being held behind closed doors without access for citizens, national parliaments or lawmakers.

Leaked documents made public last week show that the EU is seeking to use trade talks with the US to allow for increased imports of US oil and gas which would keep the EU dependent on high levels of fossil fuel imports [5].

“The Commission always says free trade deals do not undermine the ‘right to regulate’. Fine. But the real issue is they create ‘fright to regulate’, and what is happening to the FQD is a perfect example,” said Jos Dings of Transport & Environment, a member of the European Commission’s TTIP Advisory Group.

“This attack on Europe’s right to regulate its transport fuel market is just one example of how some companies intend to use an EU-US trade deal to dismantle environmental, health and labour protection. The reality is that the few remaining trade barriers between Europe and the US could well be removed without an agreement like TTIP whose economic benefit would be minuscule. A trade deal that works against everyone’s interest to maximise the profits of a handful of corporations makes no sense,” said Juergen Knirsch of Greenpeace.

[1] The Fuel Quality Directive, part of Europe’s package of climate measures agreed in 2009, aims to reduce the greenhouse gas emissions from Europe’s transport fuels. Previous proposals for implementation were rejected in 2012 after intense lobbying by Canada and the oil industry.

The European Commission is now considering new proposals to implement the Fuel Quality Directive. According to media reports they no longer contain a key provision to discourage the use of tar sands oil and other extremely climate-damaging fuels in Europe.

The organisations are concerned that the Transatlantic Trade and Investment Partnership (TTIP) negotiations are already being used to open up new avenues for dangerous industry proposals at the expense of the protection of workers, consumers and the environment. Examples include proposals for permanent regulatory cooperation between the EU and the US, and granting foreign investors special privileges that would allow them to sue host governments in secret corporate courts for regulatory decisions that they take in the public interest.